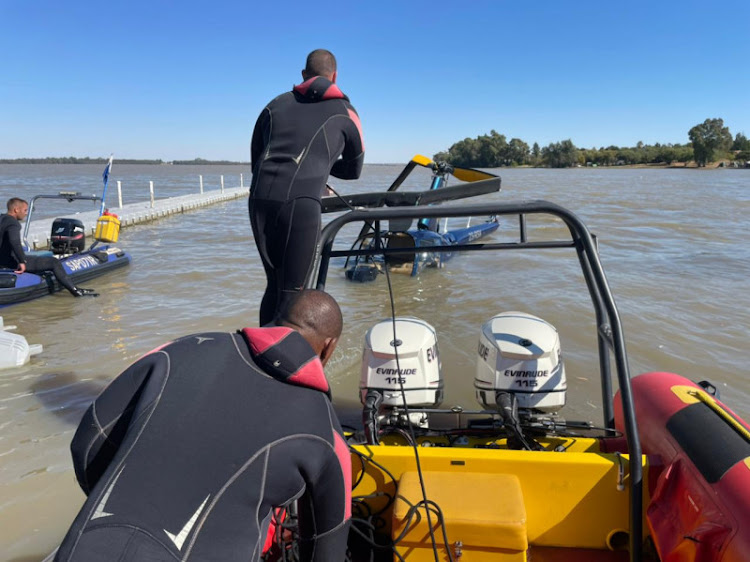 SA's aviation community is reeling from Friday's helicopter crash at the Vaal Dam which claimed the lives of a well-known Johannesburg businessman, his sister and his two dogs.

Jacobus “Essie” Esterhuysen, his sister Dané and Beagle terriers Abigail and Pablo were killed on Friday when the Robinson R44 helicopter that Esterhuysen was flying crashed into the water at Sunset Cove just seconds before landing.

Esterhuysen, 69, owner and MD of the Esgro Group that managed food franchises such as Wimpy and Steers at filling stations, was en route from Rand Airport in Germiston to spend a weekend at his house at Vaal Marina.

The helicopter was on its final approach to the helipad on the lakeshore when it flew into water.

Pilots took to local aviation forum Avcom to express their shock and offer their condolences to the Esterhuysen family.

Some forum members posters said SA aviation had “lost a giant”. Others said “Essie” was a gentleman who always gave back to help  those less fortunate.

The world is poorer without you. I'm gutted

He previously arranged flying days at Rand Airport to share his passion for aviation with people from disadvantaged backgrounds.

Forum member  “Eitai2000" wrote: “RIP Essie, you were a man with a great heart, and helped me and so many others in our passion for aviation.”

Another aviator, JP Schulze, wrote that Esterhuysen changed the course of his life forever.

“You taught me about candour and paying it forward,” he said. “You were the most principled, ethical man I've ever met, and I stand amongst hundreds echoing the same words. The world is poorer without you. I'm gutted.”

Judging altitude over calm bodies of water is notoriously difficult and can lead to pilots thinking they have more height than they do.

It was also officially after sunset which would have made judging the terrain much harder, they said.

Other possibilities could be a medical emergency or that one of the dogs managed to wriggle out of its harness and cause a disturbance at a critical moment of flight.

The SA Civil Aviation Authority (CAA) would conduct an investigation into the crash, spokesperson Kabelo Ledwaba said on Friday.

The NSRI duty crew were alerted to reports of a helicopter accident at the dam after 6pm on Friday.

“On arrival on the scene, near to the Vaal Marina, 200m offshore, a Robertson-44 helicopter was found to have ditched in the Vaal Dam,” he said.

A bystander rowed out the crash site in a small boat and recovered Dané's body.

Elsa van Zyl, a family member, told Netwerk24 Esterhuysen was bringing Dané to his Vaal Marina home to spoil her with a weekend away. She managed his guest house in Wilderness along the Garden Route.

She said Esterhuysen loved to entertain people on the dam.

Two people died when their helicopter plummeted into the dam on Friday evening.
News
1 year ago

The SA Civil Aviation Authority has started an investigation into what caused a helicopter crash which claimed two lives in Durban on Monday.
News
1 year ago