Are you on Discovery? Here's what to expect from phase 2 of the vaccine rollout 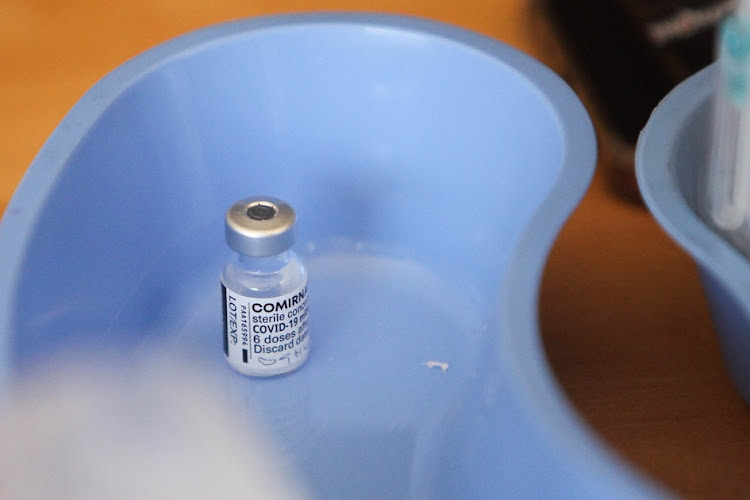 A Covid-19 vaccine being prepared at Andries Meyer Old Age Home in Joburg on May 17 2021.
Image: Alaister Russell/The Sunday Times

Medical aid scheme Discovery has transformed its Sandton head office in Johannesburg into a vaccination centre with 30 administrators who are equipped to adminsister over 2,500 vaccines daily.

This is according to a communique issued to Discovery beneficiaries by company CEO Adrian Gore ahead of the launch of its mass vaccinations on Monday.

In March, Discovery announced an ambitious target to inoculate 3 million members from May. It said it would vaccinate 550,000 high-risk members within a few weeks, and members over 60 and people with underlying conditions by the end of June.

This is part of its joint effort with the government to vaccinate millions of South Africans.

Gore cited the decision to halt the use of the AstraZeneca vaccine and the temporary suspension of the Johnson & Johnson vaccine as some of the challenges that influenced the procurement process.

Health minister Zweli Mkhize says elderly citizens living in old age homes will be registered and vaccinated at the facilities.
News
6 months ago

Here's what to expect from the vaccine rollout:

Vaccinations will be free for all members. It said it will fund the jabs for its members and this will not affect their medical aid savings and benefits.

Discovery Health will operate the vaccination sites which include its offices, selected Virgin Active clubs and the Gallagher Estate among others. The sites will be rolled out in a phased-in approach to ensure the smooth running of the process in its teething stage.

In total, there will be 20 sites across the country.

Discovery will deploy 500 people who will administer the vaccines through its programme, and will establish 20 large-scale vaccination sites.
News
8 months ago

Members over the age of 60 can register on the Discovery vaccination portal and the health department's EVDS portal. Registered members will receive SMSs confirming their vaccination dates.

Gore urged South Africans to get vaccinated as this will help reach immunity against the virus.

“Moving into this phase of the Covid-19 vaccination campaign marks a significant turning point in the battle against Covid-19. It will result in thousands of lives being saved and is critical to building the economy. The faster we can roll out the vaccines, the quicker we can realise these benefits. We all need to choose vaccination.”

'This is the best way of being safe': Pretoria man, 72, lines up for Covid-19 vaccine

It was all systems go at Pretoria’s FF Ribeiro Clinic, where scores of the city’s elderly and health workers queued for their Covid-19 vaccine on ...
News
6 months ago

Elderly woman paints a positive picture as she receives vaccine

"I have to live on to see my family grow — I plan to do that," said Ethelwyn van Eck, 84, as she received her Covid-19 vaccine on Monday.
News
6 months ago

Health minister Zweli Mkhize says elderly citizens living in old age homes will be registered and vaccinated at the facilities.
News
6 months ago