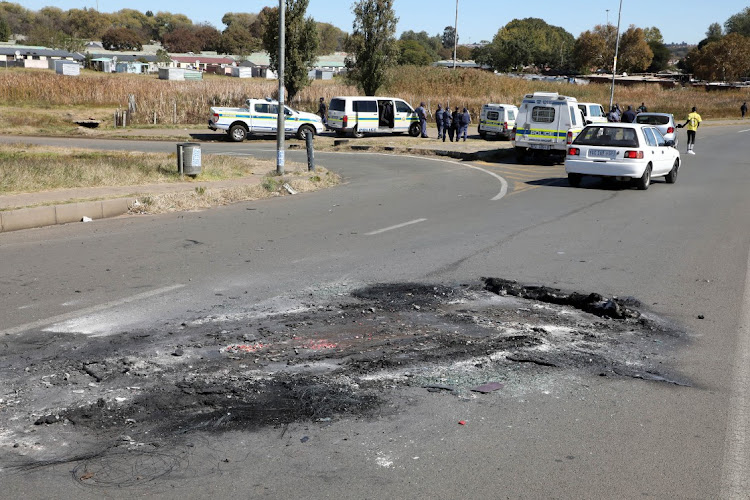 Ashes remain on the roads leading into Nancefield Hostel in Soweto where four cars were burnt during a violent protest over electricity after cables were stolen.
Image: Getty/ANTONIO MUCHAVE

The killing of two security officers tasked with protecting an electrical substation from cable thieves has highlighted the danger that lurks behind the crime often referred to as economic sabotage.

The officers, who were part of a reaction team stationed at Verref substation in Vereeniging, south of Johannesburg, were gunned down on Friday, two days after four of their colleagues were brutally assaulted with pipes and landed in hospital.

The guards, employed by Wenzile Phaphama Security, have been hired to protect six substations and hundreds of kilometres of copper cable networks which criss-cross Emfuleni. The municipality has been hard hit by cable theft in recent months, with at least one incident of theft reported a week, according to Emfuleni’s lead administrator, Gilberto Martins.

Johannesburg is determined to crack down on the spate of electricity cable thefts hitting the city.
News
1 year ago

A suspected cable thief was badly burnt and hospitalised on Thursday afternoon after allegedly tampering with a mini electricity substation in East ...
News
1 year ago