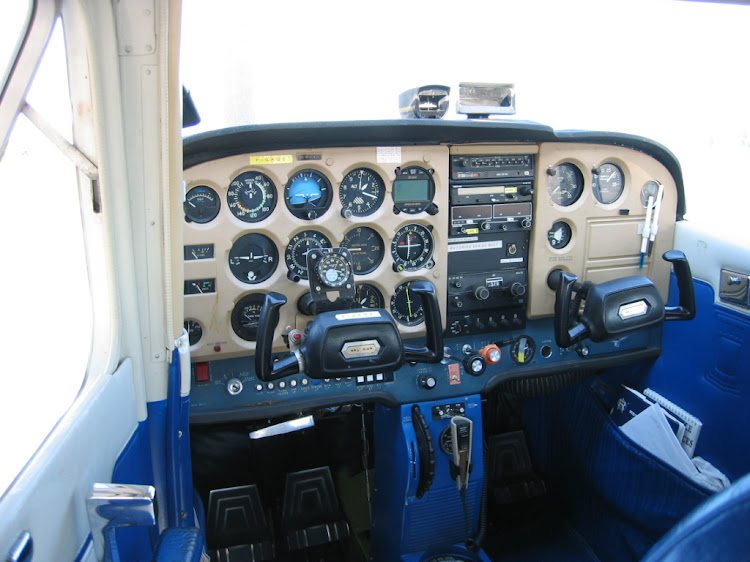 The fatal midair collision during night-flying training southwest of Johannesburg on April 26 took the lives of two students who were busy with flight training in SA.

According to the preliminary report released on Tuesday by the SA Civil Aviation Authority, one of the pilots involved was a 21-year-old Indian national while the pilot flying the other aircraft was a 31-year-old Saudi Arabian citizen.

There was also an SA instructor pilot in each aircraft.

The names of the four pilots have not been released.

The report found that the licences of all the aircrew were up to date and the aircraft had current airworthy certificates.

The collision occurred over sparsely populated countryside southwest of Johannesburg in an area set aside for flight training.

The two planes — both popular Cessna 172 training aircraft — had departed from separate airports just after sunset.

One plane, registration ZS-PXI and owned by flight training company Skyhawk Aviation, departed Lanseria International Aerodrome on a night navigational exercise which would have taken it south to the general flying area before turning north towards Rustenburg and then back to Lanseria.

The other aircraft, ZS-OMN, which belonged to Central Flying Academy at Rand Airport, near Germiston, was on a night-time training flight to the same flying training area, the report said.

Both aircraft were equipped with transponders which broadcast a unique code that can be tracked by air traffic controllers.

Each aircraft also carried a flying instructor who was the pilot-in-command on each flight.

ZS-PXI was seen on secondary surveillance radar (SSR) entering the flying area at 7pm on a compass heading of 210 degrees and at an altitude of 6,700 feet.

Nine minutes later, the aircraft turned onto a heading of 30 degrees.

ZS-OMN was also seen on radar flying into the general flying area at 7.05pm at an altitude of 6,700ft, heading to the Golf Alpha Victor (GAV) beacon, a navigation located on the ground in the flying area.

It changed heading from 250 degrees to 290 degrees shortly after entering the flying area.

The two planes collided at about 7.11pm, about 1.4 nautical miles northeast of the beacon.

One of the pilots aboard ZS-PXI broadcast a mayday message, which was heard by two other aircraft.

ZS-OMN crashed into a maize field and set the plants on fire while ZS-PXI travelled a further 600m in a steep nose-down attitude before hitting a rocky koppie.

The burning aircraft was quickly located by emergency services but it was another few hours before a SAPS crew using a helicopter equipped with “night sun” searchlight located the wreckage of the other aircraft.

Both crashes were not survivable, the report said.

Investigators found ZS-OMN’s left-hand horizontal stabiliser and ZS-PXI’s left hand wingtip just metres apart from each other and far from either crash site, indicating that the planes collided left side to left side.

While the preliminary report did not make any conclusions, the collision sparked heated discussion on local aviation forum Avcom with at least one pilot saying that poor radio work and confusion on when to change frequencies to both broadcast positions as well as monitor other aircraft traffic meant a midair collision was inevitable.

The Cessna 172 is a four-seat, high-wing aircraft that is popular among flight training organisations worldwide for its ruggedness as well as docile handling characteristics.

The type first flew in 1955 and it remains in production today. Some 44,000 have been built, more than any other aircraft.

An experienced commercial pilot and his passenger died on impact shortly after they took off in a microlight in Ballito last month, a preliminary ...
News
1 year ago