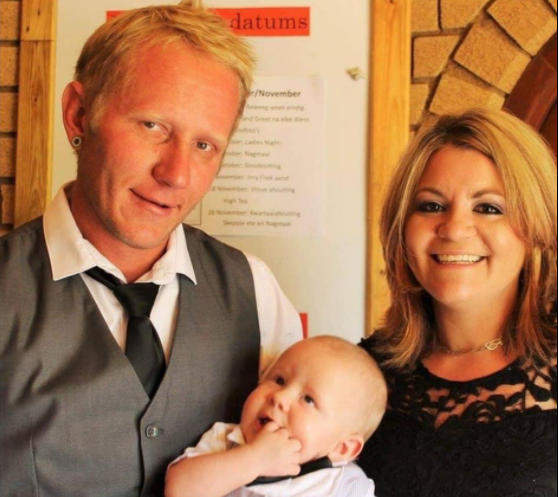 It's been almost 12 years to the day since Dudley Cole, 35, was involved in a hit-and-run incident on Ontdekkers Road in Roodepoort, west of Johannesburg.

And now he's in a coma at Milpark Hospital after a second hit-and-run crash on Saturday in almost the same place in the same month as his first. Once again his family is desperately seeking answers and praying for his survival.

His sister Candice said Dudley was driving a silver Kia Rio between 4.30pm and 5.30pm when the driver of a silver sedan-type car allegedly executed a manoeuvre which caused Dudley to swerve.

“We don't know all the facts but people have come forward to say the person in the silver car was drunk, or that [people] in the silver car were in an argument, but we know the silver car hit my brother's car. [Dudley] tried to move out of the way but he lost control and drove over the centre median and hit a tree. The other car drove away,” she said. 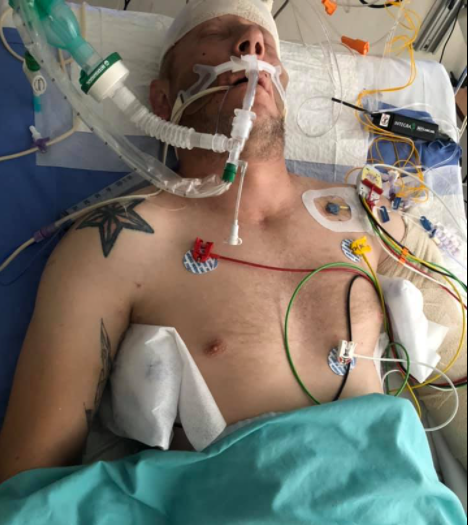 Dudley Cole has been in a coma since his hit and run incident on Saturday.
Image: Candice Cole

Dudley was left with severe injuries, similar to those sustained his first incident.

“On Saturday and Sunday he wasn't able to breathe on his own, but we just learnt he's now getting oxygen to his brain and the swelling [of his brain] has normalised.

“Again his lung collapsed and he rebroke his left arm and leg and several ribs. It was his second time being airlifted to Milpark Hospital.”

Candice has created a Facebook group My Brother to help keep loved ones informed of Dudley's progress — but most importantly, as a call for witnesses to come forward.

The Facebook page has already brought one witness forward about an incident on the same day just up the road from Dudley's crash,  where a similar vehicle allegedly caused an accident a few minutes later.

It is yet  to be determined if the incidents involved the same driver.

Dudley's wife Ilze and toddler Rogan have been at his bedside throughout.

Candice was also involved in a minor hit-and-run accident on Christiaan de Wet Road, which joins Ontdekkers Road, in February 2020. She said the road needs more cameras to ensure hit-and-run perpetrators don't get away.

My brother....Dudley! He was in a horrific car accident yesterday afternoon (15 May 2021) we confirmed the time of the...

“I know for a fact that there's a need for more cameras. I was also in a hit-and-run by a woman who was drunk. But I found her. So the need is there.

“When you witness something like that, stop and help. [In Dudley's case] nobody phoned the police. There are not enough people who are willing to help. I understand people are scared to stop on a busy road — but [witnesses] are so necessary for families. If just one person got number plates ... People have responded to us positively, but it only goes so far.”

Above, Netcare 911 posted from the scene on Saturday.

In his first incident Dudley was hit by a vehicle while on a motorbike.

“Nobody was ever found. We gave up looking then so we could go on with our lives.”

Candice said this time they are more prepared for what may happen in hospital and so are trying their best to find out who had left the scene.

Candice asks anyone who may have seen something that day to come forward. Her contact details are on the My Brother Facebook page.

SA's aviation community is reeling from Friday's helicopter crash at the Vaal Dam which claimed the lives of a well-known Johannesburg businessman, ...
News
1 month ago

Durban traffic officer airlifted to hospital after being struck by vehicle

Netcare 911 spokesperson Shawn Herbst said they responded to a collision at 8.28am on the N2 near the Prospecton Road off-ramp, Durban South.
News
1 month ago

Two farm workers were killed in the Free State when a goods train collided with a bakkie early on Thursday.
News
1 month ago