Vaccine rollout runs into teething problems from load-shedding to protests 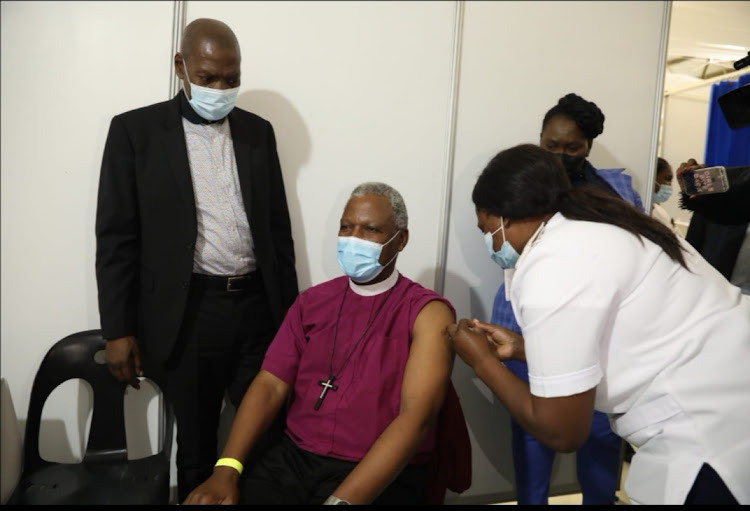 Load-shedding and protest action in areas of the country have contributed to teething problems experienced during the nationwide phase 2 vaccine rollout.

This was revealed by health minister Zweli Mkhize, who was speaking at the Royal Showgrounds in Pietermaritzburg, KwaZulu-Natal, on Tuesday.

The site is one of 27 which will form part of the 686 in the province and 3,200 sites earmarked nationally to be up and running by the end of August/September for the vaccine rollout.

The phase 2 inoculation process began on Monday and has been implemented to vaccinate senior citizens above the age of 60.

Mkhize said most provinces had started off well but there were challenges.

“Load-shedding was a challenge as it affected the electronic vaccination system. It made reception slow. We had to capture a lot of the data manually.”

Violent protests over poor service delivery disrupted the phase two rollout of the Covid-19 vaccine in the Free State on Monday.
News
4 months ago

He said 11,000 people had been recorded on Monday using the electronic vaccination data system (EVDS), while much of the manual record data needed to be collated.

“In some areas we were disrupted by protests. In Bloemfontein we had to close the site.”

He said another issue was that of wastage as healthcare workers were learning how much vaccine has to be withdrawn from each vial”.

“People are getting used to this. Every vial holds enough vaccine to vaccinate six people. We want to ramp up vaccinations to more than 20,000 a day.”

Mkhize said he had given the department a deadline to have all healthcare workers vaccinated by the end of the week.

KwaZulu-Natal health MEC Nomagugu Simelane-Zulu said the number of Covid-19 cases in the province was fluctuating daily, which remained a concern for her department as the virus was unpredictable.

“We have 61 new cases today, yesterday was 158 and the day before was 127. We should be worried. The virus is moving in a manner that is not predictable,” she said.

She said 55% of public healthcare workers and 62% in the private sector had been vaccinated.

“Over the past few days we have doubled our efforts and are hoping that by the end of the week we would have concluded inoculation of healthcare workers in the province.”

Simelane-Zulu said the provincial department would continue to communicate with the public about it vaccination sites and the 1,600 health teams which would be deployed to areas in the province.

“These sites will be advertised on our social media platforms and will also be announced on community radio stations for those who cannot access social media. We will be making pronouncements on a weekly basis about where we will be opening new sites.”

Health minister Zweli Mkhize says elderly citizens living in old age homes will be registered and vaccinated at the facilities.
News
4 months ago

Tshwane doctor confident the vaccine rollout will be a success

With a target of vaccinating 468 people over the age of 60 a day, Dr Mpho Shabangu is confident the programme will be a success.
News
4 months ago

Old age home residents Sampson Ndlovu and Elizabeth Gumede were among the first to receive a vaccine at the Andries Meyer Old Age Home in Eldorado ...
News
4 months ago