It's not just about road safety, crime is also a threat — Netstar warning to drivers 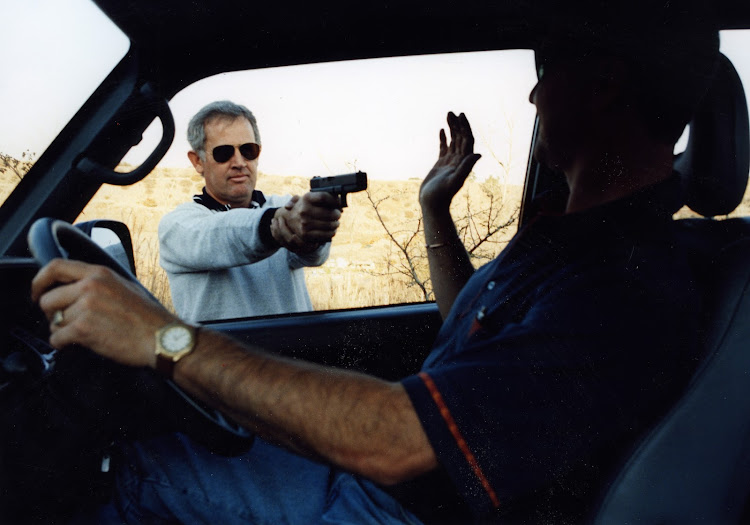 As the world observes UN Global Traffic Safety Week it is becoming more apparent that South African drivers need to develop a broader understanding of road safety — including crime awareness — to be safe on the roads.

This is according to Netstar's MD Pierre Bruwer, who encouraged drivers to be vigilant against all threats to their safety — not just traditional road safety challenges like speeding, following distance and roadworthiness.

The sixth UN Global Traffic Safety Week runs from May 17-23 under the slogan “Streets For Life”.

“While our crime levels are quite high in SA , there are a number of things we can do to make ourselves safe on the roads.

“Anyone who wants to be safe on the road needs to take that into account. It’s vital that we follow the rules of the road, but protecting yourself, your family and your assets also means being vigilant and protecting yourself against crime,” said Bruwer.

More than 4,500 carjackings were reported in the first quarter of this year, according to the most recent crime statistics released by the SA Police Service — a 4.9% increase. There were also 354 truck hijackings and 42 cash-in-transit robberies.

Bruwer said these figures point to a broader set of safety threats on SA roads, besides the traditional concerns of speeding, drunk driving and vehicle fitness.

Johan Jonck, spokesperson for Arrive Alive, echoed this sentiment, pointing out that the Covid-19 pandemic was also leading to a wider variety of road-safety threats.

Jonck said that vehicle crimes had been rising again since the end of lockdown.

He said this was likely due to people becoming desperate after the negative impact Covid-19 has had on the economy.

“As road users, we need to sharpen up a bit, and think South African. For instance, with many roads in poor condition, and the danger of crime, we should reduce driving at night. Because of reckless driving by others, we should approach all intersections with caution, regardless of what colour the traffic light is. It’s all about preventive awareness.”

Jonck also recommended that drivers be on the lookout for potential crime scenarios when on the road, and reduce speed significantly when driving in urban areas.

Bruwer agreed that crime awareness needed to be a core part of road safety awareness, and pointed out that there were numerous technologies that could help to protect road users.

“Fortunately, we can also use technology to protect and connect us, and ensure we’re safe when we’re on the roads — in every way.”

After claiming a false hijacking, the truck driver sold the chicken portions he was supposed to have been transporting for his employer.
News
6 months ago

What would you do if you were stopped on a highway at night by flashing blue lights on a vehicle in which the occupants were dressed in police ...
News
6 months ago

A VIP protection unit officer and a flying squad police officer have been arrested for alleged involvement with a syndicate hijacking trucks on the ...
News
7 months ago