More than 100,000 vaccinated during phase 2 of rollout

Plans to 'scale up capacity significantly in the coming days and weeks': B4SA 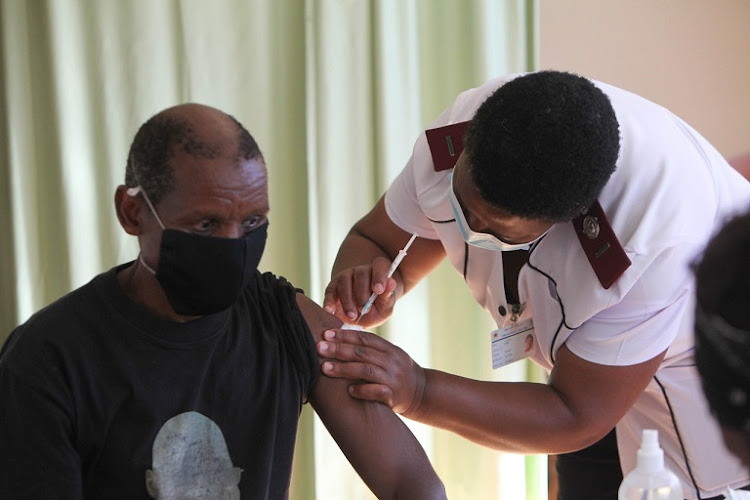 More than 100,000 people have been given the Covid-19 vaccine since the launch of SA's phase 2 rollout and plans are in place to ramp up the number of shots given in the coming weeks.

Business for South Africa (B4SA) said at a briefing on Friday morning that 117,000 people were vaccinated in the first four days of the rollout.

B4SA steering committee chairperson Martin Kingston said the second phase had started relatively smoothly. He said a war room was set up to ensure there was a more speedy response to issues that cropped up in the early stages of the rollout.

“It started off with small numbers, but there are plans to scale up capacity significantly in the coming days and weeks,” he said.

“One of our key drives is getting as many people to register. We believe in the coming days we will be opening registration and getting more vaccination sites on board to get more jabs in arms quicker.”

He said there were now 155 public sites and 22 private ones where vaccinations were taking place.

Kingston said 1.6 million over-60s had registered for the vaccine, adding that the mass vaccine rollout aimed to cover the most vulnerable groups first. He said it would prioritise those older than 60 to reduce the effect of the third wave of infections.

The goal of the programme was to vaccinate 40 million adults in SA, starting with 5.4 million over-60s.

Kingston said this would reduce the burden on the healthcare system. “We have secured the vaccine supply for this [45 million doses over the year],” he added.

To consume this supply over the next six weeks, the country had to vaccinate 192,000 people per day, Kingston said.

He said there were enough Pfizer vaccines in the system to be able to cover the lion’s share of the population above 60 in SA.

Kingston said the vaccine prices, administration fees and the payment process had been defined and agreed upon.

He said 480,000 healthcare workers had been vaccinated through the Sisonke programme, which aimed to give 500,000 health workers access to vaccines, starting in February.

Tripartite alliance partner Cosatu has slammed the government’s slow pace in the rolling out of the Covid-19 vaccine, saying the “excuses are ...
Politics
5 months ago

Vaccine explainer: when will I get my shot?

A quick guide to the vaccine programme, the procedures involved and how it is supposed to work
News
5 months ago