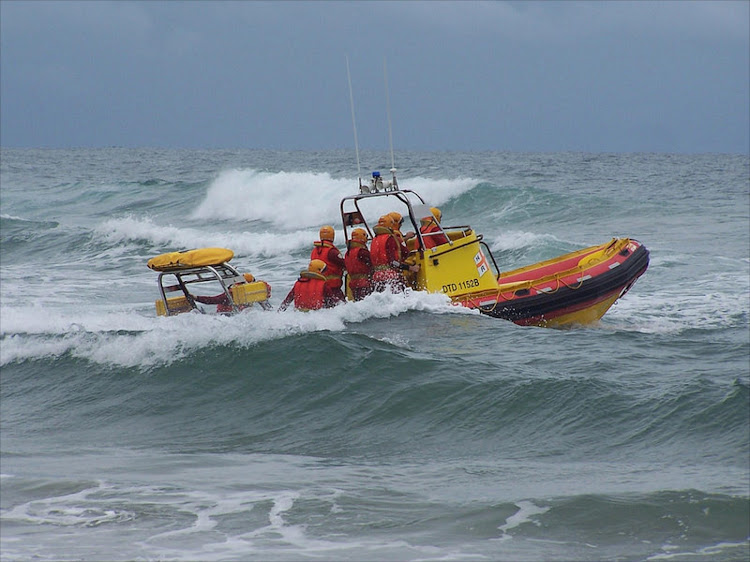 The NSRI rescued the five crew members who had to abandon the yacht Majimoto.
Image: Flickr/NSRI

A yacht crew was rescued after getting into difficulty off Cape Morgan in the Transkei on Friday, the National Sea Rescue Institute (NSRI) said.

East London station commander Cathrine Prentis said the duty crew was activated after a request for assistance from the yacht Majimoto, which had been relayed by a fellow yachtsman to East London port control, reporting the yacht to be taking on water.

The yacht was returning to Durban from East London after taking part in the Vasco da Gama Ocean Race.

Prentis said five crew members — three men and two women — were on board.

On arrival, rescuers found the yacht's rudder had broken off in rough seas and the vessel was adrift, gradually heading towards the shoreline and unable to navigate, Prentis said.

“A tow line was established from the sea rescue craft but with the yacht having no rudder and her crew unable to establish a temporary rudder, efforts to tow the yacht proved impossible in the strong winds and in the big sea swells and the decision was made by the skipper to abandon the yacht,” she said.

“The yacht crew deployed their life raft and under the watchful eye of the NSRI crew on the sea rescue craft, the crew abandoned the yacht at sea.”

Prentis said all five crew members and their life raft were recovered onto the sea rescue craft.

She said the NSRI rescue craft arrived in East London at 7.16pm. No injuries were reported.

“On Saturday morning it was learnt that sadly yacht Majimoto has run aground north of the Kei river mouth and the owner is making arrangements to salvage the yacht.”

From delivering a baby to plucking an ill crewman off a fishing vessel and helping an injured surf skier off Simonstown — along with a few wild goose ...
News
1 year ago

Two people died when their helicopter plummeted into the dam on Friday evening.
News
1 year ago

The National Sea Rescue Institute (NSRI) said in a statement that the 66-year-old man drowned after being swept away by currents at Grotto East at ...
News
1 year ago