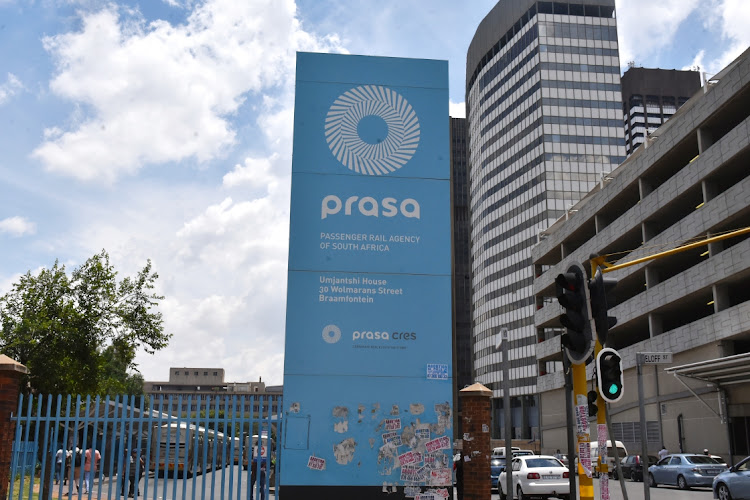 Transport minister Fikile Mbalula has announced an allocation of R57bn to help get Prasa back on track. File photo.
Image: Freddy Mavunda

Transport minister Fikile Mbalula on Monday said an estimated 27% — R57bn — of the department's budget would be allocated to the Passenger Rail Agency of SA (Prasa) in the medium term to improve dilapidated infrastructure and increase the number of operating trains.

“The investment we are making in passenger rail is part of the implementation of our overarching rail to road strategy, which is crucial towards positioning rail as the backbone of our public transport system.

“While Prasa has struggled for many years to roll out its modernisation programme due to chronic challenges, we have no doubt that our interventions will place Prasa on a stable footing,” Mbalula said at an oversight visit to the agency's vandalised stations in Gauteng on Monday.

The modernisation programme, Mbalula said, was meant to improve the reliability of services by reconstructing dilapidated infrastructure, securing it, and increasing the number of trains to avoid overcrowding.

“It therefore entails focused spending on repairs and maintenance as part of Prasa’s rolling stock fleet renewal programme, as well as improved the security system.”

At Mayfair Station: This station is part of the National station improvement programme and part of the Gauteng corridors to be recovered in this year.

“The recent appointment of a permanent board and CEO for Prasa is not only expected to lead to the intensified implementation of its modernisation programme, but will accelerate the process of building requisite capacity to ensure that it remains a viable entity,” the minister said.

According to Mbalula, challenges at Prasa include:

“We have adopted a risk-based approach in tackling these challenges. Our ability to mitigate the risks is critical in ensuring that our interventions realise their objectives.

“To address all these challenges and turn around the business of Prasa, key strategic interventions have been prioritised and their implementation accelerated.”

He said Gauteng Metrorail was experiencing an “alarming” increase in the number of reported cases of infrastructure theft and vandalism, ranging from overhead electrical lines, to electrical substations as well as vandalism of stations and depot buildings.

“The rise of vandalism and theft of critical infrastructure components [has reached] unprecedented levels, and at its core is the illicit trading of copper and steel on the black market.

“The vandalism and theft of rail infrastructure has been occurring for a long time and took a rise during the Covid-19 lockdown.”

PRASA Management will provide further details of the recovery plan as announced during the Department of Transport Budget Vote 2021.

I am now at Kliptown - one of the stations that has suffered a great deal during this period of vandalism. pic.twitter.com/1M8PXWBpGf

He said train services had to be suspended as part of the measures to prevent the spread of Covid-19.

“As we committed to returning to service our rail operations, we have identified the following corridors as priority corridors for service recovery this financial year.”

In Gauteng, the department has prioritised these routes:

In the Western Cape, the department has prioritised the following corridors:

In KwaZulu-Natal, priority will be given to:

“In the Eastern Cape, we have prioritised East London to Berlin,” Mbalula said.

The department would also give attention to these mainline services:

“The impact of the Covid-19 restrictions exposed the vulnerability of our network, resulting in occupation of the rail reserve by people who built illegal settlements on the tracks and inside the reserve. This was worsened by the destruction, theft and vandalism of our infrastructure,” Mbalula said.

His visit to vandalised stations started at Mayfair station, which is part of the national station improvement programme, and part of the Gauteng corridors to be recovered this financial year.

“There has been serious vandalism and theft of rail infrastructure and the station is not operational.

“The recovery programme will include rebuilding the station, inclusive of roof works, floor and wall finishes and drainage and storm water works.”

At Germiston Station : This station is part of the National station improvement programme and part of the Gauteng corridors to be recovered. pic.twitter.com/K1NZCsu7iO

The new CEO of Prasa, Zolani Matthews, has his work cut out to revive the crime-ravaged commuter rail network.
News
1 year ago

Transport minister Fikile Mbalula on Friday refuted claims that the new CEO of Prasa, Zolani Matthews, was "too old" for the position.
News
1 year ago