Fiancé ‘snapped one day’, killed her daughter and stabbed her 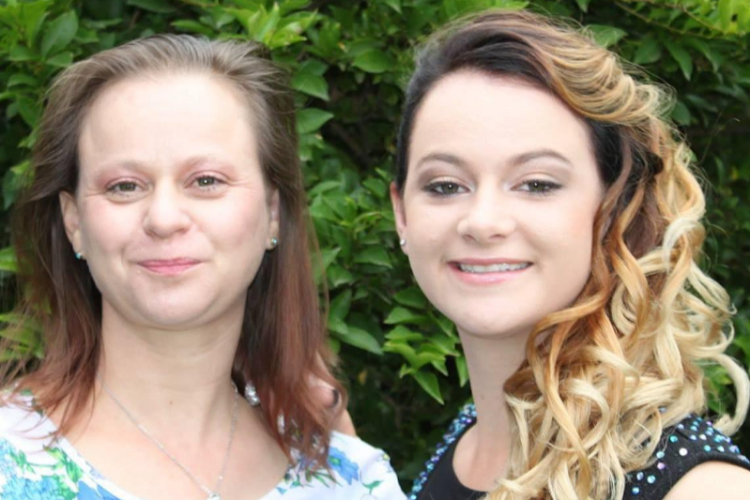 Bettina-Ann Coke was close to marrying her fiancé, who was a murderer on parole at the time, when he “just snapped” one morning and stabbed her and her 21-year-old daughter, who died.

Charles Barker had been convicted of murder in 2005 after killing someone who owed him money and was sentenced to 14 years in prison.

The prosecution appealed against his sentence but the Supreme Court of Appeal increased it to 20 years in 2006. However, Barker was released on parole in June 2015  after serving half his sentence. His parole would have stretched until March 2025.

Coke met Barker soon after his release when he moved in as her neighbour. She started a relationship with Barker three months later. They were engaged eight months later, and subsequently moved into a house together in Benoni during 2016.

“I lived with him for two-and-a-half years before he attacked us [in 2018]. During the time we stayed together, he never physically abused me, in fact he looked after us,” Coke said.

The offenders were among 13,989 released since May last year as a measure to combat the spread of Covid-19 in prisons, parliament heard on Wednesday.
Politics
1 year ago

Her pain was triggered again when Elhadji Adama Kebe was sentenced to 23 years last week for the murder of his girlfriend Sibongile Zenzile.

Kebe stabbed Zenzile more than 10 times before chopping off her head in May 2019. The High Court in Johannesburg, which sentenced Kebe, said he had shown remorse and regret for what he did and was a good candidate for rehabilitation. He is potentially eligible for release on parole just over 10 years from now.

“I can tell you Kebe was probably coached by somebody to say those things [show remorse],” alleged Coke.

She said she had never thought Barker was a danger and that is why they moved in together.

Her only daughter, Adrianne, looked at Barker as a father figure, she said. They never felt they were in harm’s way.

Having had the experience of living with the person, I thought he was rehabilitated. But one morning he snapped and attacked us.

She said when Barker was released on parole, he was classified as “low risk” by the department of correctional services, meaning he was not a risk to anybody.

After she started her relationship with Barker, she supported him on his monthly visits to his parole officer and all “seemed fine”.

“I loved that man and he looked after me. He had to hop jobs because the minute people found out he was on parole, he would lose his job.”

“Having had the experience of living with the person, I thought he was rehabilitated. But one morning he snapped and attacked us.”

She said on the morning of the murder on March 5 2018, they woke up as usual. Barker was starting a new job in a company where he had received a company vehicle.

“He said he would not wear his overalls and would wear his pants. He was ironing his pants and suddenly tore them.”

The high court in Johannesburg departed from imposing the prescribed sentence of life for murder on Tuesday when it handed a 23-year prison sentence ...
News
1 year ago

Coke said when she reprimanded him for what he had done, Barker said: “I have had enough of this relationship.”

Coke said Barker started packing his belongings and preparing to leave the house.

He then packed one of her towels in his luggage. Coke said she took her towel and went to fetch Barker’s towel.

Barker then grabbed both of them and forced them into the bedroom.

He then stabbed Coke and Adrianne four times each.

“His whole demeanour had changed and nothing could stop what he was doing.”

Coke said Barker left the house and stopped an emergency services officer he found on the road. Barker told him a robber had come to the house and stabbed the mother and daughter.

The family of Robert Visser has pleaded with President Cyril Ramaphosa and justice minister Ronald Lamola to consider changing laws that allow ...
News
1 year ago

“He was busy cleaning himself and buying cigarettes at a shop not too far from our home when they caught him. He was detained within 20 minutes,” she said.

“I now believe that once you kill, you cannot be rehabilitated.”

Coke said when Barker killed her daughter, “he was not the person I was with for two-and-a-half years”.

Coke said her daughter would have turned 25 on Monday.

When sentencing Barker in October last year, Pretoria high court acting judge Herman Broodryk listed 15 aggravating factors which showed he should serve life in prison, including  that he was not a first-time offender, was prone to violence and was on parole when he committed the offence.

Broodryk said Barker was still the same person he was when he was convicted in 2005,  had never rehabilitated and probably never would.

He sentenced Barker to 18 years for the attempted murder of Coke, and life imprisonment for the murder of Adrianne.

The judge said the non-parole period of Barker’s sentence should be 25 years.

Uncle, already a convicted murderer, gets more time in jail, while woman is out on bail on conspiracy charge
News
1 year ago

Can a murderer change his spots? Questions remain after ‘family man’ is gunned down

Farouk Meyer, who made headlines in 2009 after he escaped from prison, was a role model to those close to him
News
1 year ago