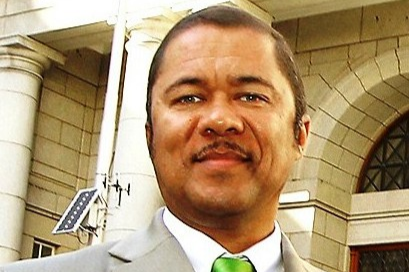 Amaal Jantjies will remain behind bars — as will her lover, Junky Funky Kids gangster Janick Adonis, and their co-accused Farez Smith.

The trio face five counts of conspiracy to commit murder and five counts of attempted murder after they allegedly plotted and attempted to throw a hand grenade at the Kinnear home on November 22 2019 with the intention of killing Kinnear, his wife and their two sons, as well as two AGU officers posted outside the Bishop Lavis residence.

The state alleges that Jantjies and Adonis concocted the plot at the behest of alleged underworld boss Nafiz Modack, who has also been arrested and charged for the same offences.

Modack has also been charged with the eventual killing of Kinnear outside his home on  September 18 2020.

The Parow regional court will on Wednesday decide on Amaal Jantjies’ bail bid over the failed grenade attack on a top Western Cape cop.
News
11 months ago

The court said that given evidence not in dispute in the case, it was clear that no bail condition would be effective in preventing Jantjies from intimidating witnesses between now and the trial date, which could be many months away.

The court took into account her proximity to Modack and the “underworld Mafia” as well as her romantic relationship with Adonis, a convicted gangster whose propensity for violence and ability to access cellphones from prison has been proven.

The court also took into account the increase in violence against members of the criminal justice system in the Western Cape, including the murder of magistrate Piet Theron, and the murders of lawyers Noorudien Hassan, Pete Mihalik, David Mbazwana and Vernon Jantjies.

Jantjies is expected to appear at the Parow regional court again on June 28 along with her co-accused.

Three months before an unsuccessful attempt on his life with a hand-grenade, anti-gang unit (AGU) detective Lt-Col Charl Kinnear first met the ...
News
11 months ago

There are two versions about what happened before the attempted murder of anti-gang unit detective Lt-Col Charl Kinnear in an attempted hand grenade ...
News
11 months ago