Former president Jacob Zuma has reserved his right to not disclose the basis of his defence against fraud and corruption charges.

Zuma pleaded not guilty to racketeering, corruption, fraud and money laundering before presiding judge Piet Koen in the Pietermaritzburg high court on Wednesday.

The court has heard that Zuma is pursuing a special plea calling for the removal of lead prosecutor advocate Billy Downer.

All you need to know | Zuma returns to court

Zuma’s new legal representative, advocate Dali Mpofu, told the court the former president believed his right to a fair trial would be jeopardised as Downer was not impartial.

He said Downer was a witness against Zuma when the DA called for a review after the National Prosecuting Authority (NPA) did not want to pursue charges against the former president. 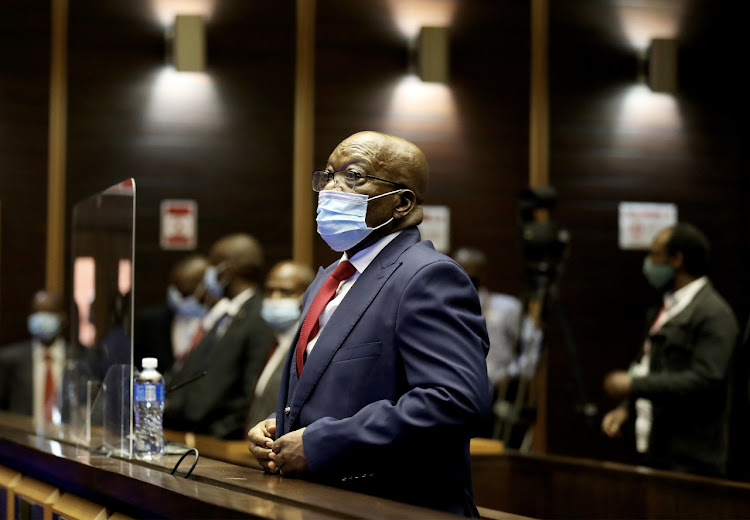 Zuma believes if his application to remove Downer is successful, he should be acquitted.

However, Downer told the court that counsel had been instructed to deal with the special plea, as he could not do it because he was the subject of the application.

In a statement on Wednesday, the state said it had appointed four advocates to deal with the matter.

NPA national spokesperson Sipho Ngwenya said advocates Wim Trengove, Andrew Breitenbach, Hephzibah Rajah and Ncumisa Mayosi have been appointed and “effectively given a delegation in terms of the NPA Act to be prosecutors in this matter”.

Zuma's plea is his latest move to put an end to the prosecution. In the past, his defence team was accused of adopting a “Stalingrad approach” by launching court applications to delay the start of the trial, while the state has always said it was ready to proceed.

Advocate Dali Mpofu has confirmed that he is representing former president Jacob Zuma on corruption and fraud charges in the Pietermaritzburg high ...
News
7 months ago

Tito Mboweni weighs in on Jacob Zuma's arms deal trial: 'None of us is above the law'

“He is my king. I have to come pay my respects and get my blessings from my king. That is why I am here,” Duduzane Zuma said after the meeting.
News
7 months ago