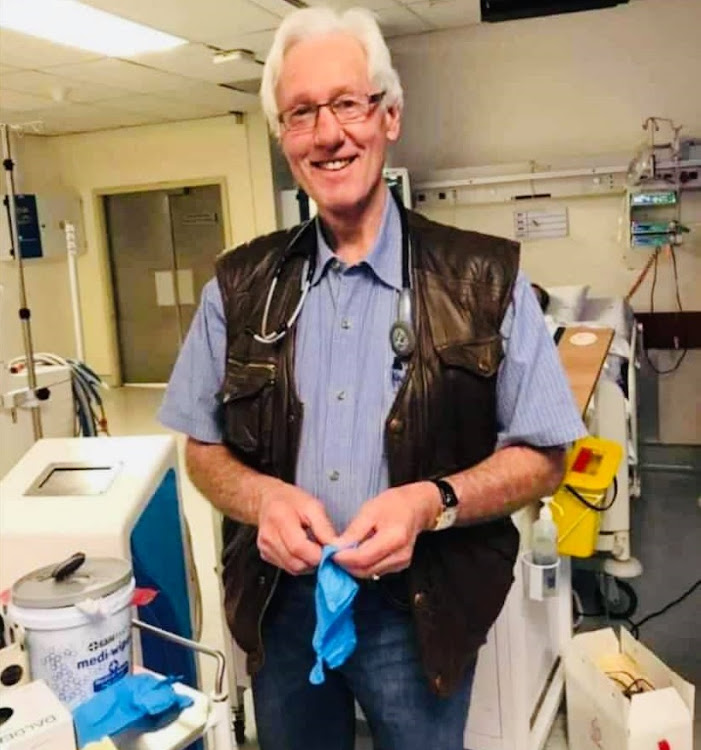 A highly respected nephrologist, Dr Hendrik Viljoen, who performed hundreds of kidney and pancreas transplants, has died at the Netcare Garden City Hospital in Mayfair, Johannesburg.

He was found dead in his doctor's room on Wednesday morning, Gauteng police said.

Viljoen had practised at the hospital for more than 27 years.

MD of Netcare’s hospital division Jacques du Plessis said Viljoen was born in Leiden in the Netherlands in 1955 but his family later relocated to SA.

Dr Viljoen had also trained in internal medicine at the Universitas and Pelonomi academic hospitals.

After obtaining his qualification, Viljoen worked in the department of internal medicine in Bloemfontein as a physician while sub-specialising in nephrology.

He later also worked as the head of the department of nephrology at UOFS.

Du Plessis said Viljoen was instrumental in training the next generation of medical professionals and left behind a strong academic legacy.

“Having authored numerous academic articles and presented papers at international conferences, Dr Viljoen greatly contributed to the field of nephrology and meaningfully touched the lives of many thousands of patients who benefited from his considerable expertise over decades of service.

“He participated in over 600 kidney and 25 combined pancreas-kidney transplants during his career. His passing is an immense loss to the Netcare family and his fellow specialists, and he will be greatly missed.

“On behalf of the staff and management of Netcare Garden City Hospital, we wish to convey our deepest condolences to his family, friends and colleagues,” Du Plessis said.

'She was a beacon of love and light': Tributes pour in for beloved Dr Sindi van Zyl

Radio presenter Dr Sindi van Zyl, who died of Covid-19 complications yesterday at the age of 45, was remembered by friends and colleagues as a fount ...
News
9 months ago

‘Tsunami of distress’: Covid-19 comes in wave upon wave for health workers

While they have been commended for their resilience, burnout and depression could erode their work standards
News
10 months ago