Accommodation provider jumped the gun by admitting students before given go-ahead: UJ 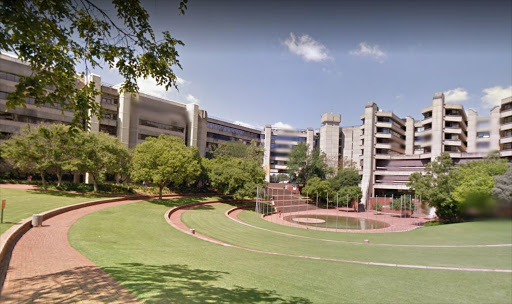 A privately owned student accommodation provider near the University of Johannesburg wants its application for accreditation for 2021 to be considered by the university. The university says the provider should not have admitted students before obtaining accreditation. File photo.
Image: Google

The University of Johannesburg (UJ) says a privately owned accommodation provider that was not accredited with the institution shot itself in the foot when it admitted NSFAS-funded university students for the 2021 academic year before obtaining accreditation.

This is one of the arguments put forward by the university as it opposed an application by Gaetal, which is seeking to set aside a decision by UJ not to consider applications for accreditation for new private student accommodation buildings for the 2021 academic year.

Gaetal is also seeking an order requiring UJ to consider its application for accreditation of its building — known as Miller Street — in respect of the 2021 academic year.

University policy enables service providers to enter into a memorandum of agreement to provide student accommodation to the university.

Every year, the university determines the opening and closing dates for applications from service providers. If an application is approved, students can then consider the approved building as an option for student housing.

University of Johannesburg has slashed its contracts for off-campus student housing, leaving one company high and dry
News
1 year ago

Because of the lack of demand caused by Covid-19, the university took a decision in August last year not to consider any new applications for accreditation of private accommodation in 2021.

In its heads of argument, Gaetal said the decision by UJ not to consider its application for accreditation was unlawful and susceptible to review.

“Once the applicant, at the invitation of the university, submitted its application for Miller Street, the applicant had a right and/or legitimate expectation to have its application considered as contemplated in the policy,” advocates for Gaetal, Chris Bester and Mpho Sethaba, said in the heads of argument filed before the high court in Johannesburg earlier this month.

They were referring to the UJ policy relating to privately owned student accommodation.

The advocates said once Gaetal had submitted its application, the university was enjoined to consider it and provide an outcome.

“[Gaetal's] legitimate expectation is to have its application considered,” Bester and Sethaba said in their heads of argument.

However, UJ said the policy itself does not create any right to submit an application.

“It invites the submission of an application without creating the expectation that the application will result in accreditation as a matter of course,” Azhar Bham SC, counsel for the university, said in his heads of argument.

Varsity says that, because of insufficient funds from NSFAS, only students whose data has been captured have been paid
News
1 year ago

Bham said Gaetal was not yet accredited when it began the process of transforming Miller Street into accommodation directed towards students of UJ. He said Gaetal had gone as far as taking on a substantial number of students studying at UJ as tenants before its application for accreditation was processed.

Bham said even though Gaetal became aware in August 2020 that its application would not be processed, it did not take legal steps to challenge the university's decision.

“Instead, on its own version, it relied on 'self-help' to create the very prejudice it now complains of — it accommodated UJ students who are on NSFAS grants in the hope that it would receive rental from such grants, notwithstanding the express provisions of the UJ policy,” he said.

The policy states that a subscribing service provider (SSP) may take in NSFAS and bursary students only after it has concluded memorandum of agreement with the university.

"[Gaetal] now, no doubt, runs the risk that it may not receive rental payments from those students,” Bham said.

He asked for Gaetal's application to be dismissed with costs.

No date has been set for the hearing of the application.

The National Housing Finance Corporation has formed a partnership with the City of Cape Town which will see an upgrade and maintenance of the city’s ...
News
1 year ago

"People want to live closer to work environments where they have access to transport ... Covid-19 and job losses have affected affordability," said ...
Politics
1 year ago