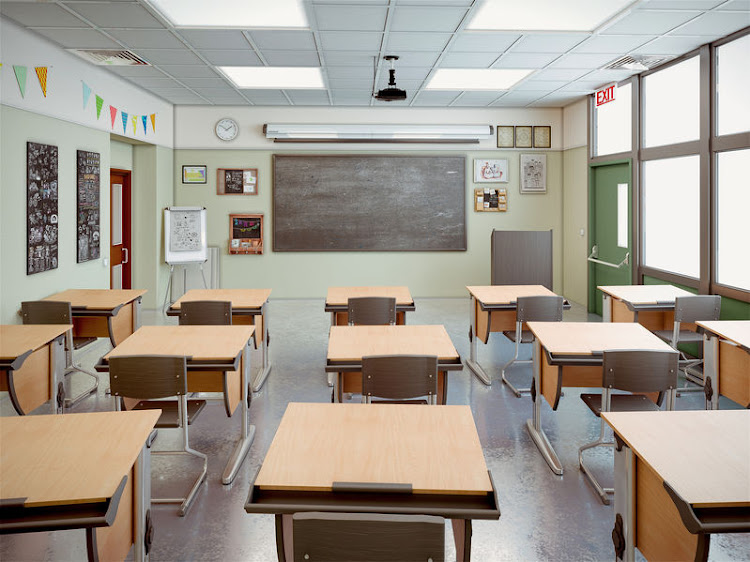 Two teachers at Bashee Primary Junior School in Ngcobo have been fired for sexual assaults on boys.
Image: 123rf/Igor Zakharevich

Two teachers whose sexual assaults on male pupils led to a community uprising that shut their school for nine weeks have been fired.

Neither Tembalethu Makapela nor LW Petela turned up for their disciplinary hearings at the magistrate's court in Ngcobo, Eastern Cape, chaired by Education Labour Relations Council commissioners.

They were fired in their absence over incidents in 2019 in which they and a school clerk plied 16-year-olds at Bashee Primary Junior School with alcohol before sexually assaulting them.

The principal of the Ngcobo school, Nomfuyo Mahlutshana, told Makapela's hearing that social media posts about the allegations of molestation forced the closure of the school in September 2019.

The Gauteng department of education says it has opened criminal cases against two teachers from a Soweto school who allegedly took turns sexually ...
News
8 months ago

Mahlutshana told commissioner Jonathan Gruss she was accused by parents of “bringing perverts to the school”. TV crews arrived to report on the scandal and in the ensuing brouhaha the school remained shut for nine weeks.

At Petela's hearing, the principal said the allegations led to a meeting at the school between the district director, the accused staff, governors and the school management team.

“The educators admitted to the incident and apologised, [saying] they may have been possessed by the evil spirits,” said the commissioner in Petela's case, Mbulelo Safa.

But after hearing evidence about how Petela raped a pupil in his child's bed, he added: “The misconduct is so serious that the life and future of [his victim] may never be the same.”

Mahlutshana said allegations about the three teachers began to emerge in August 2019 when a pupil was reprimanded for being drunk. The boy explained that the clerk had invited him to get into a car with Makapela and Petela, and given him alcohol.

The principal said two other boys made the same claim, and they had each been sexually assaulted by one of the three school staff in the car.

“The parents of the concerned learners were invited to the school and they were informed of the allegations,” said Gruss.

In meetings with school managers and governors, Makapela “admitted that he gave [a pupil] alcohol to consume and that he performed sexual acts with [the boy]", Mahlutshana told the commissioner.

The pupil, who was in grade 8 at the time, said the staff in the car told him “they were not straight and were gay”.

A few days later, the clerk told him and another pupil to accompany the staff to Makapela's home, where they were given alcohol.

“He was then told by Makapela to undress and take off his pants,” Gruss said in his account of the boy's evidence. “It was at that point Mr Makapela started to molest him” and raped him.

“He did not consent to this. When Mr Makapela finished he took out KFC for them to eat,” said Gruss, observing that the boy appeared to be a “reluctant witness”.

He added: “I could see that [the pupil] was embarrassed ... This is understandable [and] it is not unusual for victims to feel guilty as if they were wilful participants whereas what was actually happening was that [the boy] was being groomed by Makapela.”

A school choirmaster who told a 14-year-old singer he wanted to be her "virgin breaker" has failed in his attempt to keep his job.
News
9 months ago

At Petela's hearing, Mahlutshana said when she confronted the teacher about a pupil's claims of molestation, “he admitted that he gave alcohol to the learner ... and slept with him. He apologised.”

When the parents of the three boys were called to the school and told what had happened, they were “shocked, disturbed, angry and highly emotional”, said Mahlutshana.

This led to protests, the involvement of the mayor of Engcobo local municipality and the police, and numerous meetings between parents, school managers and education department officials.

“The dignity of all educators of the school suffered as the parents insulted all of them in front of the learners. The reputation the school built over a period of more than 20 years was thrown down the drain,” said Mahlutshana, according to Safa's finding.

The boy assaulted by Petela told the commissioner his teacher gave him alcohol after inviting him to his home in Bhaziya, and at one point “touched him on the shoulders and kissed him on the mouth”.

When the boy fell asleep on a couch, Petela “lifted him to the bedroom where he put him inside the bed next to his [Petela’s] child who was already asleep. Petela later came to the bed. He undressed [the boy] and had sex with him.”

Safa said the boy testified that “he felt bad after the incident and was deeply hurt. Mr Petela made things worse by asking him in front of other learners when he was going to visit again.”

The commissioner added: “After the incident he did not perform well at school. When he was at school and at home he was always thinking about the incident. His sister decided to take him to study in Johannesburg because he could not focus on his studies.”

No mercy from education body for school head fired for ‘mismanagement’

An education official who was fired after being absent from work for nearly eight years has been reinstated.
News
9 months ago

When the primary school soccer team he coached were crowned national champions, Ntokozo Mazwi put the achievement down to "zeal, character, ...
News
9 months ago