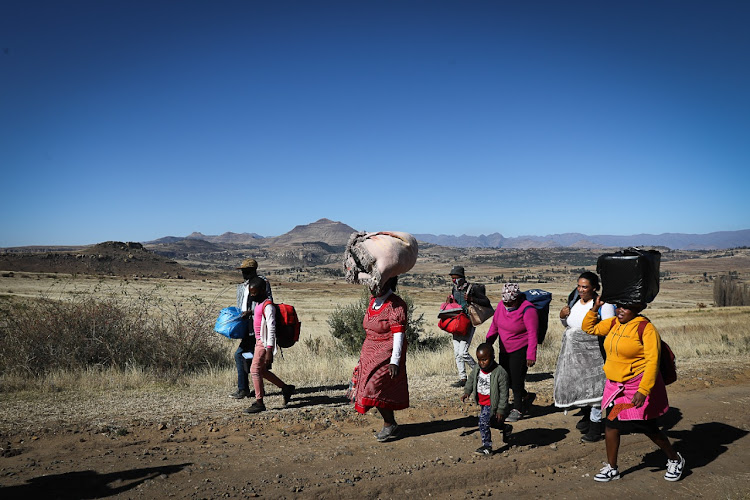 Every day, a group of men in Fouriesburg in the Free State trek along the Caledon River and look out towards the magnificent Lesotho mountains. But theirs is not a trip to take in the splendour of the Mountain Kingdom — they are there to guard against crime.

Preventing livestock theft is their primary goal, but they are also helping to foil the illegal crossing of stolen vehicles and flow of undocumented immigrants across the border.

The Hawks led a sting operation in the area earlier this month, arresting farm owner Modiehi Mofokeng, 38. She briefly appeared at the Fouriesburg magistrate’s court on Monday last week for allegedly setting up a “tollgate” at her farm, enabling vehicle thieves and illegal immigrants to cross the border for a fee.

TimesLIVE visited the area to speak to people first-hand to understand why they want to come to SA, gauge the losses being sustained by farmers and see who profits from the illicit activities.

The Caledon River between Lesotho and SA, located in Fouriesburg, Free State, is an area ripe for illegal cross-border activities ranging from seeking food to smuggling stolen goods. The systems involved in crossing the border have grown over the years, and turned into businesses, as more and more people need to cross over.

“Stock theft is a high priority crime in our area,” said Riaan Corbett from the Farmers Union.

“The border is not far away so when they steal, they cross through the river into Lesotho. It takes you a long time to get them back. A few cows can be a lot of money.”

At first, the Farmers Union in Fouriesburg installed cameras and patrolled across the area to combat livestock theft.

Corbett said while he was a farmer, the daily patrols have become a way of life because they live adjacent to the border.

Modiehi Mofokeng, 38, appeared at the Fouriesburg magistrate’s court, Free State, on Monday for allegedly setting up a “tollgate” at her farm ...
News
8 months ago

Asked what he knew about the movement of undocumented immigrants, he said they mainly cross the border for food and employment in SA.

“They are hungry. For the past three years, it was very dry in Lesotho. Crop and stock theft went up in the area. Most people coming over are coming to buy food and go back, though some are criminals.

“Last week they stole five cattle and slaughtered them, not for selling but for food,” Corbett said, adding he has also fallen victim to stock theft a few times.

He said one of the reasons there was an influx of immigrants crossing the border illegally was because they were required to produce a negative Covid-19 report at the port of entry.

“Not everyone has the money to pay for the test. There are not enough soldier on the border to control movement. When they see the army or patrolling vehicles they take the gap and go over the river. The roads are bad so you can’t drive quickly to respond to an incident, and there is also no fence,” Corbett said. 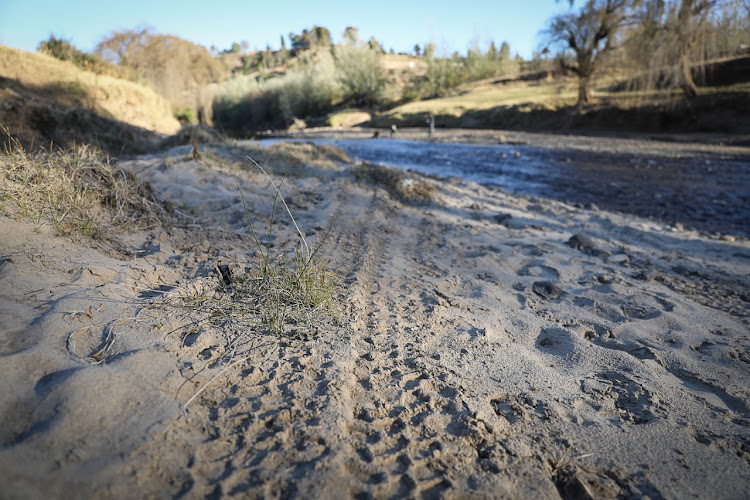 Vehicle tracks leading to the Caledon River that is used as a crossing from South Africa to Lesotho.
Image: Sebabatso Mosamo/Sunday Times

It’s a chilly Monday in the Butha Buthe area when Nthabiseng Makoae and others, together with a young child, trek on foot for almost two hours to the tar road.

“We crossed the Caledon River to get to the main road to find transport. It’s usually a two-and-a-half hour walk.

“To save on travel costs, we walk up to two hours to the road and get taxis to town or wherever we need to be. When we hitchhike the drivers demand R150, which we don’t have,” she said.

Makoae said sometimes they are intimidated by the patrol officials while on their journey.

She said people primarily came to SA for food and jobs.

However, she added: “It is common knowledge that people engage in illegal activities between the borders. Some use illegal transport to smuggle people or cars into or out of Lesotho.”

The alleged tollgate operator is Modiehi Mofokeng, a widow arrested for allegedly aiding criminals to smuggle vehicles out of SA and into Lesotho.
News
7 months ago

A man, who asked not to be named for his safety, said he was one of the people transporting hitchhikers daily.

“When we find them at the side of the road we give them lifts and ask how much they have. W negotiate prices. Even if we don’t pick them up, people will find a way to come to this side. This is my way of making money,” he said.

He refused to comment on the illegal crossing of stock and vehicles.

Corbett said according to information received from Lesotho, orders are made for specific vehicles and “then they leave to steal a vehicle and take it to Lesotho”.

“The vehicles come in the early hours of Thursdays, Saturdays and Sundays. We’ve got odd times too, maybe a Monday or Tuesday.”

He said Toyota, Ford and VW vehicles were popular.

“They come from across the country, not specific areas. The number of cars passing here ranges from one to two a day depending on demand.”

At 1.40pm on Thursday, Timashe Lungah, who had queued for four days to get back to work in SA from his home in Harare, was turned away from the ...
News
1 year ago

The wheels on smuggling networks are turning nicely.
News
1 year ago

With cross-border movement restricted because of Covid-19, Zimbabweans in SA are using an app to send food to relatives in Zimbabwe.
News
1 year ago