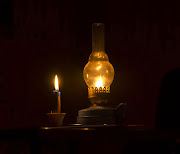 With four breakdowns at power generation plants, load-shedding will be implemented for the second night in a row, says Eskom, warning there is also the likelihood of evening downtime for the rest of the week.

The rolling electricity outages will be at stage 2  from 4pm on Tuesday until 5am on Wednesday.

Eskom said this round of load-shedding will also assist to replenish emergency generation reserves which have been utilised extensively over the past three weeks to avoid load-shedding during the day.

“During this period a generation unit each at Kusile and Arnot returned to service. This, however, is not sufficient to eliminate load-shedding for the rest of the week. The generation supply constraints will persist throughout the high winter demand period, which increases the likelihood of further load-shedding.”

Breakdowns total 15,360MW of capacity, while another 1,580MW is unavailable due to planned maintenance.

“Some generation units are expected to return to service starting this evening, which would help ease the strain.”

Eskom appealed to the public to reduce their use of electricity “to assist the country get through these capacity constraints”.

The power utility rejected speculation on social media that the country may go into stage 4 load-shedding later this week, telling TimesLIVE it does not have those plans.