The three men arrested in connection with mass killings in Khayelitsha have demanded to take part in an identity parade. Stock photo.
Image: 123RF/thawornnurak

The bail application of three men arrested in connection with mass killings in Khayelitsha, Cape Town, has been delayed.

Andile Valashiya, Dominic Isaacs and Fundile Maseti appeared in the Khayelitsha magistrate’s court on Wednesday, when they demanded to take part in an identity parade.

Each of them faces a charge of murder linked to the shootings that left 13 people dead in the township last month. Rival business extortion gangs are suspected to have been behind the killings. 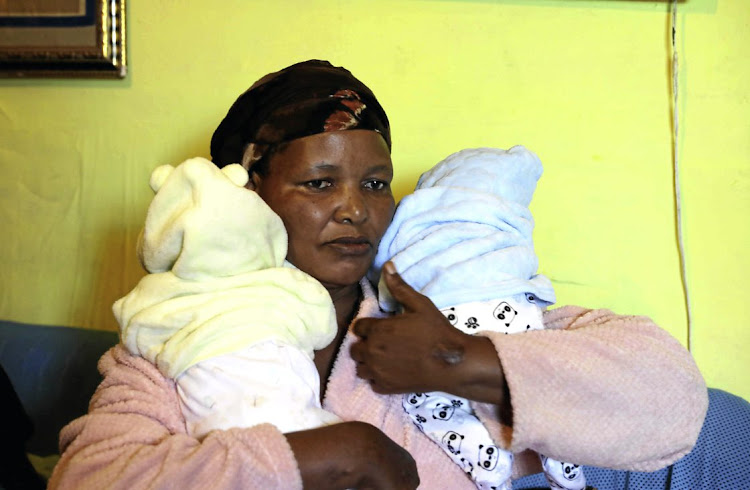 Nombuso Mbilini with the twin babies of her son Mzimasi, 27, who was shot dead at a spaza shop in Khayelitsha last month. He was among 13 victims who died from gunshot wounds that weekend.
Image: Esa Alexander

The three men’s lawyers insisted on an identity parade before they can bring a formal bail application. The onus is on Valashiya, Isaacs and Maseti to convince the court there are exceptional circumstances warranting their release on bail.

Their lawyers argued the information that the state had provided about the case is not sufficient for them to prepare for the bail application. They argued that an identity parade will assist them in gathering more information to bolster the application.

According to the state, an eyewitness linked the three to the murder. The state indicated that it is ready to deal with the bail hearing and that the identity parade is unnecessary. But the lawyers insisted on escalating their request to senior prosecutors.

The matter was postponed to June 23.

Four suspects in court for Khayelitsha shootings that claimed 13 lives

Community safety MEC Albert Fritz has praised the police for the investigation so far into the fatal shootings of 13 people in Khayelitsha last ...
News
8 months ago

Nombuso Mbilini hunched dispiritedly in front of a paraffin heater, holding the twins of her slain son.
News
8 months ago