For the second day running, there were more than 5,000 new Covid-19 cases recorded in SA in a 24-hour period.
Image: 123RF/ktsdesign

This means that there have now been a cumulative 1,680,373 infections and 56,765 deaths recorded in SA since the outbreak of the coronavirus pandemic in the country in March last year.

Of the newly recorded deaths, 17 were in Gauteng, 14 were in the Western Cape, 12 were in the Free State, four were in both the Eastern Cape and KwaZulu-Natal and three were in the Northern Cape. There were no fatalities recorded in Limpopo, Mpumalanga or the North West in the past 24 hours.

In terms of the vaccine rollout, the ministry provided the following graphic: 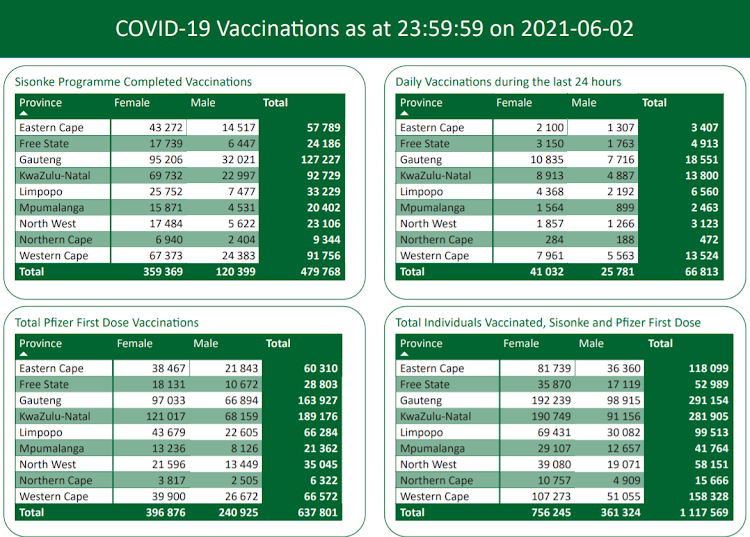 The latest figures on SA's vaccine rollout, as of the end of the day on June 2, 2021.
Image: Ministry of Health ZA

The health ministry announced that there were 5,782 new Covid-19 cases in the past 24 hours.
News
11 months ago

The number of active Covid-19 cases has more than doubled in Nelson Mandela Bay within three weeks.
News
11 months ago

A million people now vaccinated against Covid-19 in SA: Mkhize

More than a million people have now been vaccinated against Covid-19 in SA.
News
11 months ago