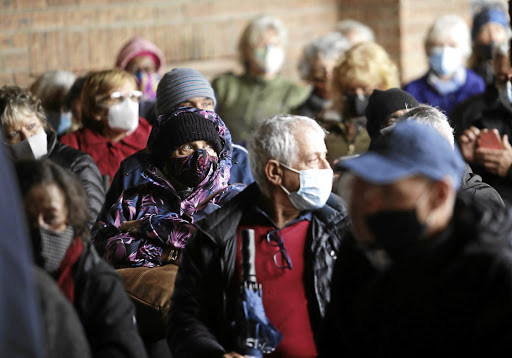 The Western Cape health department confirmed on Thursday that the delayed arrival of Johnson & Johnson (J&J) vaccines to the country will mean a major “supply constraint in the coming weeks”.

This could mean stock-outs at several sites set up to vaccinate those over the age of 60 and healthcare workers not yet vaccinated under the Sisonke programme.

Dr Keith Cloete, head of health in the province, said: “Up until last week, 124,000 doses were received, but there is a supply constraint for the coming weeks because of delays in receiving J&J doses.”

In the first two weeks of the official rollout that began on May 17, the province had administered 85,000 jabs. Added to those done under Sisonke, this amounted to 178,000.

But while the capacity to vaccinate at the growing number of sites is being “ramped up”, there is a “problem in the vaccine supply”.

The health ministry announced that there were 5,782 new Covid-19 cases in the past 24 hours.
News
7 months ago

Cloete said: “We can do a maximum of 70,000 vaccines next week, unless J&J starts coming back into the system.”

In the first week there were 18 sites and by Friday there will be 114. The plan is for 186, but the “supply problem will stymie this”, according to Cloete.

“The supply constraints are not regarding the capacity at our sites to administer vaccines. We cannot do the intended 120,000 next week and that big supply constraint is a direct result of the non-delivery and non-release of the J&J doses.”

SA had ordered just over 30 million doses of the J&J vaccine, which only requires one jab, while Aspen Pharmacare Holdings,  the country’s biggest drugmaker, has a contract to fill and package the vaccine at a local plant.

But early in May, the US Food and Drug Administration (FDA) slammed the brakes on millions of doses because of a contamination incident that arose at a company that was making an ingredient that goes into the jab.

Also of concern in the vaccine rollout in SA is low registration numbers in some communities.

She said the department was aware of delays in registered individuals receiving SMSes, and said: “We do understand your concerns but we want you to be patient.”

Cloete said the province was only “just short of officially calling the numbers a third wave”.

Oxygen use is increasing, as is the positivity rate, and the reproduction rate is now 1.2 — meaning that of every 10 cases, 12 other active cases appear.

There are on average 320 new diagnoses each day in the province, and admissions have increased to 40 a day, with deaths around five to six a day.

“This coming week, or the week after, we will hit the third wave,” Cloete said, adding that “several widespread cluster events — similar to what we saw in November — are heralding the imminent third wave through widespread community transmission”.

Here's why some people are sceptical about Covid-19 vaccines

'People used to say you die if you get vaccinated,' says Emily Mohapi, 99, one of the first people from Protea South to receive a vaccine.
News
7 months ago

With primary school pupils returning on a full-time basis from next month, teacher unions have asked to be prioritised for Covid-19 vaccination.
News
7 months ago