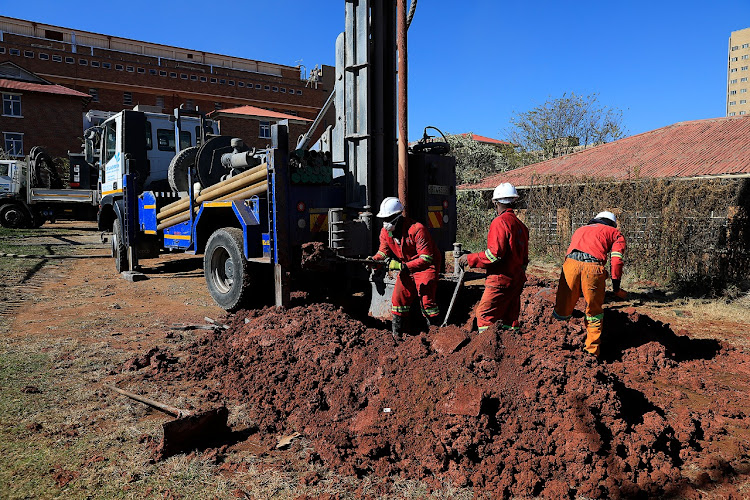 After more than two weeks of dry taps and portaloos, staff and patients at the Rahima Moosa Mother and Child Hospital in Johannesburg finally had running water on Wednesday after Gift of the Givers Foundation arranged to have a borehole sunk. File photo.
Image: Alon Skuy

Rand Water says it will open criminal complaints against members of the public for directing “abusive language and insults” at its employees during water shortages.

Johannesburg suburbs and hospitals have been hit by water shortages — in some cases for days — and coupled with load-shedding, this has seen affected residents venting their frustration and anger on social media.

Rand Water’s customer service centre (CSC) has also been sent e-mail correspondence “in which a member of the public uses profanities to express their frustration,” Rand Water said.

“The latest e-mail was sent to the organisation’s CSC on May 30. Rand Water views the tone and the abusive language used in the e-mail as unacceptable, undesirable and malicious to its brand.

“The sender of the e-mail implied that water shortages in his area were as a result of the incompetence of Rand Water employees. This accusation is unfounded and baseless since water supply is dependent on interlinkages with other service providers in the water value chain.”

Rand Water acknowledged it sometimes encountered challenges in supplying water to customers, but said it communicated with consumers about the situation.

Rand Water said it would “not tolerate abusive language and insults” directed at its employees.

There's a row in Nelson Mandela Bay municipality over the appearance and safety of the water coming out of residents' taps.
News
6 months ago

Water woes at Helen Joseph hospital linked to at least one death: SAHRC

Commission spokesperson Buang Jones said the renal dialysis patient died because of a "combination of factors, which includes the water interruption" ...
News
6 months ago

Some people in Fairland and Northcliff had been without water for as long as five days, says ward councillor.
News
6 months ago