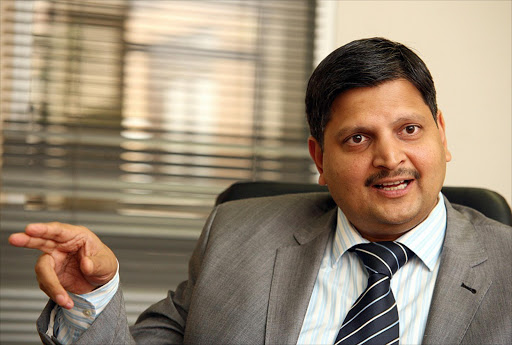 The NPA is applying to Interpol to execute the arrest warrants for Atul Gupta and his wife.
Image: Sunday Times

South Africans have weighed in on the National Prosecuting Authority (NPA) approaching Interpol to assist in arresting two of the corruption-accused Gupta brothers.

The NPA said it was applying to the international criminal police organisation to execute arrest warrants for:

The announcement received mixed responses on social media. Some welcomed the news and said it was a positive step towards holding to account corruption-accused individuals, while others were sceptical that the arrests would be carried out.

He appeared alongside Peter Thabethe and Dr Limakatso Moorosi, former government officials in the department of agriculture, and Seipati Dhlamini, who was the department’s financial officer. The NPA said the arrest of a fifth suspect was imminent.

It said the four were arrested in the Free State, Gauteng and Mpumalanga on Wednesday in connection with the Estina scandal.

ID: A businessman and three former FS Department of Agriculture officials linked to state capture allegations, have been arrested and will appear in court tomorrow.#DealingWithCorruption #DealingWithStateCapture pic.twitter.com/6WsgIFGPII

TimesLIVE reported that Thabethe and Moorosi faced charges of contravention of the Public Finance Management Act and fraud.

A state indictment revealed that the department of agriculture paid just under R25m into the Nedbank account of Nulane Investments 204 (Pty) Ltd for a feasibility study.

It says the money was allegedly laundered through several different accounts locally and one offshore account belonging to Gateway Ltd.

A pipe dream or not? Here's what social media users had to say about the prospect of the Guptas being arrested:

So I see interpol have been asked to arrest the Guptas. I'm not holding my breath.

NPA is seeking help from Interpol to help effect the arrest of the Guptas and drag them back to South Africa kicking and screaming. Zuma must be losing weight in Nkandla.

Finally the NPA looks to charging the Guptas and has asked Interpol to help with their arrest.

The former president of South Africa (2009 - 2018) Atul Gupta will be arrested soon by INTERPOL pic.twitter.com/AoY87cHZ79

They couldn't arrest bushiri who was nextdoor. Arresting the guptas is just a dream .

Is it only me that finds the NPA's request to Interpol to help arrest and deport the Guptas to SA a joke ? Do they forget that a certain Pastor somehow magically crossed borders and found his way to Malawi never to return despite our Home Affairs Min promising his extradition.

These guys can't even extradite Bushiri in neighboring Malawi but tell citizens they busy on some extradition on the Guptas who are in the far outskirts of Dubai. This country is filled with jokers even at the judicial level🤣🤣🤣

What do people gain from defending looters like the Guptas? I see a lot are saying the interpol should go after Bushiri instead of the Guptas... Why not both? 🤔

Former Transnet finance boss Gary Pita on Tuesday night said his actions against the controversial Gupta family were proof that he was not a stooge.
Politics
1 year ago

EDITORIAL | SIU and NPA successes, while commendable, are taking too long

For victories to become the norm, the bodies must move faster to bring corrupt individuals to book
Opinion & Analysis
1 year ago