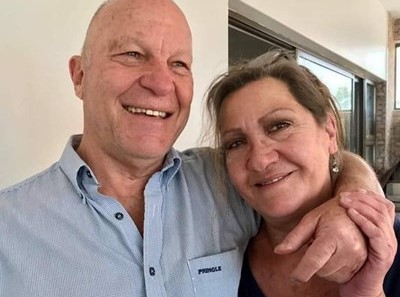 Essie Esterhuysen and his sister Dané, who died when their helicopter crashed into the Vall Dam on May 14 2021.
Image: YouTube

A businessman whose helicopter crashed into the Vaal Dam was able to escape from the wreckage but died after his aircraft sank in 9m of water.

Now the Civil Aviation Authority has recommended that helicopters which operate over water — including those that approach, land or take off over a large mass of water — should be fitted with emergency flotation devices.

The suggestion is made in the CAA's preliminary report into an accident which killed Johannesburg businessman Jacobus “Essie” Esterhuysen, his sister Dané and beagles Abigail and Pablo.

The accident happened on May 14 when the Robinson R44 helicopter Esterhuysen was flying crashed into the water at Sunset Cove just seconds before landing.

Esterhuysen, 69, owner and MD of the Esgro Group that manages food franchises such as Wimpy, Steers, Debonairs and Fishaways, was en route from Rand Airport in Germiston to spend a weekend at his house at Vaal Marina — a journey he made regularly.

The helicopter was on its final approach when it crashed into water and sank, and the accident report says the calm surface of the marina might have affected Esterhuysen's perception of his altitude. 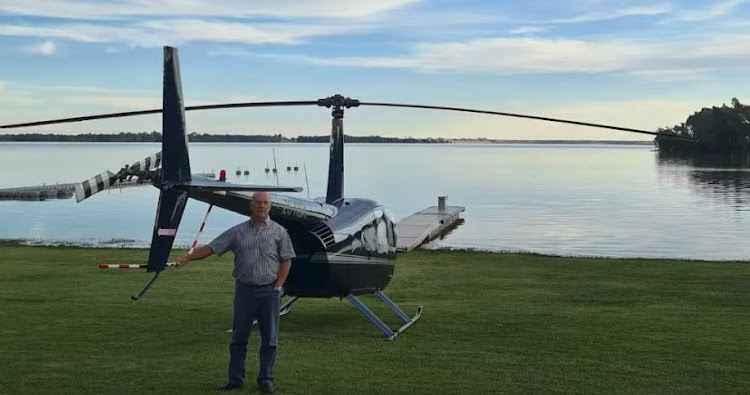 Essie Esterhuysen with his helicopter at its landing spot on the shore of the Vaal Marina.
Image: YouTube

A video shot by family friend Jenny Hamman shows the helicopter hitting the water for no apparent reason, and the report said: “Based on the video footage, the helicopter flew over calm, glassy waters that mirrored the surroundings.

“The glassy water's illusion could have given the pilot the perception that they were higher than they actually were, causing the pilot to reduce the height, resulting in the helicopter touching the water.

“This is known as a loss of depth perception while flying over calm, glassy waters.”

The report said Esterhuysen's helicopter took off from Rand Airport at 3.30pm and flew to Burgundy Bay at Vaal Marina. 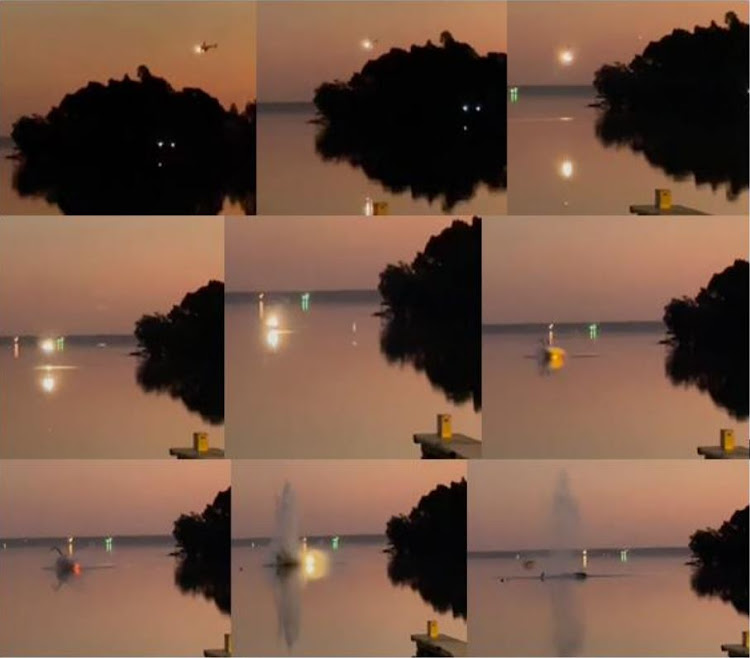 “The helicopter approached from the northwesterly direction and was flying at a low height above water before making a turn (over the water) to line up for a straight-in approach for landing on an open grassy strip between the dam and the houses,” it said.

“According to the statement from one of the house guests who was already at [Esterhuysen's] house, about three minutes before final approach, the pilot had contacted the eyewitness via cellular phone to request that they switch on the spotlight mounted on the highest point of the house to shine a light onto the landing spot.

“The helicopter approached for landing while the eyewitness made a recording of the final approach as they usually do. In the video footage, no anomalies with the engine and the helicopter operation were noted during approach. 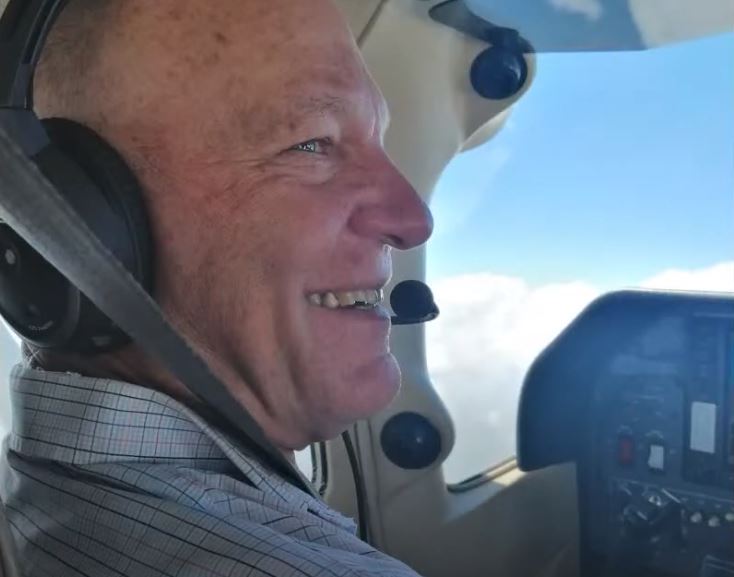 “The helicopter approaches in a normal flight path as the pilot had done in the past when about to land on the site.

“The loud bang audible from the video was attributed to the main rotor severing the tail boom section which separated from the helicopter about a second before sinking.

“The helicopter lay on its right side with the left skid gear on top before being completely submerged in water.”

The report said the bodies of Esterhuysen and Dané — who managed the businessman's guest house in Wilderness, in the southern Cape — were recovered that evening.

Dané's body was thrown clear of the wreckage and recovered by a fisherman, while Esterhuysen's body was found near the helicopter on the bed of the dam. 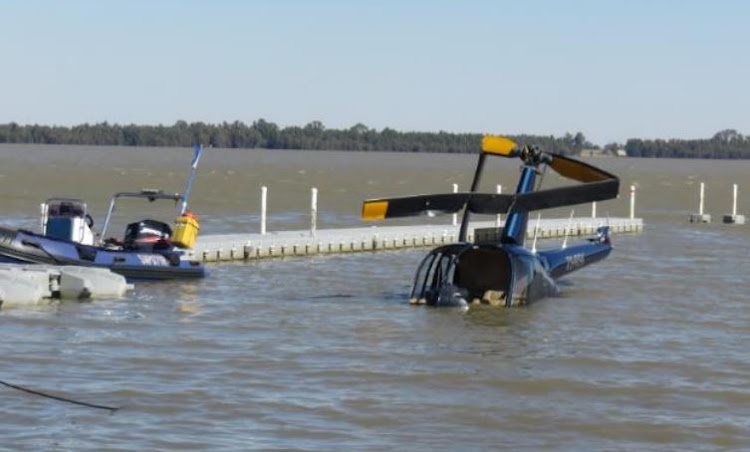 “The pilot’s seat belt on the right side was extended, and the buckle clip was removed from the buckle lock. This indicates that the pilot removed the seat belt after impact as he was trying to escape,” said the accident report.

The helicopter was recovered with the aid of flotation bags about 200m from the shoreline, and the dogs' bodies were found inside.

The position of the controls showed that Esterhuysen attempted to ascend either just before or during contact with the water.

The report included an extract from the pilot handbook for the Robinson R44. It said: “Many helicopter accidents have occurred while manoeuvring low over water. Many pilots do not realise their loss of depth perception when flying over water.

“Flying over calm glassy water is particularly dangerous, but even choppy water, with its constantly varying surface, interferes with normal depth perception and may cause the pilot to misjudge his height above the water.”

The handbook recommends staying 150m above water whenever possible and avoiding manoeuvres at any altitude below 60m.

SA's aviation community is reeling from Friday's helicopter crash at the Vaal Dam which claimed the lives of a well-known Johannesburg businessman, ...
News
1 year ago

One of the pilots had broadcast a mayday message, which was heard by two other aircraft.
News
11 months ago