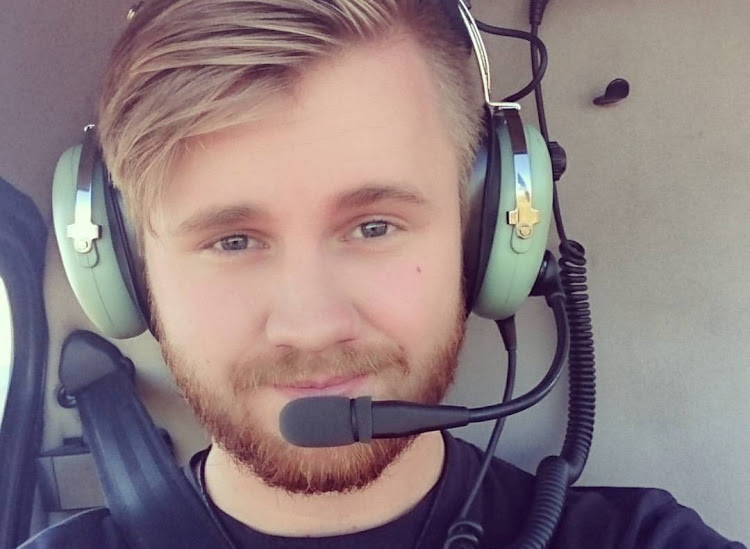 Pilot Stewart Graham was killed when his crop-spraying helicopter crashed in Wolseley, in the Western Cape, in January 2021.
Image: Facebook/Stewart Graham

Helicopter pilot Stewart Graham was “living the dream in SA” and had been engaged for only four months when he took off on his final flight.

The 25-year-old from Edinburgh, who made the comment about his love for SA on his  flying_scotsmansa  Instagram account, was in the air at 4am for a second day spraying pesticide on Koos Möller's pear orchards in Wolseley, in the Western Cape.

After refuelling nearly two hours later, and as he flew east towards the rising sun on January 19, disaster struck. 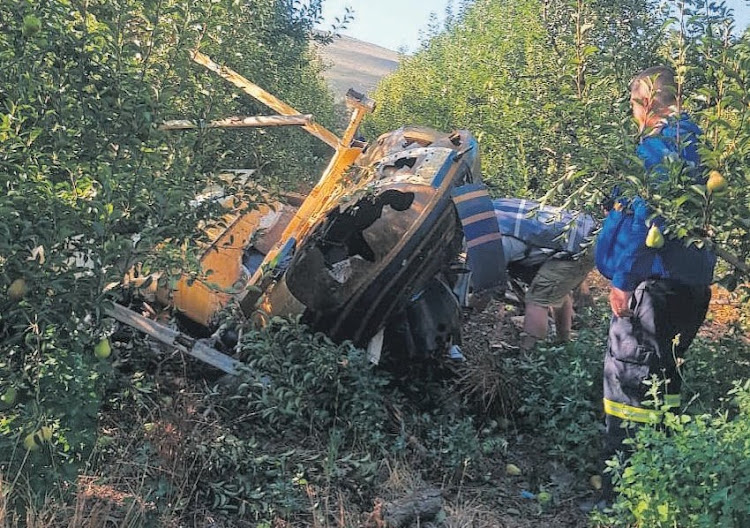 Graham's Bell Jet Ranger, with a spraying rig slung beneath it loaded with 295kg of pesticide, clipped the earth cable on an electricity pylon and broke apart in midair.

The cockpit plummeted nose-first into the ground among the pear trees on Silwerstroom farm and was destroyed, killing Graham instantly.

Just over four months later, the Civil Aviation Authority has published its preliminary accident report, which says the cause of the accident remains a mystery.

Paperwork for the helicopter and pilot was up to date and in order, and there was no indication of mechanical failure before the crash. Weather conditions were perfect.

“It is possible that at the time of collision with the earth conductor, the helicopter might have been in a nose-down attitude,” the report says. 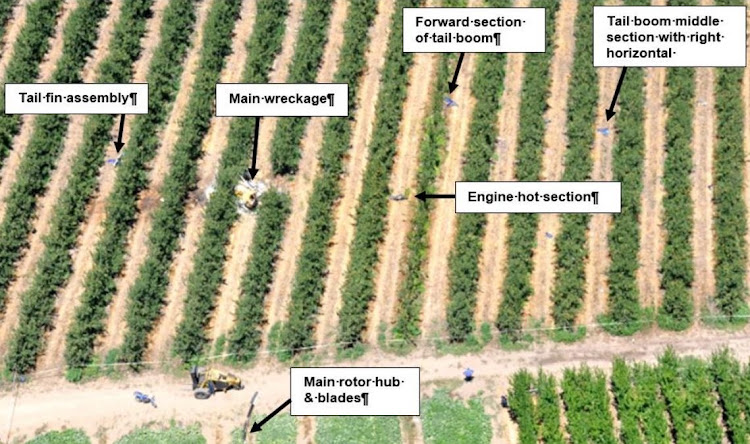 A photograph from the preliminary accident report shows the location of the wreckage of Stewart Graham's helicopter.
Image: Civil Aviation Authority

“This might have prompted the pilot to attempt an evasive manoeuvre which may have resulted in one of the main rotor blades severing the left-front and midsection of the helicopter, as well as the tail boom section.

“The distribution of the wreckage is indicative of an in-flight break-up, which resulted in the helicopter’s debris being scattered at a diameter of about 80m around the main wreckage.”

Graham, 25, worked for Heli X Charters, where he was flight operations manager. He started spraying Möller's orchards at about 4am, and landed briefly at 5.40am to refuel and load more pesticide. 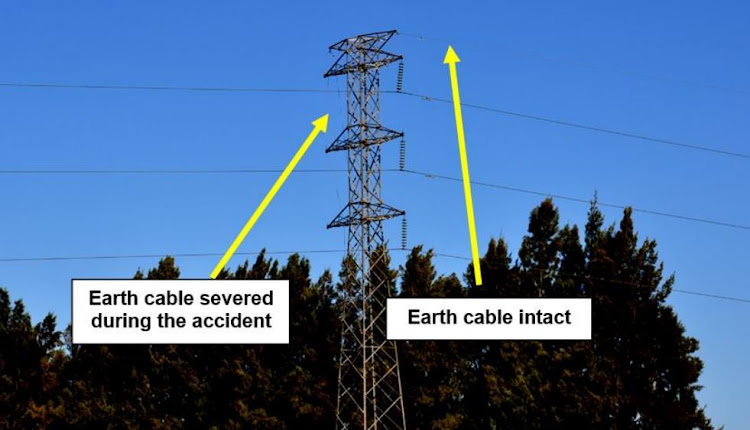 Ten minutes later, Möller was about 650m away when he heard a loud popping sound followed by silence then a crash, he told investigators. When he reached the wreckage, which was smoking but not in flames, he found Graham's body.

“The farm owner observed that the earth conductor of the high-tension power cable was missing, which led to the power outage in the neighbouring town (Ceres)," said the CAA report.

“Damage observed on the wreckage indicated that the helicopter was caught on its right skid by the cable. 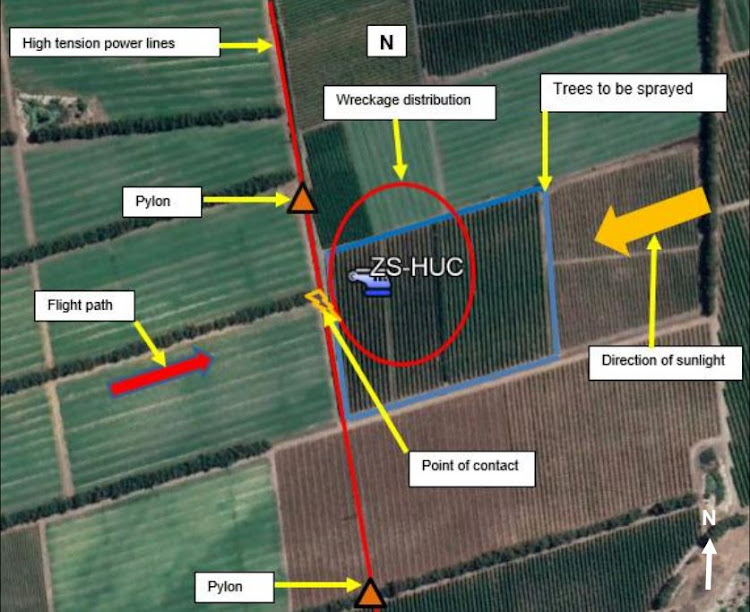 “The collision resulted in tension stress, causing the wires to break. The ‘popping’ sound heard by the farm owner was probably the sound of the main rotor blades impacting the left-side of the fuselage and severing the engine.”

Graham had flown for 1,360 hours since obtaining his commercial licence in June 2017, and had nearly 500 hours' experience in the Bell Jet Ranger, a single-engined helicopter widely using in crop-spraying operations across Southern Africa.

It is a privilege to live and fly in such a beautiful country. #capetown #southafrica #flying #helicopter #pilot #journey #tour #beach #fyf pic.twitter.com/YWUV5iCJ7z

After hitting the earth conductor 28m above the ground, the helicopter ended up on its roof in the pear orchard 110m from the initial impact.

“Numerous fragments of the helicopter were found scattered at a radius of approximately 80m (around the main wreckage), which was indicative of an in-flight break-up of the helicopter after colliding with the earth cable,” said the CAA report.

“At the time of the accident at 5.50am, it was determined that the sun azimuth angle was just above the high ground (mountains) from the operating area.”

One of the pilots had broadcast a mayday message, which was heard by two other aircraft.
News
11 months ago

SA's aviation community is reeling from Friday's helicopter crash at the Vaal Dam which claimed the lives of a well-known Johannesburg businessman, ...
News
1 year ago