The court heard that his passport was in Mpumalanga but would be handed in.

Thabethe was arrested last week alongside Dr Limakatso Moorosi, also from the department of agriculture, Seipati Dhlamini, who was the department’s financial officer, and Gupta family associate Iqbal Sharma in connection with the failed R288m Estina dairy project.

Thabethe and Moorosi face charges of contravention of the Public Finance Management Act and fraud. Dhlamini was charged with fraud, while Sharma and Nulane Investments 204 (Pty) Ltd, where Sharma served as a director, face charges of fraud and money laundering.

Moorosi and Dhlamini were each granted R10,000 bail in court last Thursday. Their matter was postponed on Monday to July 5.

Sharma is only expected to apply for bail later on Monday. 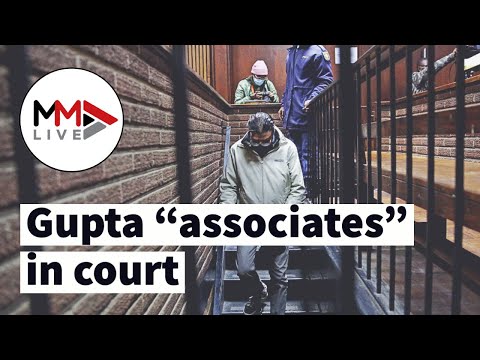 In his affidavit, read out by advocate Willem Edeling SC, Thabethe said he had been living on a farm in Mpumalanga for the past six years. Thabethe said he was married with two children, who were at university and dependent on him. His wife worked at the department of roads and transport in the Free State.

Thabethe said he owned two farms in Mpumalanga: one in Ermelo worth R8m and one in Doringkloof worth R3m. He said in his affidavit that he also owned a residential building in Ermelo worth R4m and a flat in Bloemfontein worth R600,000, where his wife now stayed.

Thabethe, who said he was on medication for chronic high blood pressure and cholesterol, also owned movable property worth R500,000.

He said he was out on bail of R10,000 for his alleged involvement in a separate matter before the high court in Bloemfontein. Thabethe undertook not to endanger, influence or conceal any evidence and to abide by his bail conditions. He said he had no desire to flee from the police, had respect for and confidence in the justice system and would stand trial. He would not interfere with witnesses.

He said he would plead not guilty to all the charges against him and believed the state had a “weak case” against him.

He said six families lived on his farms and depended on him.

Thabethe was charged with 16 other individuals and companies. They are accused of defrauding the Free State department of agriculture. Among the 17 accused are Atul Gupta and his wife Chetali, Rajesh Gupta and his wife Arti, as well as another Gupta family lieutenant, Ravindra Nath.

Through Sharma's company, Nulane Investment 204, he won a contract for almost R25m to perform a feasibility study of the Mohuma Mobung agricultural project. The project allegedly paved the way for the Estina dairy project that the Gupta family used to siphon millions.

Of the money from the Free State agriculture department, R19m was allegedly channelled to Sharma's company and others belonging to the Guptas and their wives with “bewildering rapidity”, according to the indictment.

The Investigating Directorate said Sharma's company received the dairy project contract on the basis that it had specialised skills. However, the company had no employees and subcontracted the job to Deloitte, which charged R1.5m.

The indictment said the money was moved between the companies in an “unusual and convoluted manner and without a legitimate business purpose” to try to hide its origins.

State prosecutor Jacyntha Witbooi, who opposed the bail application, said the Free State was the “most looted province in the country” and this was mostly assisted by government officials.

Witbooi said Thabethe and his co-accused “contributed significantly” to the province being captured and “looted dramatically” by the Gupta family. She said the funds looted were meant for service delivery and to uplift the community, but the communities had since become frustrated with the state of the province.

Witbooi said the state was confident it had a strong case.

Thabethe will be back in court on July 5.