By Tinashe Chimbidzikai and Josiah Taru 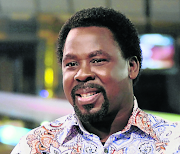 TB Joshua, the popular Nigerian charismatic preacher and televangelist, who has died at the age of 57, left a conflicting legacy. The co-founder of The Synagogue, Church of All Nations megachurch was hailed by his ardent followers as a “true man of God” and a philanthropist who fed the poor, gave electricity, educational scholarships, emergency relief, and employed young people in his football club.

TB Joshua founded his ministry in 1987. It became a household name in most African countries due to the live broadcasts of his church services. These were viewed by millions of his followers on Emmanuel TV and other online platforms.

He had more than five-million followers on social media, with more than 15,000 people attending his services weekly.

He also attracted a great deal of criticism. His critics dismissed him as a “fake prophet” and a proponent of the “health and wealth” gospel which takes advantage of his followers trapped in poverty.

While he enjoyed huge success at home and abroad, TB Joshua was not formally recognised by two main Christian bodies in Nigeria. The Christian Association of Nigeria and Pentecostal Fellowship of Nigeria denounced him as an “impostor” and “cultist”.

In remarks aimed at him, the Pentecostal Fellowship warned followers on the dangers of infiltrators who have modernised cultism by injecting the name of Jesus Christ into their largely unbiblical practices. It is necessary that we reiterate this position that the Synagogue (of All Nations) falls into this category.

So who was the controversial figure, TB Joshua?

Born Temitope Balogun Joshua in 1963, in the south western Nigerian state of Ondo, TB Joshua had a humble upbringing. His father worked in the colonial civil service as a translator for the British colonial administration. He got his primary education at St Stephen’s Anglican Primary school at Arigidi. As a student, TB Joshua excelled in Bible knowledge. He was often called to lead prayers at the school assembly.

When his father passed away, TB Joshua went under the care of his uncle, who was a devout Muslim. TB Joshua was sent to a Muslim secondary school. Given that he was a devoted Christian, he soon left the school and took on menial jobs for survival. These enabled him to complete his secondary education.

In 1987, at 24, TB Joshua and eight other people formed The Synagogue, Church of All Nations. They operated from a dilapidated house in the Agodo-Egbe neighbourhood of Lagos. As the stories of miraculous healing and prophecies spread, more people visited the new ministry. The Synagogue, Church of All Nations later relocated to the city outskirts to accommodate a growing number of congregants.

TB Joshua wielded immense political influence in Africa. He enjoyed close relationships with elites across the continent. He provided spiritual guidance to many African heads of state, politicians, business executives and celebrities.

Politicians regularly flocked to consult him on issues affecting their daily life.

TB Joshua topped Africa’s hierarchy of charismatic Pentecostal clergymen. He had a vast network of preachers who identified as his “spiritual sons” in many countries across the continent. Prophets visited his Synagogue for spiritual mentoring and apprenticeship.

This network is likely to continue with his brand of Pentecostalism.

TB Joshua also made a number of controversial prophecies and predictions. He once told his followers that Covid-19 would miraculously go away.

He had a pathologising approach to homosexuality, for which he was blocked from YouTube.

He also prophesied a female candidate would win the 2016 US election.

In 2014, a guest house at The Synagogue, Church of All Nations collapsed, killing 116 guests. A coroner later ruled that the building was poorly constructed. TB Joshua tried to “kill” the story by allegedly bribing journalists and spiritualising the accident. His proximity to power in Nigeria could have helped him escape without prosecution.

The sudden demise of TB Joshua leaves a huge question in African Christianity. How will the second generation of Pentecostal pastors who have established megachurches and created a transnational network of adherents prepare for succession and ensure their legacy continues after their demise?

Tinashe Chimbidzikai is a doctoral research fellow at the Max Planck Institute for the Study of Religious and Ethnic Diversity. Josiah Taru is a lecturer at the Great Zimbabwe University.

This article was first published on The Conversation.