Victor Mpofu lost his hospitality job during lockdown, but now helps feed those who need it most 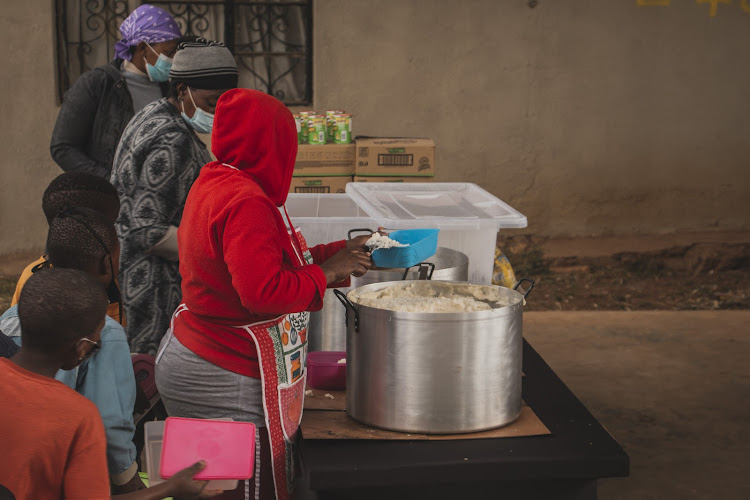 It was the innocence in their eyes, the glowing smiles and knowing their tummies are full when they go to bed at night. This was the driving force behind Victor Mpofu’s decision to help SA Harvest feed hungry children around Gauteng.

Mpofu, who worked in the hospitality industry, lost his job during the nationwide lockdown in March last year.

His life changed when he met Alan Browde, CEO of SA Harvest, a food rescue and distribution organisation, in April.

“The kids started coming with small containers to fetch food. To see those kids, it touched my heart and I cried. I cried so bitterly that I hid myself in the car. I realised I can help feed those in need and let them sleep on a full stomach. I wanted to be involved.

“I realised it is the right thing to do because at the end of the night you can pat yourself on the back and say you achieved something today. Someone slept with a full stomach because SA Harvest rescued food.”

Mpofu said the rest is history.

“Very few people realised the enormity of the problem we were already facing, with 14 million going hungry every day,” he said.

He said with the support of South African expats living in Australia and funding of their first vehicle by airline entrepreneur Gidon Novick, SA Harvest got off the ground, officially launching on October 19 2019, with Novick as chairperson of the organisation.

“Complacency was shattered by Covid-19 as individual and corporate consciousness woke up to what was happening.”

To meet the dramatic increased need to get food to those who are food-vulnerable, SA Harvest had to upscale volunteer staff, infrastructure and paid permanent staff and extended the range of food donors and beneficiary organisations.

Since its launch, SA Harvest had a massive impact, delivering more than five million meals to more than 70 vetted beneficiaries and community-based organisations countrywide. 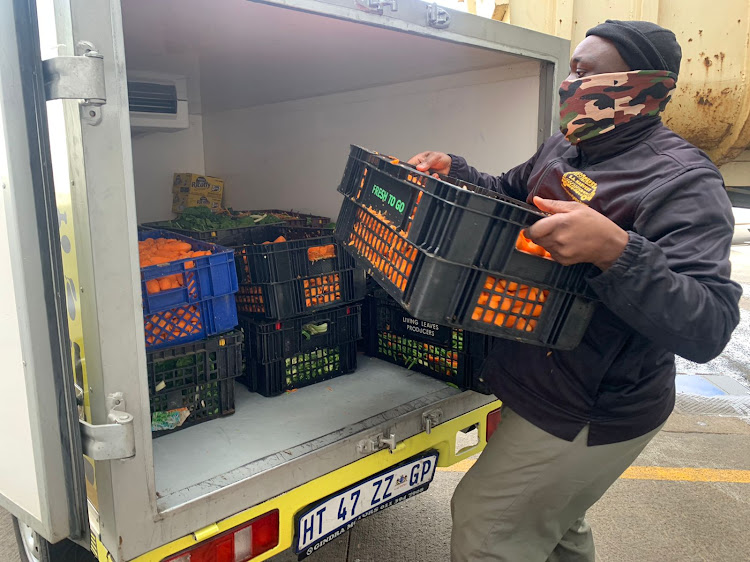 Browde said the mission of the organisation was to end hunger nationwide.

“We do this in two ways; we rescue food that would have gone to waste; and then deliver the food  in refrigerated vehicles to beneficiaries and hungry people all over the country.

“We make sure the food that we rescue is nutritious and we don’t just rescue starch and carbohydrates. We deliver food to people who feed children, men and women. Our aim is not only to feed people but also improve their nutritional diets,” Browde said.

Mpofu’s day starts at 8am at the SA Harvest warehouse in Johannesburg. This is where Mpofu, better known as “Captain” by his team, assesses how much food they have to distribute. The team then co-ordinates the rescues for the day.

On Wednesday mornings, Mpofu loads boxes of KitKat chocolates, Nescafe Ricoffy and Cremona into his yellow mini truck at the warehouse.

He then makes a 30km trip to Fresh to Go in Kempton Park, the main supplier of Woolworths’ fresh fruits and vegetables, to rescue stock.

Thursday’s rescue trip was to Imagine Church in the south of Johannesburg. The food was distributed at the Jackson Park informal settlement. When entering the gates, scores of people, mostly young children, stood in long queues at the gates.

Scott Headrick from the church said they started the feeding scheme shortly after the  lockdown started.

They feed hungry people from Monday to Friday.

“In the beginning, when schools were closed, we were feeding between 600 and 800 children daily. With schools open again, we are feeding 100 to 400 children a day.”

Headrick said SA Harvest has assisted them daily to ensure most of the hungry are fed in the informal settlement.

Meals vary from pap and stew, to meat and vegetables, samp, soup and on occasions special treats like ribs and chocolates.

“We try to do hearty meals and something that can sustain them because some children only eat one meal every day.

“It is a special feeling and comforting to know we can do our part. It melts your heart to see the little smiles and satisfaction on the childrens’ faces.” 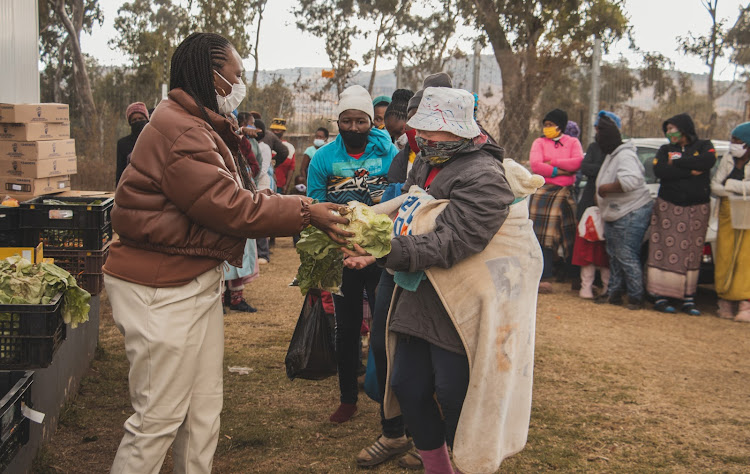 Mercy Khutlane said she was grateful her two children were able to get daily meals from the outreach.

“It helps us a lot because sometimes when I am not here and at work, the children can come here to get food. Most of us are suffering so this helps us very much and I am thankful.

“SA Harvest must not stop what they are doing,” Khutlane said.

Resident Rebecca Motaungo said: “I only eat here when I don’t have food at home. The food here is very nice. I can eat and sleep nicely at night. Thank you SA Harvest for giving me food today.”

Cuts to social grants will be disastrous for our children — experts

Rising unemployment and high food prices during the Covid-19 pandemic have pushed many South African households deeper into poverty – putting ...
News
1 year ago

The Skhaftin bus - named after a local slang word meaning lunch box - aims to fight hunger in the inner-city of Johannesburg.
News
1 year ago

Alexandra gogo feeds families who 'fell through the cracks' during lockdown

“I had more than 200 children coming to me and saying they are orphans and they are hungry. I couldn’t turn them away so I started cooking for them,” ...
News
1 year ago