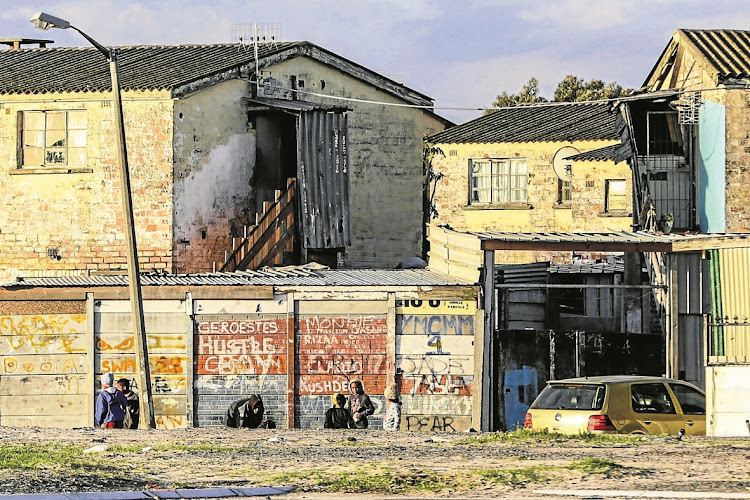 A primary school teacher in Manenberg, Cape Town, was hounded out of her job by pupils and colleagues, an arbitrator has ruled.
Image: Adrian de Kock

A fired teacher will collect R370,000 back pay and return to her job after an arbitrator said colleagues and pupils conspired to get rid of her.

Lee-Ann Snyders was fired from Primrose Park Primary in Manenberg, Cape Town,  a week before the start of the Covid-19 lockdown in March 2020 after a disciplinary hearing found her guilty of 14 charges of misconduct.

But the Education Labour Relations Council arbitrator who heard her appeal said this week that witnesses' lies, conflicting and changing stories and the “toxic rivalry” between Snyders and another grade 5 teacher pointed to “collusion”.

The arbitrator reinstated Snyders from June 20 and ordered the Western Cape education department to pay her full salary for the 15 months she has been out of work.

Former principal Ricardo Ward testified that 80% of Primrose Park pupils were from the disadvantaged Cape Flats suburb of Manenberg, where fetal alcohol syndrome, poverty and substance abuse were rife.

He told the arbitrator the school had “behavioural challenges” from defiant pupils, parental support was minimal, and the use of derogatory language and name-calling was widespread, as it was in the surrounding community.

“I am therefore not surprised by the derogatory utterances of the learners attributed to [Snyders] nor the name-calling,” said the arbitrator.

“I am satisfied that it is more likely that the learners had conjured up these names and derogatory language themselves [and there is] a propensity of the learners for not telling the truth in the allegations manifested in the charges against [Snyders].”

The arbitrator added: “Most of the evidence led at this arbitration points in fact to fabrications made up in meetings of the group of learners making the allegations against [Snyders].”

Among the allegations the arbitrator dismissed were claims that she:

It emerged at the arbitration hearing that after being fired, Snyders applied for a protection order against Ward for sexual harassment and intimidation.

A school choirmaster who told a 14-year-old singer he wanted to be her "virgin breaker" has failed in his attempt to keep his job.
News
1 year ago

He also testified that the teacher of the “rival” grade 5 class made a series of complaints about Snyders based on reports she solicited from pupils.

This followed an incident in which Snyders handed the principal handwritten complaints by pupils that the rival teacher practised corporal punishment, allowed pupils to rub her shoulders and encouraged her own pupils to hit Snyders' class members.

The rival teacher failed 26 out of Snyders' 34 pupils in a geography exam, and pupils alleged she provided her own pupils with the answers before a mathematics exam so they would outperform Snyders' pupils.

Ward told the arbitrator he called a meeting with the two teachers after learning of a “toxic rivalry” between their classes. He had also spoken to both classes separately.

The former principal said Snyders' head of department had been given a verbal warning in 2018 for telling the teacher, in front of colleagues, parents and pupils, to “f*** off” because she would like to get rid of her.

An education official who was fired after being absent from work for nearly eight years has been reinstated.
News
1 year ago

The department head said she had been provoked by Snyders divulging information from a meeting the previous day, contrary to instructions.

In her performance management report in 2018, said the arbitrator, Snyders said “she had to survive workplace bullying, attacks on her professional competence, damage to her reputation and daily threats to her professional status through overwork and false attacks from teachers and learners used by certain individuals”.

The arbitrator said the evidence he had heard about the Primrose Park pupils' “penchant for defiance of the teachers ... socio-economic circumstances and ... behavioural problems” meant it was “unlikely that [Snyders] had conducted herself generally in the manner alleged”.

The finding added: “Critical is Ward’s testimony that the learners are treated in the community in the manner [Snyders] is alleged to have treated them.

Williams was fired after the death of Enock Mpianzi. The 13-year old grade 8 pupil died at the Nyati Bush and Riverbreak lodge near Brits during a ...
News
11 months ago

The Gauteng department of education says it has opened criminal cases against two teachers from a Soweto school who allegedly took turns sexually ...
News
11 months ago