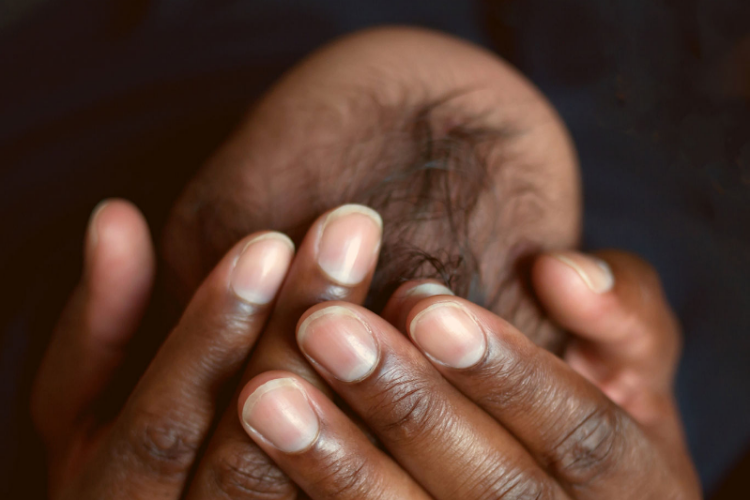 The stories about the 10 babies have gripped the nation. Stock photo.
Image: 123RF/VITALINKA

The birth of decuplets, allegedly to 37-year-old Gosiame Thamara Sithole of Thembisa, continues to dominate news headlines as South Africans eagerly wait to meet the “Thembisa 10”.

Pretoria News reported on the births last week, but confusion reigned when the national and Gauteng health governments said they were unable to confirm the report.

Ekurhuleni mayor Mzwandile Masina said his office had met the family, and released a statement on behalf of the family confirming the births.

Here is a timeline of events:

Pretoria News reported a Gauteng woman had broken a Guinness World Record by giving birth to 10 babies at an undisclosed hospital. It said doctors initially detected eight, but Sithole and her partner Teboho Tsotetsi were pleasantly surprised when they learnt there were two more babies.

Tsotetsi said seven of the 10 were boys and three were girls.

POLL | Is it right to ask for pictures of the 'Thembisa 10'?

Before official confirmation and the statement from the family, scores who were fascinated by the births said they wanted to see pictures of the ...
News
1 year ago

The government could not initially provide confirmation of the unique births. Director-general of government communications Phumla Williams said at the time the authorities were seeking more information.

“The posts attribute the births of the babies to Gosiame Thamara Sithole from Gauteng. The government has been unable to verify the authenticity of these births at our facilities. We need to verify the story and provide assistance where needed,” said Williams.

Lucky Star pledged to donate a year’s supply of pilchards to the family.

June 9: No record of the babies

“We have no record of the 10 babies at any Gauteng hospital. Unless they were born in the air, we checked both private and public hospitals and no-one knows about the case. Another question is, where are the obstetricians who delivered the babies and the paediatrician who is looking after them? No-one is coming forward,” he said.

The Gauteng government said on Wednesday it has "no record" of the 10 babies reported to have been born in Pretoria this week.
News
1 year ago

June 10: Babies are ‘fighting for their lives’

Sithole’s family told TimesLIVE she and her babies were recovering in hospital. A family member said Sithole was not able to release pictures because the babies were still in neonatal ICU and she was not allowed to have a cellphone.

She said the babies were born prematurely at 29 weeks and were fighting for their lives in hospital.

The Gauteng social development department dismissed media reports that Sithole had gone missing and a case was opened with the police.

Acting Thembisa police station commander Col Mokoena told TimesLIVE there was no record of a case regarding a missing woman.

Gosiame Thamara Sithole, 37, the mother of the so-called “Thembisa 10" babies, is not missing, as was reported earlier on Friday.
News
1 year ago

Social development minister Lindiwe Zulu told Sunday Times a social worker in her department had said there were babies in a hospital who were born prematurely.

“It is a sticky and sensitive situation, but sensational at the same time, with many saying it is false news, but I am working with the information I have,” she said, adding she would visit the family on Monday.

Several community members told the newspaper Sithole had a difficult pregnancy and struggled to walk properly.

Lucas Shaku, who runs a kota joint and a car wash, said the births were “the best news”.

“I saw her once and she was using crutches to walk. We are happy for her because we never thought things like this happen. We all felt sorry for her during her pregnancy,” he said.

June 14: Mediclinic distances itself from claim it treated Sithole

Hospital group Mediclinic on Monday night distanced itself from a report which claimed Sithole had given birth at the Mediclinic Medforum Hospital in Pretoria.

Tsotetsi told the publication Sithole had told him she had given birth at the hospital but visitors were not allowed.

Mediclinic told TimesLIVE it was aware of the publicity about the births of the babies.

“However, we can confirm none of our facilities were involved in the obstetric care of this patient or her decuplets,” said spokesperson Tertia Kruger.

The story also quotes Tsotetsi as saying Sithole told him she was moved to the Steve Biko Academic Hospital on Friday. This despite Gauteng health and other provincial authorities saying last week they could not trace Sithole at any public or private facilities.

Mediclinic on Monday night said it had not treated the mother of the "Thembisa 10" babies.
News
1 year ago

The CEO of Pretoria's Steve Biko Academic Hospital, Dr Mathabo Mathebula, told 702 on Tuesday the mother of the “Thembisa 10" and the babies were not admitted there.

Mathebula claimed Sithole arrived at the hospital on Saturday, introducing herself as the woman who gave birth to the 10 babies, and asking to “see her babies” in NIU (neonatal inpatient unit).

“She said she gave birth at Louis Pasteur and they told her they will transfer the babies to the hospital [Steve Biko]," Mathebula added.

Spokesperson for the Louis Pasteur Hospital Michael Sadiki told the radio station Sithole was not on their records and the babies were not delivered at the facility.

Gosiame Sithole arrived at the hospital on Saturday and introduced herself as the woman who gave birth to the 10 babies, says CEO.
News
1 year ago

The world-record 10 babies reportedly born to a Tembisa woman this week have Gauteng health authorities in a spin - and social development minister ...
News
1 year ago

As a nation we should be less gullible, ask more questions and seek proof and facts
Opinion & Analysis
1 year ago

TOM EATON | Ten babies or not, their three wise men get 10 out of 10 for hubris

"That the holy trinity of Rampedi, Surve and Masina have endorsed this story should be enough to set off alarm bells," writes Tom Eaton.
Opinion & Analysis
1 year ago