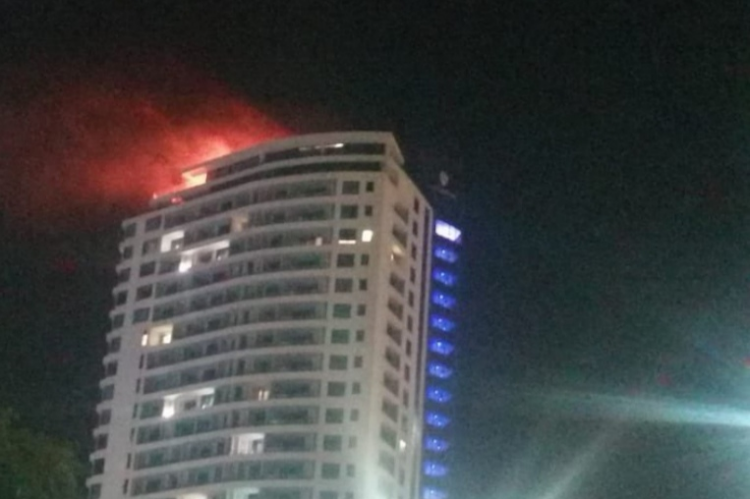 The balcony of the penthouse at the plush Pearl Sky caught alight early on Monday morning.
Image: Supplied

Scores of residents at the plush Pearl Sky apartment building in Umhlanga were evacuated during the early hours of Monday morning after a fire broke out on the balcony of the penthouse owned by a renowned Durban businessman.

eThekwini fire and rescue divisional commander Jay Kanniappen told TimesLIVE that the fire had broken out around the pool and jacuzzi area of the penthouse on the 32nd floor of the building.

Kanniappen said residents from 30 floors below had to be evacuated.

“There were occupants in the penthouse. But the fire did not affect the interior, rather the wooden deck outside,” he said. 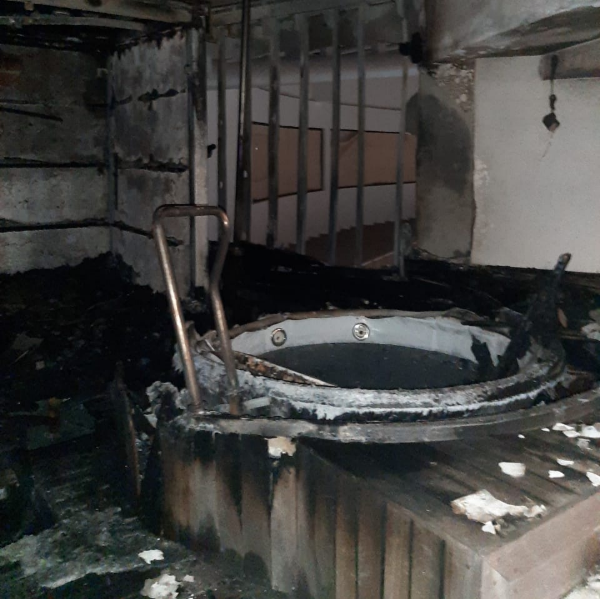 The jacuzzi was damaged by the fire.
Image: Supplied

“Quick action by our team brought the fire under control. We had a member of the security personnel who was overcome with smoke and treated by paramedics.”

Staff of the businessman, whose identity is known by TimesLIVE, chose not to comment on the incident.

The Pearls of Umhlanga body corporate confirmed in a brief statement that “there was a fire at Pearl Sky in the early hours of this morning”.

“The fire was contained to a balcony and the occupants were not affected.

“As a precautionary measure, residents of the building were evacuated until the fire was extinguished. No one was injured.”

An inquest docket has been opened after the discovery of the body of a 21-year-old woman inside a burning apartment in Marine Drive, Summerstrand
News
1 month ago

A grade 7 pupil died from burns sustained when he attempted to mimic a video seen on a social media app, which showed sanitiser being set alight.
News
1 month ago

A fire in the upmarket Johannesburg suburb of Hyde Park that gutted a home has shone a spotlight on faulty fire hydrants and the shortage of fire ...
News
1 month ago