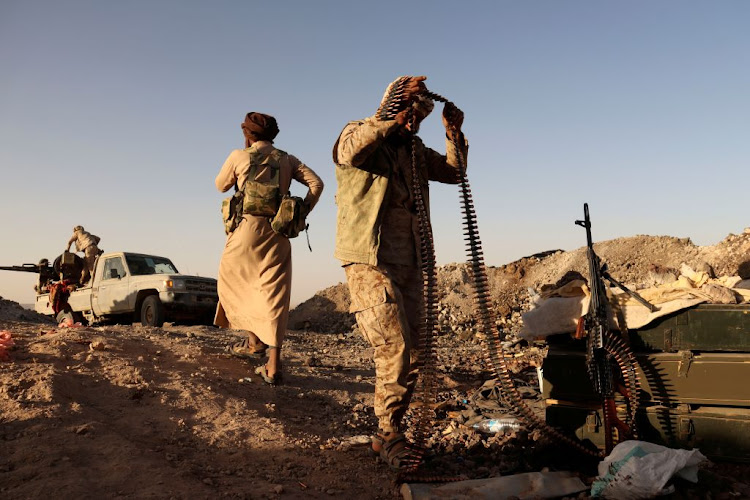 A court on Tuesday urgently ordered the National Conventional Arms Control Committee (NCACC) to inform all South African arms companies that have permits to export arms to Saudi Arabia and the United Arab Emirates that there is going to be a court case to stop the export of weapons to countries that non-governmental organisations say are fuelling the devastating conflict in Yemen.

The order will allow those companies that want to join the litigation to do so.

The Southern African Human Rights Litigation Centre (SALC) and Open Secrets, a non-profit organisation investigating economic crime, said in their court papers that the war in Yemen has been described as the “world’s worst humanitarian crisis”. Yet SA has, since 2016, exported more than 20% of its arms to them — in breach of the law and the constitution.

The United Nations’ Group of Experts on Yemen has called for the complete halt on the transfer of arms to all the parties involved in the Yemen conflict, the organisations said. Both Saudi Arabia and the UAE have been accused of war crimes and crimes against humanity.

The Southern African Human Rights Litigation Centre and Open Secrets will be in the Pretoria high court on Tuesday afternoon over the ...
News
1 month ago

Evidence has now emerged that South African-made weapons have been found at the scenes of civilian attacks in Yemen. Even though SA has not exported arms to Yemen since 2010, “it is reasonable to assume that these arms form part of the exports to Saudi Arabia and the UAE,” said SALC’s Annke Meerkotter in an affidavit.

On Tuesday the NGOs urgently asked the court to order the NCACC to give them a list of all the arms companies it has issued permits to — so that they can join these companies as parties in the litigation.  Despite some back and forth correspondence since March, the NCACC has not given them this information. As an alternative, they asked the court that the companies be notified of the litigation — the order that was granted by Pretoria high court judge Norman Davis.

The NCACC did not file court papers and did not turn up in court to answer to the case. The hearing was over in less than half an hour with Davis granting the order.

“Now we get to the urgent business of stopping the sale of weapons to Saudi Arabia and the UAE who have targeted civilians in Yemen and are accused of violating international law,” he said.

Van Vuuren said this was likely to be a lengthy process involving powerful institutions and large arms companies. “But it is vital that we challenge a practice which has seen a profit being made from human rights abuse in countries like Yemen.”

The NCACC is the body responsible for implementing the National Conventional Arms Control Act. The act says its purposes include to ensure adherence to international law and proper accountability when it comes to arms trading.

In her affidavit Meerkotter said: “The act draws a line in the sand between the secretive apartheid arms machinery and the post-apartheid commitment to being a responsible member of the international community ... No longer would weapons be sold to the highest bidder regardless of how they would be used.”

The main part of the case — Part B — will be asking for a court order setting aside the decision by the NCACC to grant the permits and asking the court to step into the NCACC’s shoes and refuse the permits. Alternatively, to send the permit applications back to the NCACC for reconsideration.

The act requires the NCACC to avoid transfers of arms where they will escalate regional conflicts or transfers to governments that systematically violate human rights. The committee must also, under the act, adhere to international norms and standards including UN embargoes.

“The NCACC has no discretion regarding the transfer of [arms] to governments that systematically violate or suppress human rights and fundamental freedoms. Given the wealth of evidence regarding the violations committed by Saudi Arabia and the UAE, it is clearly unlawful for the NCACC to authorise the transfer,” said Meerkotter.

CORRECTION: This article has been corrected to reflect that the order that was granted by the Pretoria high court was the alternative order that had been sought by the NGOs. They had, as their first choice, asked the court to order that they be provided with a list of all the companies with permits to export arms to Saudi Arabia and UAE in order that they may serve court papers on them.

The agreement, confirmed by justice minister Ronald Lamola on Friday, paves the way for the Gupta brothers to face corruption charges in SA.
News
1 month ago