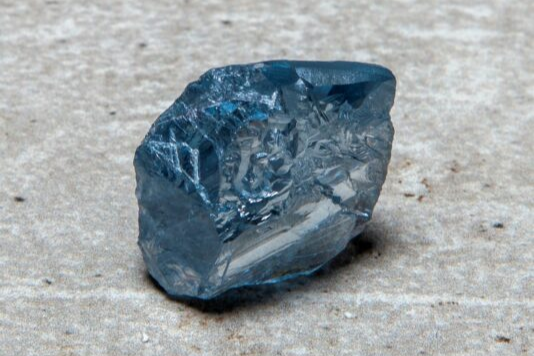 SA has been left in stitches after a video of a hopeful digger, who believed he found “diamonds” in Ladysmith, went viral.

During the week scores of people descended on KwaHlathi, outside Ladysmith in KwaZulu-Natal, believing there are diamonds in the area.

On Monday, people posted videos and images on social media of the “precious” stones said to be selling from R200 to R500, depending on the size.

In a now-viral video, an unidentified man can be heard speaking in isiZulu and jokingly telling his partner, over the phone, to burn everything at home because he had won big.

“Ngiyakuthanda yazi baby, uBaba seke winile [I love you, baby. Daddy has won],” the man can be heard saying while the crowd in the background laughs.

Our people have found diamonds in a village in KZN. Can our government NOT stick its sticks fingers in this operation. The PEOPLE SHALL SHARE IN THE COUNTRY’s WEALTH ✊🏽 pic.twitter.com/Uch1sa0BET

The stones have not yet been classified as diamonds or any other form of crystal mineral.

“We are deeply concerned about the images showing people coming from as far as as neighbouring provinces and flocking into KwaHlathi. We are worried that if not brought under control, the situation could result in chaos and a possible stampede,” he said.

“We call for order and calm and urge all those involved to cease their operations and vacate the site to allow the department of mineral resources and energy to conduct a proper inspection of the site and of what has been discovered there.”

On social media, many reacted with laughter to the situation, with some saying the government should let people keep the stones.

I hear the people of Ladysmith and KZN are playing Rihanna's SHINE LIKE A DIAMOND. What a time to be alive! What a touch! SA is alive with possibility. Siyaqhuba.

Even if what people in KZN dug up isn't diamonds but crystals, still wish to have experienced that. Crystals are expensive

yazi I think we should go fetch these diamonds in kzn... 🤣🤞🏿

I heard that in KZN is raining diamonds is it true 😂😂😂 pic.twitter.com/DEZoJscmSr

People there in KZN are convinced they are picking up diamonds 😭😭😭

Leave the KZN people to pick up those diamonds. Government must sit back.😤

Some people have started selling the stones, with the starting price ranging from R100 to R300.
News
1 month ago

Camp chairs, food stalls and hopeful diggers have crowded an area rumoured to be full of the precious gems
News
1 month ago

Geological and mining experts will be dispatched to KwaHlathi outside Ladysmith, where throngs of people have gathered in the belief they have found ...
News
1 month ago