A matric pupil said that while other students 'sleep in' on such a historic day, 'I am forced to wake up early and go write an exam on a public holiday without a choice.' 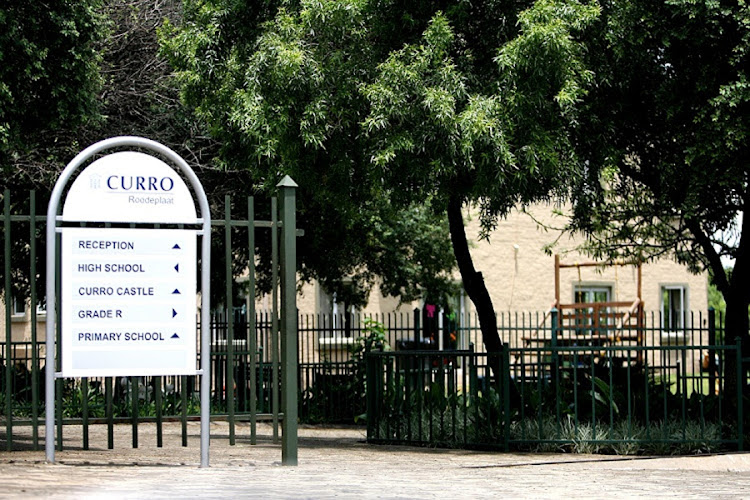 Grade 12 pupils at Curro Aurora in Randburg, Johannesburg, are fuming after they had to write a midyear exam paper on Wednesday while the rest of the country celebrated Youth Day.

A matric pupil said that while other students “sleep in” on such a historic day, “I am forced to wake up early and go write an exam on a public holiday without a choice.”

The pupil said: “An exam has been placed above my ethical right to celebrate Youth Day the way I want to. The choice to disregard how we feel about this, as students, and continue with what they want, highlights the true colours of Curro Aurora.

“I am privileged to even write June exams, yes, but a line has to be drawn when you are the only school in the country that is forced to write on a public holiday and on Saturdays.”

He said that the “immense academic pressure” from the school and disregard for the students’ wellbeing “can no longer be accepted”.

The department of basic education delayed reopening schools by two weeks to reduce the spread of Covid-19.
News
1 year ago

“On a day when others commemorate the fight for educational choice, our choice has been stripped from us.”

On June 16 1976, thousands of Soweto students marching in protest against Afrikaans being made compulsory in schools were met by heavily armed police.

Official figures were that 23 people were killed on the day, but some reports estimated it was at least 200.

A second student said: “I feel like I’m at work. I feel like the concern is not my education but meeting a deadline. I feel like I’m stuck in a business that only cares to gloat about achievements instead of those that actually achieve them. I’m just tired. My family will be able to take a day off to just breath and I won’t be taking part because I have to study and I have to write so there’s no room for rest.”

Another student said that the changed June exam timetable made provision for an exam to be scheduled on Youth Day and on two Saturdays.

“I am deeply frustrated with the recent inexcusable decisions made by Curro Aurora that have been justified with ‘we are doing it for your benefit’. We are not robots. We are human beings that need rest and time to ourselves to recharge and remain somewhat sane.”

According to a student, Curro Aurora’s executive head, JC Engelbrecht, addressed them after they wrote the paper and spoke about Youth Day.

Curro spokesperson Mari Lategan said that five matrics tested positive for Covid-19 between May 31 and June 3 at the school and a decision was taken to postpone the exam papers scheduled for June 7 to 11 “to ensure the safety of the grade 12 learners”.

“Matric learners spent the week at home to ensure that we limit the spread of Covid-19 in school.”

She said that four exam papers were rescheduled to be written on June 16, 19, 26 and July 19, which will be the first day of term three.

“Our decision was communicated timeously, and no objection to this arrangement was received from parents or learners.”

Lategan said that Youth Day is commemorated throughout the group by adjusting schedules due to the Covid-19 pandemic.

“We do not disrespect the day and what it stands for. On the contrary, for us Youth Day 2021 is about celebrating the resilience of our class of 2021 and their commitment to ensure that learning continues, despite the pandemic.”

On June 1, basic education minister Angie Motshekga announced the cancellation of midyear exams for matric pupils at public schools to allow them more time to cover the curriculum.

EDITORIAL | State must decide how independent private schools are

A school’s a school whether you like it or not, says DBE on reopening

Curro schools will remain open as ‘nothing to the contrary has been gazetted’, but department begs to differ
News
1 year ago

Curro schools will continue to provide face-to-face learning next week despite the government announcement on Friday that the reopening of schools ...
News
1 year ago