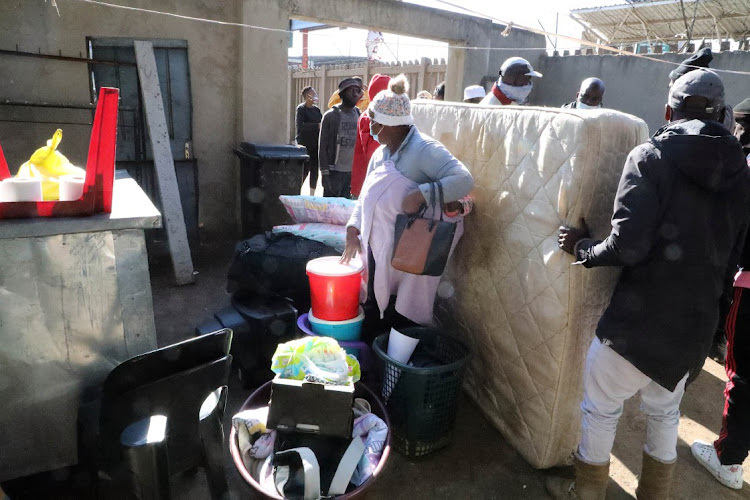 A couple taking their belongings during Operation Dudula to remove all illegal foreigners in Diepkloof, Soweto.
Image: Antonio Muchave

Scenes of looting and forceful evictions of families accused of living in drug dens played out on Wednesday in Soweto, where foreign-owned spaza shops were also attacked overnight.

At least seven families were left to pick up what was left of their belongings out in the cold in Diepkloof, where scores of community members went house to house evicting people.

The community had gathered under the banner of the so-called Operation Dudula, which targeted people they said were illegal foreigners running spaza shops and selling goods in the township. On Tuesday night, after the circulation of a poster calling for the forceful removal of foreign nationals, several spaza shops in Mofolo South and Naledi were looted.

"Whenever fresh violence erupts, my stomach begins to knot with tension,” writes photographer James Oatway at the beginning of '[BR]OTHER'.
Opinion & Analysis
5 months ago

Eastern Cape police top brass have met with the ambassador of Somalia to discuss the fatal shooting of four businessmen and injury of a fifth across ...
News
6 months ago