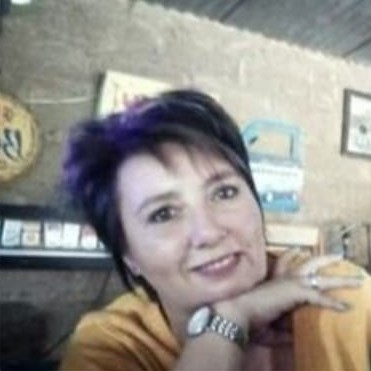 The photo of Lizelle Taljaard that was used with the advert placed online without her knowledge.
Image: Supplied

A woman from Ogies in Mpumalanga has turned to police to find out who was behind a sex advert placed online in her name, with pictures and her cellphone numbers.

On Tuesday, Lizelle Taljaard, 48, started receiving strange calls from men asking about her availability. She said the first call she received was identified as being from TrueCaller from Kgosi Mampuru prison.

To her dismay, she said the man on the other side asked about her availability to give the service she had allegedly advertised.

“It all didn’t make sense. I was furious and upset and ended the call,” she told TimesLIVE on Sunday.

From then on, she said her phone was flooded with calls, texts and WhatsApp messages from men requesting her sexual services. She said she received close to 50 calls and messages.

“I managed to ask some of them where they got my name and number and they told me that they are responding to an advert placed online on a dating website,” she said.

Taljaard said she immediately alerted her lawyer who assisted with making sure that the advert was removed.

“My lawyer wrote to the dating site and asked them to remove the advert immediately because I was not the one who placed it but all the information there was mine,” she said.

Her attorney, Lize Nel, confirmed to TimesLIVE that they had opened a criminal case and said they will also lodge civil proceedings against the person who is behind this.

“This is defamation and can cause so much harm on people,” Nel said.

She also told TimesLIVE she was dealing with more defamation cases where false adverts were placed online, including on social media.

“I'm seeing more clients who have similar cases which can really destroy the affected party,” she said.

Taljaard said she last received a call from men on Thursday.

On the advice of her lawyer, she had opened a criminal case with the police.

“I really hope the police can find whoever is behind this,” she said.

“The complainant alleged that on Tuesday June 15 2021, she was at her place of residence at Ogies when she received SMS messages and calls from different people asking her if she is available to be booked for sex sessions. She said further she asked the callers where they got that information from. They responded that there was an advertisement on the internet with her picture and cellphone number depicting her as a person selling sex,” Hlathi said.

The case is under investigation, he said.

The ongoing trial of a self-confessed serial murderer and rapist in the Eastern Cape has  highlighted the dangers of social media.
News
5 months ago

Xolisa Sojada, who found his victims through a Facebook page under a false name, has pleaded guilty to three murders.
News
5 months ago