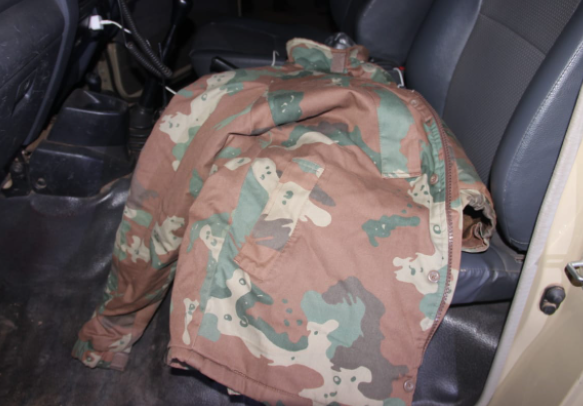 The foreign national travelling with the soldiers was wearing an official jacket as he tried to pass off as a member of the military.
Image: Supplied / SAPS

Two members of the military and an undocumented foreign national who they allegedly tried to disguise as a soldier are set to appear in the Musina magsitrate’s court after they were allegedly caught transporting illegal cigarettes in an army vehicle, said Limpopo police. 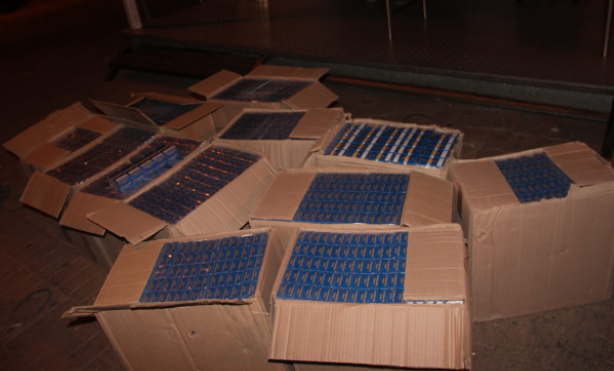 Cigarettes worth about R160,000 were found in the army vehicle.
Image: Supplied / SAPS

The three suspects were arrested on Friday following a tip-off to police.

“Police at Beitbridge received information about an army vehicle loaded with illicit cigarettes which were to be delivered to an unidentified buyer around Musina.

“They reacted by staging a stop-and-search operation next to the Baobab truck park along the N1 north of Musina,” said police spokesperson Brig Motlafela Mojapelo. 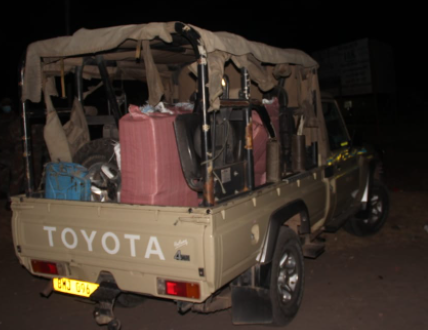 “The army vehicle fitting the description given approached and the members pulled it over. Two uniformed soldiers and a civilian wearing an army jacket disembarked from the vehicle. The vehicle was searched and 12 boxes of illicit cigarettes to the value of R160,000 were found packed in the back of the vehicle,” Mojapelo said.

The foreign national was arrested but the soldiers refused to be detained. Police confiscated the vehicle in which they were traveling .

“The soldiers were later brought to the police station by their commander and were then detained. They were charged with possession of illicit cigarettes, defeating the ends of justice and resisting arrest. The other suspect will be charged with impersonating a member of the military and contravening the Immigration Act,” said Mojapelo.

Details have emerged of how South African soldiers allegedly terrorised people during the lockdown last year, confiscating liquor then drinking it, ...
News
7 months ago

A truck driver from Zimbabwe was arrested for smuggling illicit cigarettes worth more than R1m in Springs in Ekurhuleni at the weekend.
News
8 months ago

12 million illegal cigarettes to be shredded on Friday

The cigarettes were seized in various operations, including the confiscation of a 40-foot container smuggled into the country.
News
9 months ago