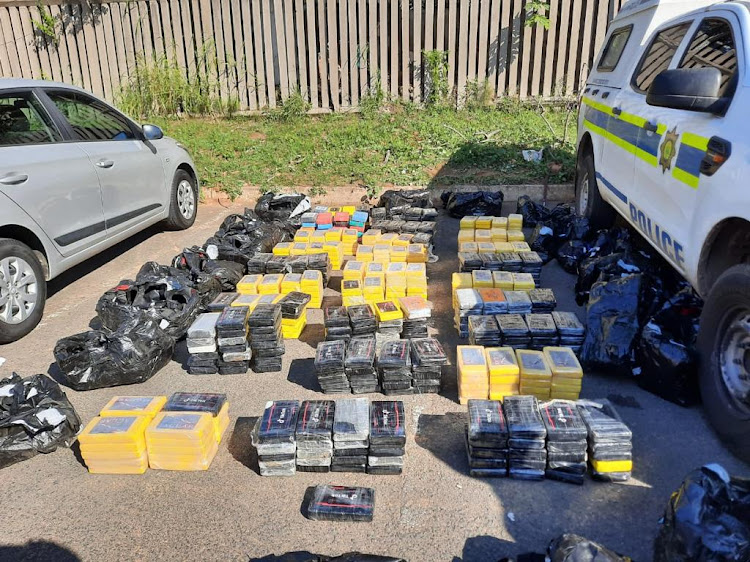 Police on Tuesday confiscated 541kg of cocaine with an estimated value of R243m in Isipingo, south of Durban.
Image: Supplied

Police on Tuesday confiscated 541kg bricks of cocaine at a container depot in Isipingo, south of Durban.

Spokesperson Lt-Col Philani Nkwalase said the operation took place in the early hours of Tuesday morning after information about the smuggling of drugs was received. Officers searched a container which “supposedly had animal food” in, and found 26 canvas bags with Tik Tok and Jaguar brands with the bricks of cocaine.

“The drugs weighing 541kg with an estimated value of more than R243m were confiscated,” said Nkwalase.

An investigation to “catch the perpetrators and prevent contraband drugs coming into our country is continuing”, said Nkwalase.

“We are closing in on the drug cartels. This drug bust shows that there are organised criminal groupings that are involved in the movement of these dangerous dependence-producing substances from one country to the other. While fighting the supply of these substances, we appeal to the community not to increase demand, which will ultimately help in closing the market,” he said.

Feel like splashing out on Father's Day? Why not register the old man to bid for a 24m, 111-ton cocaine ship that will be auctioned next month in ...
News
1 year ago

Police have arrested three more people linked to the discovery of R400m worth of drugs in a boat being transported on the N1 freeway earlier this ...
News
1 year ago

The Louisiana State Police unit involved in the deadly May 2019 arrest of Ronald Greene is under investigation over whether its officers are ...
News
1 year ago