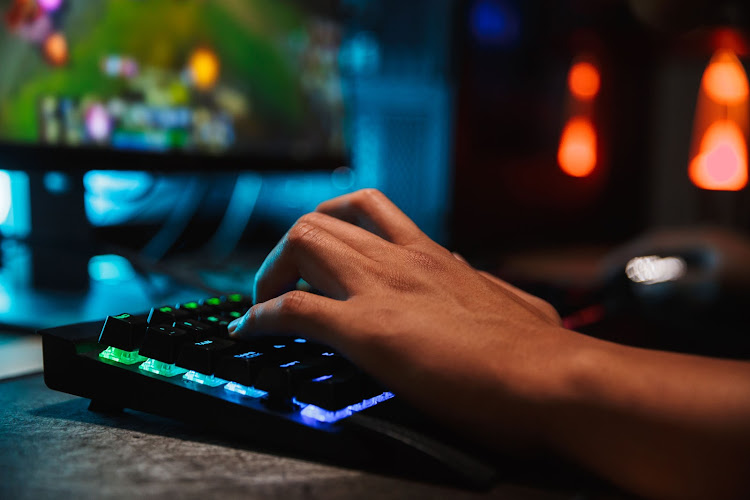 'You have to move forward, otherwise it’s going to eat you alive,' says a Centurion robbery victim after a recent attack was streamed live on the internet during an online game. Stock image.
Image: 123RF/Dean Drobot

For about 20 minutes, online gamers watched and could hear as Sterna Lewis, her boyfriend and two children were ordered onto the ground, tied up and robbed by gun-wielding men in their Centurion home.

“They [the gamers] could hear us saying, 'Please don’t hurt us, our children or our dogs.' You need to put the sound very high but you can also hear them saying, 'Relax, we won’t harm them,'” Lewis told TimesLIVE. 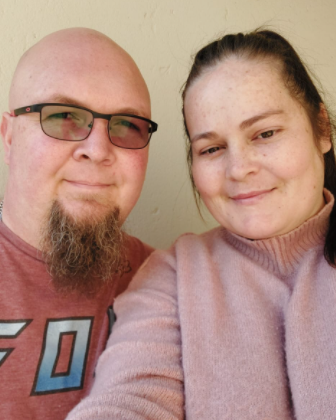 Sterna Lewis and her boyfriend Mario Engelbrecht were confronted by intruders while they were live streaming from their Pretoria home.
Image: Supplied

She had been in the middle of an online game which was being streamed live. She was with her boyfriend Mario Engelbrecht when they were suddenly yanked from their chairs and ordered to the ground.

“I saw out the corner of my eye my boyfriend going to the ground. I also felt something tugging on my headphones. Usually it would be my son, wanting to tell me something so I stop my game to assist him. I thought it was him but this tug was harsh. My hair was being pulled.

“I turned and saw my boyfriend going to the ground and I was staring into a gun pointed in my direction. There were three men and one asked me to get on the ground and be calm.

“We asked them if we could get our boys because they are in the house and they replied: ‘We know’. [They] knew they were in the house before they came to us,” said Lewis.

The children, aged nine and 12, were brought from their rooms to the same room where their mother and her boyfriend were tied up with their shoelaces, the wires of their headphones and heater cables. Engelbrecht’s head was covered with a black cloth. The children were also tied up.

On the computer screen where Lewis’s game had been livestreaming, the number of viewers grew from four to 48 as concerned gamers wondered where this robbery was unfolding.

Gamers started messaging each other, trying to establish Lewis’s location and send help.

Lewis said while the robbers made their way around the room, one headed to the screen, bent down and looked into the webcam, helping gamers grab an image of him. 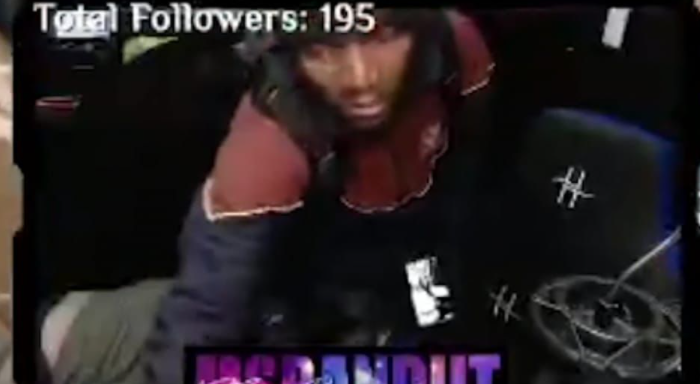 One of the robbers was captured on webcam during the robbery.
Image: Supplied

“One of our friends who lives on the estate with us regularly plays games with us. My boyfriend was on a chat channel with him on another game. My boyfriend never goes silent, so when he noticed he was not responding or answering our phones he came to investigate,” she said.

When the friend approached the garage, he heard unfamiliar voices inside. “He ran back to his vehicle and drove to the gate to get security and came back with them.”

By that time, the three armed robbers had already ransacked their bedroom and had stacked all the goods they intended to take in the lounge, including Xboxes, TVs and jewellery.

One robber had started Lewis’s car, which was idling in the garage and was to be used as the getaway vehicle.

“The suspects heard the security personnel outside and made a run for it,” she said.

Gauteng police have opened a case of house robbery and attempted murder after a renowned medical doctor and his wife were attacked in Waterkloof ...
News
7 months ago

So quick was their escape that they left behind their own valuables: a bag containing tools, probably planned for use to break into the house — but as luck would have it, they had arrived to find the doors at Lewis’s home unlocked.

When the robbers fled, they took three cellphones, five smartwatches, car keys and Engelbrecht's wallet. But they dropped some of their loot along the way. Engelbrecht’s cellphone was dumped on the highway which runs next to their estate.

The next morning, they received a “ping” to indicate where his watch was last located, and found his wallet and car key also dumped there. The robbers had switched off his watch and fled with it.

Lewis said the family had since returned to their home after last week’s ordeal.

“You mustn’t ponder on what has happened in the past. You have to move forward, otherwise it’s going to eat you alive. If you don’t move forward, you are going to be living in fear,” she said.

She said they were grateful no-one was harmed.

It seems the three-man gang gained entrance into the estate by cutting through a fence.

The police confirmed that no arrests had been made by Tuesday morning.

A breakthrough came in the form of missing CCTV footage, which captured a group of armed robbers stealing sneakers worth hundreds of thousands of ...
News
7 months ago

A 30-year-old man who returned to rob a family he had done electrical work for previously has been sentenced to 15 years' imprisonment by the Brixton ...
News
9 months ago