R3bn plus 28 new trains will put Cape Town back on track, says Prasa 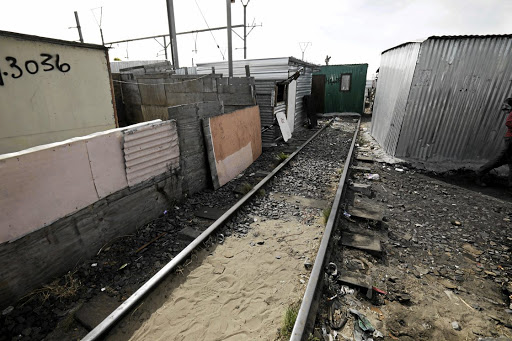 Cape Town commuter trains are running at 34% of capacity compared to 2019, when they were already on their knees due to arson attacks, theft of infrastructure, vandalism and mismanagement.

Five out of 12 trains operated by Metrorail in 2019 are no longer running, according to a Passenger Rail Agency of SA (Prasa) presentation to the Western Cape legislature transport committee on Tuesday.

And the central line, once Metrorail’s busiest in Cape Town when it provided cheap transport for most of the Cape Flats’ poorest areas, is inoperable.

According to Prasa, 56ha of railway line and stations are now covered by 7,844 illegal informal dwellings.

Damage to public infrastructure, whether through vandalism or theft, is nothing less than sabotage against the aspirations of South Africans, ...
Politics
11 months ago

At least 1,350 will have to be moved so that repairs can start on the central line, and Prasa said a final eviction hearing in the Cape Town high court is scheduled for July 27.

“It must be noted that not all the illegal dwellings need to be moved at once, although this is desirable to ensure easier asset and land protection,” according to the presentation.

By 2019, after four years of arson attacks, Prasa had 44 trains left in Cape Town. It is now down to 28 but plans to double that by next year.

Prasa said R790m had been allocated for station repairs and upgrades over the next three years, and at an additional estimated cost of R2.1bn, it is appointing contractors to build a four-metre wall along the central line.

This would secure its assets and prevent the “rampant” theft and vandalism which has left the line without tracks, communication cables, power cables and even steel pylons.

DA transport committee spokesperson Ricardo Mackenzie said he wanted a debate in the legislature on transferring responsibility for commuter rail to subnational governments.

Prasa is pushing ahead with a R3.5bn deal to buy locomotives that were found to be "too tall" for SA's rail network - even though a court ruled the ...
News
11 months ago

Transport minister Fikile Mbalula on Monday said an estimated 27% of the department's budget would be allocated to the Passenger Rail Agency to ...
News
11 months ago

Metrorail on Monday released CCTV footage of two people believed to be connected to a train fire at Cape Town station on November 28.
News
2 years ago