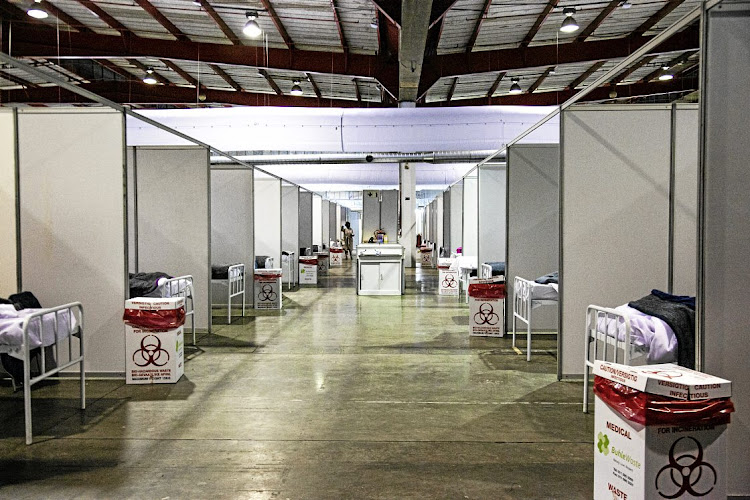 The Nasrec Covid-19 field hospital will be reopened. This is according to Gauteng premier David Makhura, who was speaking on Thursday.

The provincial government closed the field hospital in February, saying there was no longer any scientific, statistical or clinical reason to keep it open.

Makhura said the provincial government was criticised when the field hospital closed down. “At that time we were being criticised heavily, even by political parties. When people are complying there will be less patients. We had to close it and it was said to be wasteful expenditure” he said.

He said when infection levels were low, Nasrec had "very few people" and had oxygen facilities rather than ICU.

“When we were going to the second wave, we had taken a decision that we must ramp down.”

Makhura said the loss of a thousand beds at Charlotte Maxeke Hospital in Johannesburg because of a fire in April had been unexpected.

But he appeared to remain confident. “At the first point of the first wave and the second wave, there are beds we have added now that were not ready that time.”

The field hospital was initially secured in April 2020 as a 500-bed isolation and quarantine site to accommodate those who could not self-isolate or quarantine at home. It was later expanded to include 1,000 beds for “priority 3 patients” informed by projected infection peak numbers anticipated for August 2020, based on modelling at the time.

Gauteng premier David Makhura announced on Thursday that some blocks at Charlotte Maxeke Hospital which were untouched by a recent fire will reopen.
News
1 year ago

Many people exposed to Covid-19 in Gauteng may not yet have reached testing centres, experts have warned.
News
1 year ago

Covid-19 third wave is overwhelming many of Africa's hospitals