The oribi is SA's most endangered buck as a result of illegal 'taxi hunts' that unleash packs of greyhounds on game farms.
Image: Keenan Stears

The claims emerged in interviews with 50 KwaZulu-Natal game farmers who told zoologists taxi hunts — in which up to 150 starving, trained dogs compete in gambling-fuelled night-time bloodbaths — are the biggest threat to the oribi.

Some of the farmers told the University of Pretoria academics that “taxi hunting involves wealthy government and legal officials, who are knowingly violating several laws, [and] is part of the overwhelming problem of state capture in SA”. 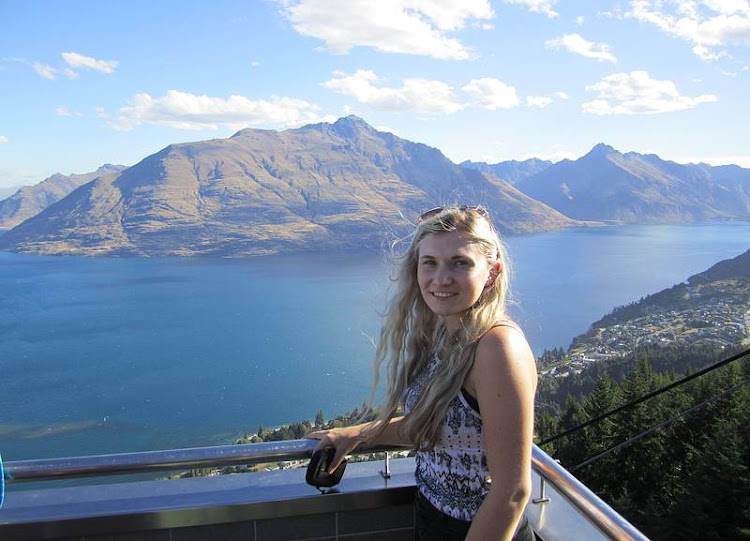 Adrienne Louw was a master's student at the University of Pretoria when she took part in the oribi study between October 2018 and May 2018. The findings have just been published.
Image: WWF South Africa

Publishing their findings in the journal Endangered Species Research, UP Mammal Research Institute's Adrienne Louw, Elizabeth Pienaar and Adrian Shrader said: “It is thus unsurprising that the threat of violence and legal repercussions associated with taxi hunting has reduced some [farmers'] desire to protect the oribi.”

Taxi hunts are usually organised by criminal syndicates, they said. “They involve multiple participants and packs of dogs (often greyhounds) arriving at farms at night, or in the early morning, in minibus taxis.

“The dogs are then released onto farms to hunt illegally without farmers’ knowledge or permission. Participants then place bets on the outcome of the hunt, with particular focus on oribi kills, although dogs often hunt indiscriminately.

“Biologists consider taxi hunts to be more destructive to the oribi population than dog hunting by local communities for food and subsistence purposes.” 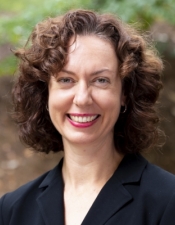 Some of the farmers told the UP team oribi are easy prey because they are “stupid”. One said: “They get up and run like hell and stop and look and then sit down. And that’s deadly.”

Oribi, which range between 7kg and 17kg, are not endangered in most of Africa but are under severe threat in SA because only 2.4% of their grassland habitat is conserved and much of it is in poor condition.

Three-quarters of SA oribi live on private land and half in KwaZulu-Natal, but only four of the 143 known farms with oribi are owned by black farmers.

“Because most commercial farmers in SA are white, and illegal hunting is predominantly conducted by black South Africans, illegal hunting of oribi exacerbates social and political tensions,” said the zoologists.

The tensions were fuelled by the fact that most farmers kept oribi for sentimental reasons, rather than for profit, even though each animal could fetch between R25,000 and R34,000.

One farmer said: "[Protecting oribi] is my social responsibility ... They’re critically endangered. They are so vulnerable. There are gangs of hunters who think it’s funny to let loose a dozen greyhounds and hunt them down. I can’t handle that. I just can’t handle it. So, I will do whatever it takes to protect these animals.”

Another said: “One of the things that gets me out of bed in the mornings are the wild animals. The oribi are a joy for me to see.”

Most of the farmers dismissed poaching and locals hunting as minor threats to oribi, but 22 of the 50 said taxi hunting is a “severe threat”.

One said: “You’ve got 150 dogs that will kill 40 buck ... They’re going to put a huge strain on your wildlife population, especially your oribi. [The hunters] put a higher value on oribi. The dog which catches the oribi gets more money.”

The distribution of oribi in KwaZulu-Natal, with red dots indicating the location of the 50 farmers who were interviewed for the study.
Image: Endangered Species Research

The zoologists said farmers see taxi hunting as a prime example of “political and legal corruption, and racial tension”.

They added: “The greyhounds that are used for taxi hunting are valuable, highly-trained animals which are owned by businessmen, government officials and high-ranking members of the legal system and police force.

“These individuals have the necessary wealth to purchase greyhounds, as opposed to local community members who hunt with mixed-breed dogs.”

The farmers said taxi hunts have to be prevented before the greyhounds are unloaded. “Once the hunt starts, the only way to intervene is to shoot the dogs, which may result in violence, legal retribution, property damage, theft and intimidation,” said the academics.

One farmer said: “There are threats. They keep warning me that they’re coming to hunt with guns, and they’ll shoot me. Fine. Let them come. We’ll shoot each other.”

Another said: “It’s political. It’s all tied in with all our underlying issues in this country. And you’ve got to be extremely careful now. These guys are extremely well connected. And they won’t hesitate to set fires to your farm in revenge. They could attack you.

“They run to the police extremely quickly. And then they lay counter charges ... and you find you have been charged. And you say ‘What am I charged with?’ It’s always the same things. ‘You called me [a racist name]. You pointed a loaded firearm at me. You assaulted me’.” 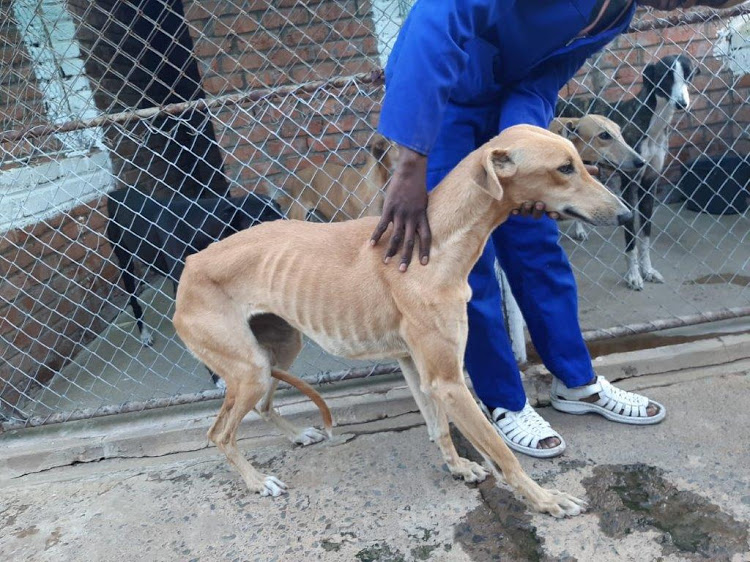 One of the hunting dogs confiscated during a taxi hunt in Tarkastad, Eastern Cape, in May 2020. The 38 dogs were severely malnourished and dehydrated when they were handed over to the Komani SPCA.
Image: Supplied

The farmers told the researchers police will not arrest taxi hunters and often take their side. "[Taxi hunters] come into the police station angrier than we are. And the police support them. They charge us before they charge them. In fact, they never charge them,” one said.

"[The taxi hunters] just walk out. I don’t know of anybody who’s ever been convicted. Ever. It doesn’t happen.”

About two-thirds of farmers said they use private security guards to protect them from armed robberies, thefts, livestock theft, illegal hunting, and vandalism.

"[They] stated that there is less incidence of retribution if private security companies arrest hunters,” said the zoologists.

Hunting by local communities is thus motivated by subsistence needs, social and cultural tradition, and the concept of ukujola, a Zulu term for locally legitimate stealing of a resource based on historical claim to it

They added: "[They] regarded illegal hunting of oribi as a symbol of much larger political and social conflicts in SA, including conflicts over land reform and property rights.”

Meanwhile, local communities argue that they are justified in hunting with dogs on private farms and in protected areas “because they were deprived of their traditional hunting rights and access to resources by the colonial and apartheid governments”.

They also argue that the hunt smaller species, such as oribi, because they have no access to refrigeration. “Hunting by local communities is thus motivated by subsistence needs, social and cultural tradition, and the concept of ukujola, a Zulu term for locally legitimate stealing of a resource based on historical claim to it,” said the researchers.

“Actively engaging local communities in oribi conservation and providing them with options to purchase game meat at prices they can afford may be more effective options to improve community perceptions of wildlife management and their willingness to protect the oribi.

“Although increased enforcement is needed to address taxi hunting, this approach is not appropriate for dealing with subsistence hunting by communities because it is likely to further alienate communities and reinforce ukujola.”

Pienaar said the study touched on “the dark side” of conservation. “We can say, look, the species needs X, Y and Z to survive and recover, but in cases like this, conservation efforts are mired in a complex political, social and historical framework. These much larger issues remain unresolved.”

“A taxi hunt occurs when a group of organised individuals unlawfully enter a farm with starving or trained hunting dogs. The dogs then chase down prey and rip it apart. Targets are also killed with knives, spears or blunt instruments,” he said.

“Taxi hunting is an organised and cruel sport and thousands of rand is usually wagered on the outcome of each hunt. Money is wagered on the dog that will be the first to kill its prey and on the species that will be killed first. The ‘winning’ dog is allegedly sold for between R10,000 and R24,000 after the hunt.”

Taljaard said in the Free State, KwaZulu-Natal and the Northern Cape, farmers are allowed to shoot dogs that are not under supervision and control.

“In the other provinces, only a game ranger or a member of the SA Police Service may shoot stray dogs. We strongly advise farmers to seek legal advice in this regard. It is always risky to shoot first and ask questions later.

“Farmers should be especially careful not to shoot at dogs if their owners are nearby. It often happens that illegal hunters disperse, only to return with the SAPS in tow. The farmer is then accused of attempted murder and pointing a firearm at the illegal hunters.

“This is an uncomfortable situation to be in. Should you find yourself in such a tight spot, you can attempt to claim that you acted in self-defence. However, your actions must have been absolutely necessary as a last resort.”

Three rhino poaching suspects have been arrested in separate incidents in the past seven days in the Kruger National Park.
News
11 months ago

Animal rights organisation Peta has called for an immediate investigation into what is says was a "botched" buffalo hunt at an Eastern Cape safari ...
News
11 months ago

Minister draws a lion in the sand: captive breeding in SA is set to end