Paramedics rush towards gunshots and help victim of drive-by shooting 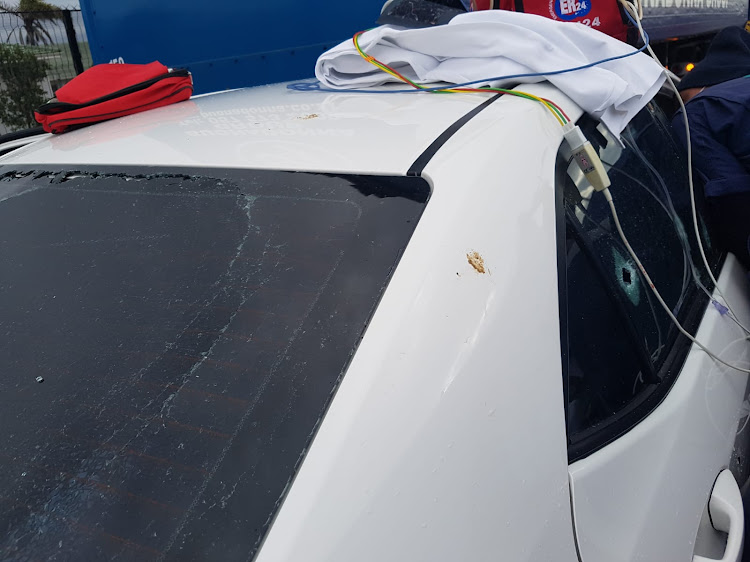 A man was left in a serious condition on Tuesday after a drive-by shooting.
Image: ER24

While paramedics were parked at a Cape Town hospital on Tuesday, they heard multiple gunshots nearby and rushed in the direction of the bangs.

On Racecourse Road in Milnerton, they found a man who had been the victim of a drive-by shooting. Because of their fast reaction, the man was treated and taken to hospital, though he is still in a serious condition.

ER Sports' Russel Meiring said in a statement that the paramedics arrived at the scene at 1.45pm.

“They found a light motor vehicle, riddled with bullets, parked in the middle of the road against a truck. A man was found lying inside. Medics assessed the man and found that he had sustained several gunshot wounds, leaving him in a serious condition,” he said.

The man was treated on scene and taken to Mediclinic , where he was stabilised before being taken to another hospital.

A drive-by shooting at a petrol station in Orkney claimed the lives of three people and left six others injured, North West police said on Tuesday.
News
11 months ago

A week before an attempt to throw a hand grenade at his house in November 2019, anti-gang unit detective Lt-Col Charl Kinnear’s life was already in ...
News
11 months ago