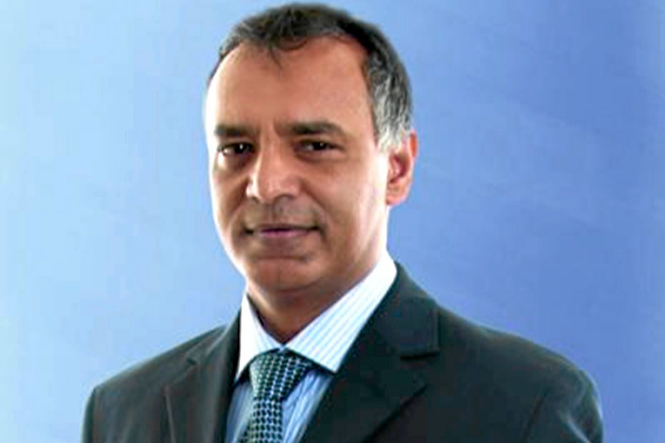 Prof Shabir Madhi: 'The safest time to have the election is when at least 80% of people who are at high risk of developing severe Covid-19 symptoms are vaccinated.' File photo.
Image: Supplied

SA should forge ahead with the October 27 local government elections only if 80% of high-risk individuals are vaccinated against Covid-19 or the country records a consistent decline in Covid-19 mortality rates.

But given the slow rate of the vaccination rollout and a possible fourth wave of infections, this would be impossible to achieve, leading experts said on Tuesday.

Wits University vaccinologist Prof Shabir Madhi and the head of the SA National Aids Council, Dr Fareed Abdullah, expressed these sentiments at the Moseneke inquiry which is conducting public hearings into whether the upcoming elections will be free and fair under lockdown regulations.

Both of the experts poured cold water over the feasibility of holding elections later this year.

“We need to see something substantial, on a scale we have never seen before with vaccine rollout if we want talk about elections in the near future — and even under those circumstances I don't think October is anywhere a possibility,” said Abdullah.

IEC not hell-bent on holding October elections at all costs: Sy Mamabolo

The Electoral Commission is 'not hell-bent' on holding local government elections in the middle of the Covid-19 pandemic, says chief electoral ...
Politics
6 months ago

Madhi said the country would need to be ahead of the game in terms of reaching herd immunity before deciding on a date to hold elections.

“The safest time to have the election is when at least 80% of people who are at high risk of developing severe Covid-19 symptoms are vaccinated.”

Those most at risk included people over 60 and those with underlying medical conditions such as hypertension, diabetes and obesity, said Madhi.

“Based on what we are now seeing with the rollout, it is unlikely that this is going to be achieved by September because you want the 80% target to be achieved at least six weeks before the elections. You need people to be protected first,” he said.

Madhi predicted that a resurgence could strike later in October. Abdullah predicted SA could begin to see the fourth wave in October.

“The peaks are almost six months apart. We don't know when exactly the third wave will peak, probably over the next few weeks, and we'll see that six months regularity and if that continues, then we can expect a fourth wave a bit sooner than earlier suggested.

“If you take the periods between the first, second and third waves, you'll see that there is a two- to three-week gap. It could be a bit earlier, it could be a bit later, but by the time we get to October 27, in my own humble opinion, we will be well into the beginning of the fourth wave,” said Abdullah.

The commission chairperson, former deputy chief justice Dikgang Moseneke, asked the experts to comment on what the situation would possibly look like in March 2022 in terms of the peaks.

Abdullah said this was a difficult question but it was likely that the waves followed the same pattern as in the first and second waves. This was subject to slight change, provided the country's rollout improved significantly.

“The sweet spot that you are looking for, I am sorry to say, justice Moseneke, it doesn’t exist because one time or the other, there will always be a municipality or township that will be having its peak.

“I think the responsible thing to do would be to see a flattening of the mortality curve before announcing any election date. Without actually seeing on the data that mortality curve coming down over a month or two, I think it's adventurous to talk about pulling together a large collection of super-spreader events.”

Moseneke expressed his gratitude for the inputs given by Abdullah and Madhi.

“As we move towards elections, we should keep in mind that the threat to life is much larger than the immediate numbers tend to show,” said Moseneke.

“I am most grateful for this presentation, not only because I need all the help I can find from health scientists, [but] also because it's really so vital, the extent to which you can prevent doing any harm to others through the decisions we make.”

The hearings are ongoing.

The Electoral Commission will urgently approach the electoral court to postpone eight by-elections scheduled for Wednesday in the wake of level 4 ...
Politics
6 months ago

A political party contesting all elections across the country could pay a deposit of six figures.
Politics
7 months ago

Advisory committee divided on which electoral system to adopt

A committee set up by minister of home affairs Aaron Motsoaledi to advise him on changes to the electoral system is divided on which system to adopt, ...
News
7 months ago