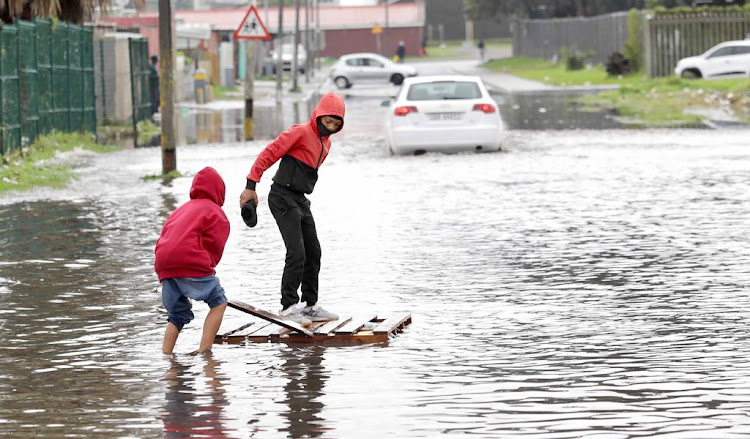 Disaster management teams are on high alert after gale-force winds buffeted the Western Cape accompanied by heavy rain overnight — and more cold weather is in store.

Cold and rainy weather is expected in the province over the next four days.

The department of local government, environmental affairs and development planning said on Wednesday there were no reports of injuries, evacuations or road closures in Cape Town. However, several areas in the province had reported storm damage.

The SA Weather Service issued a warning on Tuesday for gale-force winds with gusts of up to 100km/h. Strong winds have caused damage to some homes and infrastructure along the Garden Route.

The department said in a statement that several houses and structures were damaged and there were multiple reports of roofs blown off in Sedgefield, George and Mossel Bay, and structural damage reported as far afield as Oudtshoorn and Hessequa.

Across the same region there were reports of power outages and numerous trees blown over. There were no reports of injuries, evacuations or road closures.

Gale force winds along the Garden Route have caused extensive damage to homes and infrastructure overnight. The George Municipality says firefighters also attended to several veld fires, which have now been contained.

Local government, environmental affairs and development planning MEC Anton Bredell said conditions were expected to remain cold and wet for most of the province until Sunday.

“Road users should be aware of rubble and trees that may be lying in roads across the province and are urged to drive slowly and carefully over the next few days. Municipalities will continue with mopping up operations during the rest of the week.”

“In the City of Cape Town, no major incidents have been reported overnight beyond some additional flooding challenges due to continued rainfall. The city didn’t get the gale-force wind seen elsewhere in the province. The city continues to assist affected communities with mopping up operations, supported by Sassa.”

In the event of emergency, members of the public are urged to contact the emergency services or toll-free number, 112.

The SA Weather Service has warned of gale force winds hitting the Northern Cape, Western Cape and Eastern Cape from Tuesday night and into Wednesday.
News
1 year ago

Covid-19 fatigue, pure ignorance and zero understanding of virus behaviour are fuelling the rapid spread of the virus in Gauteng, says South African ...
News
1 year ago

Severe weather conditions driven by a cold front that made landfall overnight could lead to an increase in electrical faults in the Western Cape, ...
News
1 year ago

While the Western Cape braces for a cold front, "spring-like" weather is predicted for the north-eastern parts of SA.
News
1 year ago