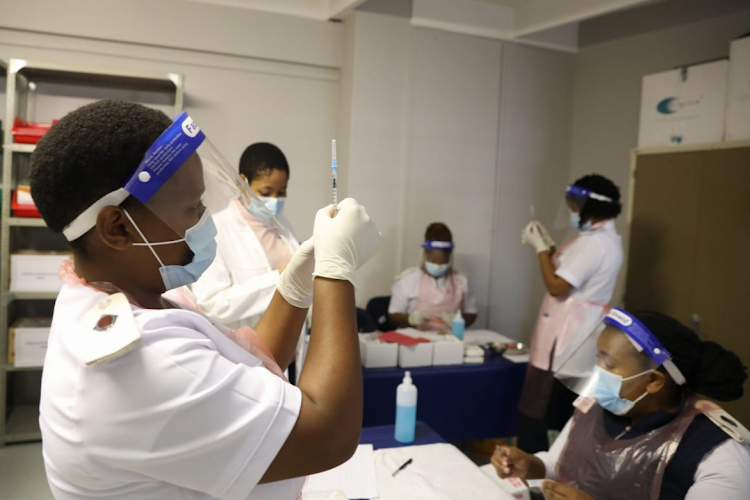 The KZN government has contracted about 15,000 staff to help boost capacity to fight the spread of Covid-19. File photo.
Image: Sandile Ndlovu

KwaZulu-Natal premier Sihle Zikalala revealed on Wednesday that the highly transmissible Delta variant is prevalent in six districts of the province.

Zikalalala made the announcement at a media briefing, where he outlined a battle plan for dealing with the third wave as well as the infectious Delta variant.

The variant was first discovered in India in October 2020 and has come to dominate new Covid-19 infections around the world. The strain is more transmissible than previous variants.

Zikalala said the variant had been detected in the Harry Gwala, Ethekwini, Zululand, King Cetshwayo, Ugu and iLembe districts.

“We have developed our battle plan against this deadly variant. It all starts with acting fast and obeying all the Covid-19 protocols and alert level 4 regulations.

“We are observing that five districts are in resurgence: Ethekwini, Uthukela, Umgungundlovu, Amajuba and Umzinyathi. It is now a race against the third wave for us in these districts.”

Another 226 people were confirmed to have died from Covid-19 in SA in the past 24 hours, as the death toll from the coronavirus pandemic continues to ...
News
10 months ago

The provincial government has contracted about 15,000 staff “to help boost our capacity to fight the spread of this pandemic”. Posts include professional nurses, staff nurses, nursing assistants, physiotherapists, radiographers and clinical psychologists.

“KZN has registered 483 new Covid-19 cases in the past 24 -hour reporting cycle, bringing the total number of reported cases to 352,401. The average number of cases recorded in the past seven days was 753 a day.”

Zikalala said the province was set to kick off the administration of vaccines to police and other security personnel in coming days.

“It is disturbing to know that some of our police members have also suffered through this pandemic.”

Zikalala said in April, 10 police stations in the province had to close because of Covid-19 infections.

“In May, 24 police stations had to be closed and were subsequently reopened after disinfection.

“The number of law-enforcement officers infected by the virus in May was 23, and 14 officers have recovered.”

Zikalala welcomed the announcement by President Cyril Ramaphosa about making vaccines available to police and other security personnel.

“This is an important move that will protect fellow officers.”

Zikalala said enforcement of Covid-19 regulations under adjusted level 4 of the lockdown had been stepped up. He said the focus “will be on residential areas, where there is generally high movement of people, and we will have operations throughout the province”.

“Already work is taking place in areas that have been identified as hotspots, but we will now be beefing up the teams and our operations. Disturbingly, in June, more than 1,763 people were arrested for violating the national lockdown regulations.

“A vast majority were arrested for not wearing masks and for failure to confine themselves to their places of residence during the stipulated times.”

He said there would be enforcement operations in hotspots, operations targeting the illegal movement and sale of alcohol, multidisciplinary roadblocks, and enforcement of the law to ensure adherence to the curfew.

It has been confirmed the coronavirus Delta variant is dominant in Gauteng, accounting for 53% of infections, and is quickly taking over in the rest ...
News
10 months ago

Nations must crush infections, minimise variants and hasten vaccination drives, with the rich assisting the poor
World
10 months ago

Delta variant is dominating SA’s third wave: 5 things you need to know about the Covid-19 strain

Hospitalisations are on the rise in the Eastern Cape, Western Cape and Gauteng, but other provinces could soon see a spike as well, acting health ...
News
10 months ago