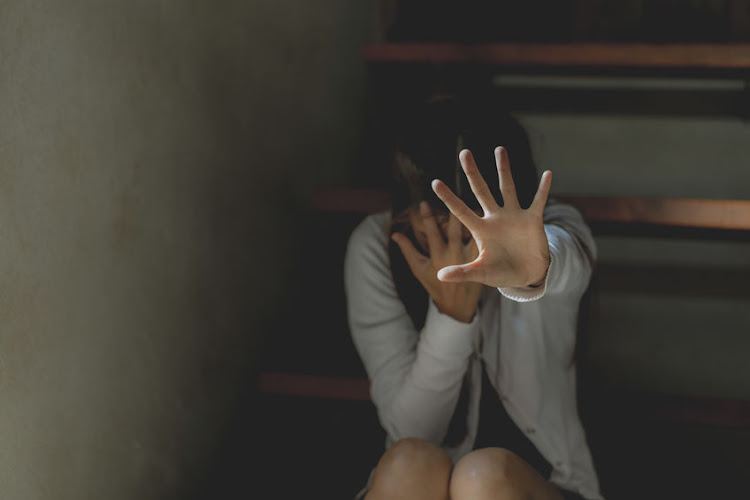 A mother testified that she burst into tears after being offered R3,000 by a Cape Town primary school principal to keep quiet about an incident in which he grabbed her buttocks. File photo
Image: 123rf/Tinnakorn Jorruang

A headmaster who was fired after grabbing a school governor's buttocks then offering her R3,000 to keep quiet about the incident has failed in his bid to be reinstated.

But in a ruling on Tuesday, arbitrator Jacques Buitendag said Kruger, who was principal of Elswood Primary in Elsies River, had been warned before about his conduct towards women, and “unfortunately [it] did not have the desired corrective effect”.

It emerged at the appeal hearing that four female teachers had complained about alleged unprofessional comments by Kruger.

Circuit manager Ralph Mahona told the arbitrator he gave Kruger a verbal warning in 2019 after the principal admitted he might have told the women “jy is sexy (you are sexy)” because it was “in his nature to make jokes with people”.

A school choirmaster who told a 14-year-old singer he wanted to be her "virgin breaker" has failed in his attempt to keep his job.
News
9 months ago

Kruger, a teacher since 1987, was appointed as principal at Elswood Primary in 2018.

In July 2020 he was found guilty of misconduct for acting “in an improper, disgraceful and/or unacceptable manner by touching and/or grabbing the buttocks of ... a member of the school governing body”.

The woman told Buitendag she had been a governor for six years when the incident happened in February 2020 in Kruger’s office.

“He told her he has not seen her for while and asked if he can give her a hug,” Buitendag said in his finding.

“[Kruger] came from behind his desk, gave her a hug and then pressed her buttocks. She was upset about the applicant’s conduct and left his office.

“She did not tell her husband and brothers about the incident because she feared what they might do to [Kruger].

“Some time after the incident she attended a sexual harassment workshop and thereafter decided to confront [Kruger]. She went to [his] office and told him she is upset about what he has done and that it was not right.

“[Kruger] replied he thought that ‘ek het gedink ek kan vir jou maak’. This meant he thought they could have sex.”

When the primary school soccer team he coached were crowned national champions, Ntokozo Mazwi put the achievement down to "zeal, character, ...
News
9 months ago

The woman went to the deputy principal and asked him to accompany her to Kruger’s office, where she explained what had happened and said she planned to complain to Mahona.

Kruger asked to speak to the woman alone, telling her he could not afford to have another complaint lodged against him.

“He offered her R3,000. She declined the offer and felt even more upset,” said Buitendag.

The woman reported the incident to Mahona the following day.

Kruger’s advocate Feizal Rodriques accused the woman of having a grudge against Kruger because he had suspended her son from school in 2019. But she denied being motivated by resentment.

In his testimony, Kruger said he had been surprised by the woman’s allegation because it was untrue, and denied offering her R3,000.

“In as far as the R300 ... he explained he has often in the past given [the woman] money because she was struggling financially,” said Buitendag.

The arbitrator said it was improbable the woman would have waited several months after her son’s suspension to fabricate an allegation against Kruger.

A fired teacher will collect R370,000 back pay and return to her job after an arbitrator said colleagues and pupils conspired to get rid of her.
News
7 months ago

“If she wanted retribution or revenge or was seeking some form of distorted justice then the natural course of action would be to directly approach [the deputy principal] or Mr Mahona with the allegation and not to first confront the applicant alone in his office,” he said.

“If [Kruger] was aware their relationship was not on a good footing because of her child’s suspension, why would he often give [the woman] money? And why would he hug a person who is not on good footing with him?”

Buitendag said the woman went to the deputy principal’s office after her private conversation with Kruger and burst into tears, telling him about the offer of money.

“The probabilities favour an inference that [Kruger] indeed offered [the woman] R3,000. This is not the conduct of an innocent man,” said Buitendag.

“It is more the conduct of a man who knows that if another woman complains at the district office about him that there will be dire consequences and wants to prevent that at all cost.

“This probably also explains why [Kruger] would give his accuser R300 to visit a doctor. The improbabilities in [his] version go to the heart of his credibility as a witness.”

Dismissing Kruger’s appeal, Buitendag said: “[His conduct] during the hug he initiated was not only inappropriate and unacceptable. Pressing her buttocks was disgraceful and uninvited.

“Instead of apologising, [he] told [the woman] he thought that he ‘could make her’ and later he attempted to pay for her silence. This is not the example a principal must set at a school.”

"Even when a child dies, it doesn’t matter," said Lesego.
TshisaLIVE
7 months ago

The two Eastern Cape teachers were fired in their absence over incidents in 2019 in which they and a school clerk plied 16-year-olds at Bashee ...
News
7 months ago

The Education Labour Relations Council (ELRC) has dismissed a KwaZulu-Natal teacher for sexually abusing a pupil over a period of two years.
News
8 months ago