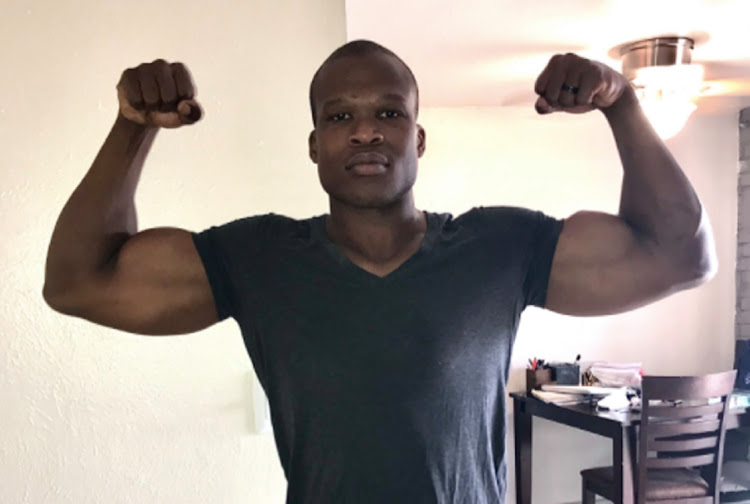 An investigation by Honolulu authorities has found that the police were justified in fatally shooting Lindani Myeni.
Image: Facebook / Lindani Myeni

The Hawaiian police officers who shot dead former SA rugby player Lindani Myeni in Honolulu in April will not be criminally charged for his murder.

This was revealed by the island’s authorities in a press conference held on Wednesday.

Myeni's wife, Lindsay, said on Facebook this was one of the lowest days in her life.

“Regardless of these painful trials, everything is going to be OK eventually,” she shared. “My worst fear has already come true, there’s nothing more anyone can do to my man. He’s at peace now and that’s still all that matters to me at the end of the day.”

HawaiiNewsNow reported that during the conference, prosecutor Steve Alm gave a detailed presentation into investigations conducted by his office which concluded that Myeni’s “shooting was justified”.

“The officers who responded to this ended up trying to use multiple non-lethal, non-deadly force methods before they used service firearms,” Alm was quoted as saying.

TimesLIVE gives you an exclusive look into the life of the former rugby player, from his humble beginnings to the fateful night he was shot dead by ...
News
8 months ago

Myeni, aged 29, had recently moved to Hawaii with his US-born wife and their two children. Earlier this month, doorbell footage from the holiday home where Myeni was killed was released. The three-minute long footage revealed that Myeni could have possibly been lost and had mistaken this residence for a Hare Krishna temple which was right next to the house.

In his presentation, uploaded by the Honolulu Star-Advertiser, Alm said a woman occupant of the house gave evidence that Myeni had walked into their house, even sitting on a chair in the foyer after telling her that he lived there and making bizarre statements.

“First he said, 'I have videos of you. You know why I’m here.' Puzzled and frightened ... [she] thought Myeni was attempting to extort her.

“She asked him to leave several times, threatening to call 911 if he didn’t. She said Myeni responded by saying, 'Tell them I’m from SA. I’m on a hunt. I’m on a safari,' adding 'We’re hunting. There’s no time.'

“Myeni commented that he was not afraid of the police and that he would sleep outside.”

When police arrived, he refused to comply with police instructions to get on the ground and instead attacked one of the officers.

WATCH: During a news conference today, city Prosecutor Steve Alm laid out why his office has concluded the fatal...

“Myeni charged at officer three and punched him with closed fists. Myeni continued to attack officer three while he was on the ground. Officer two attempted to take Myeni to the ground but was unsuccessful.

While there had been a huge outcry that police had used excessive force on Myeni because he was black, Alm said their investigation could not find any evidence that race played a role in the incident.

Alm said Myeni’s stature also played a role in the way police reacted, saying he was much stronger than the police. One of the officers who Myeni had allegedly tackled during their scuffle was said to have sustained a serious concussion. He has not yet returned to work.

The Justice for Lindani Myeni group said on Facebook it intended to challenge the prosecution office's decision.

“There is much work to be done to secure an independent federal and international investigation,” said the group.

WATCH | A ‘warrior’ on the field, a ‘flower’ off the field: Lindani Myeni remembered by former captain

Clear morning light spills onto the deep frown Thokozani “Twin” Mdluli wears while he sits on the spectator stands nestled between Empangeni Rhinos ...
News
8 months ago

‘He said he saw graves of his ancestors, they were embracing him’: Lindani Myeni's widow

Lindsay Myeni, who is preparing for legal action against Honolulu police after the death of her husband Lindani Myeni, says that in the last hours of ...
News
8 months ago

"I don’t want to raise kids that are considered black in America, where it's clearly not safe,” Lindsay said.
News
8 months ago