Ekurhuleni mayor Mzwandile Masina tweeted on Sunday morning that Mugg & Bean was shutting its doors across the country. His tweet has since been deleted as the restaurant chain said this was 'fake news'. 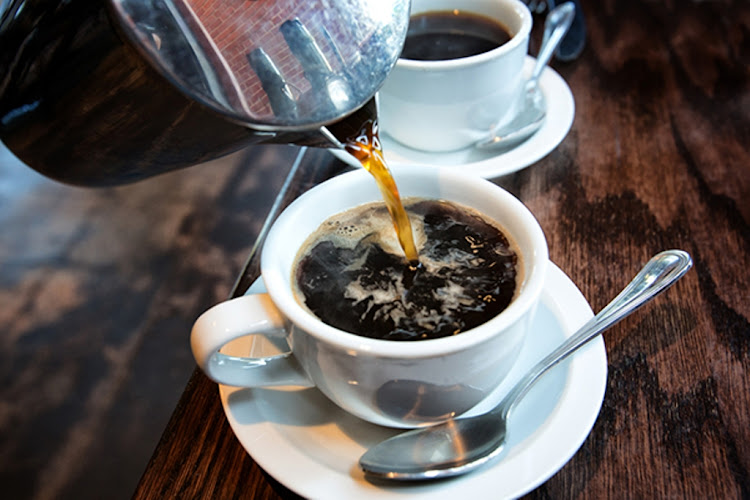 Ekurhuleni mayor Mzwandile Masina announced on his Twitter page that Mugg and Bean South Africa had closed down, and then deleted his tweet.
Image: iStock / Grandriver

Restaurant chain Mugg & Bean said on Sunday that its business in SA was not closing.

This comes after Ekurhuleni mayor Mzwandile Masina tweeted on Sunday morning that the chain was shutting its doors across the country.

In his tweet, Masina said: “Morning people of SA, as we are busy arguing why Zuma must be incarcerated, Mugg & Bean SA has announced its permanent closure in SA. Since the start of the pandemic, when are we going to start discussing problems that confront our people.”

His tweet has since been deleted, amid the denial by Mugg & Bean. 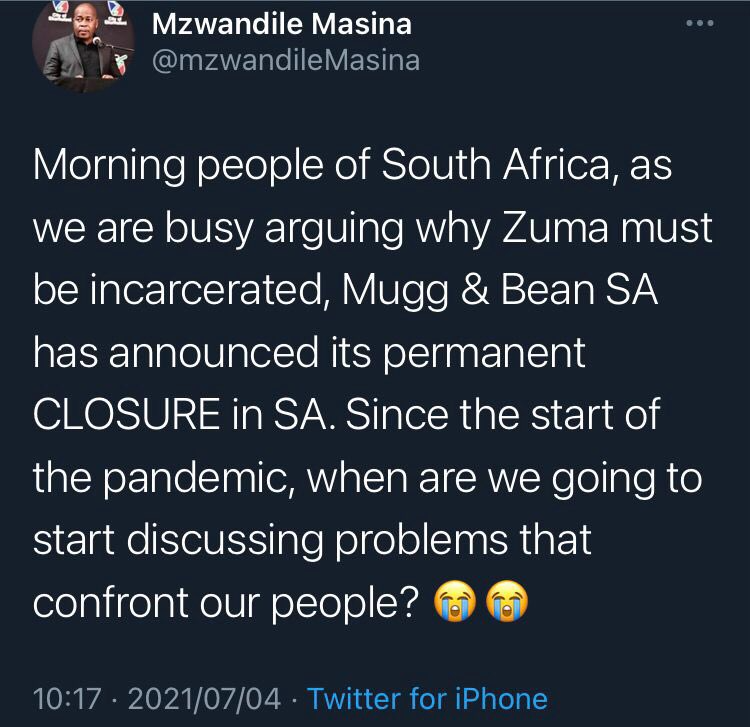 A tweet from mayor Mzwandile Masina, which has since been deleted, claimed that the Mugg & Bean restaurant chain was closing its doors in SA.
Image: @mzwandileMasina via Twitter

“We are aware of fake news doing the rounds,” said the restaurant franchise on its official Twitter page. “Mugg and Bean is not closing. While sit-down dining is not currently allowed, the majority of restaurants remain open to bring you your favourite M&B meals via delivery, collection and takeaway.”

Masina’s Twitter page has been a news generator for some time. Most recently he tweeted about the now-infamous Pretoria News story about Thembisa mother Gosiame Thamara Sithole giving birth to ten babies.

His tweet, in which he claimed to have been informed by the parents of the decuplets that the babies were well, further befuddled healthcare workers, government officials, and journalists who were on a wild-goose chase to confirm the story.

Masina, who is the ANC’s Ekhuruleni regional chairperson, also famously tweeted that he would resign from the ANC if Cyril Ramaphosa were elected president.

Ekurhuleni mayor Mzwandile Masina could face a motion of no confidence if the DA succeeds in having its motion tabled before the council.
News
1 year ago

Ekurhuleni mayor Mzwandile Masina said his office had met the family and released a statement on behalf of the family confirming the births.
News
1 year ago

Ekurhuleni mayor Mzwandile Masina confirmed on Wednesday that his office had met with the family of the woman who gave birth to 10 children this week.
News
1 year ago