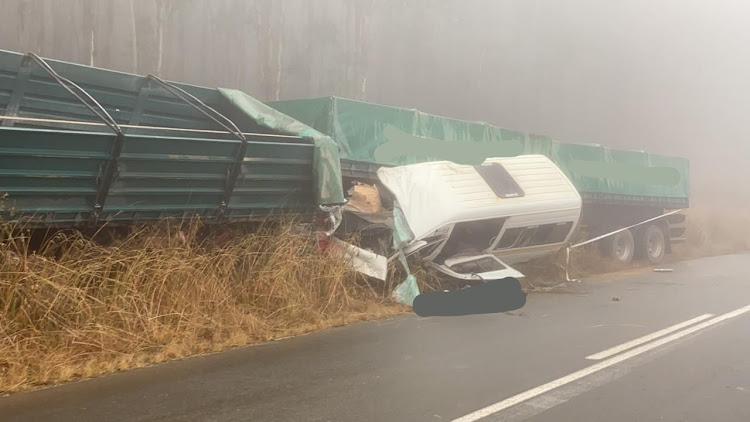 Six people were killed in separate crashes on KwaZulu-Natal roads on Monday morning.

“They were transported to hospital for further treatment,” he said.

The cause of the crash was not known at this stage and is being investigated by the police.

Emer-G-Med spokesperson Kyle van Reenen said three people were killed in a collision involving a Toyota Hilux and a heavy-duty vehicle on the N3 near Harrismith.

“Emer-G-Med paramedics arrived at the scene on the national highway, near the Eetam off-ramp, to find the Hilux had collided in a T-bone fashion with the heavy-duty vehicle, leaving five occupants of the Toyota severely trapped in the wreckage. 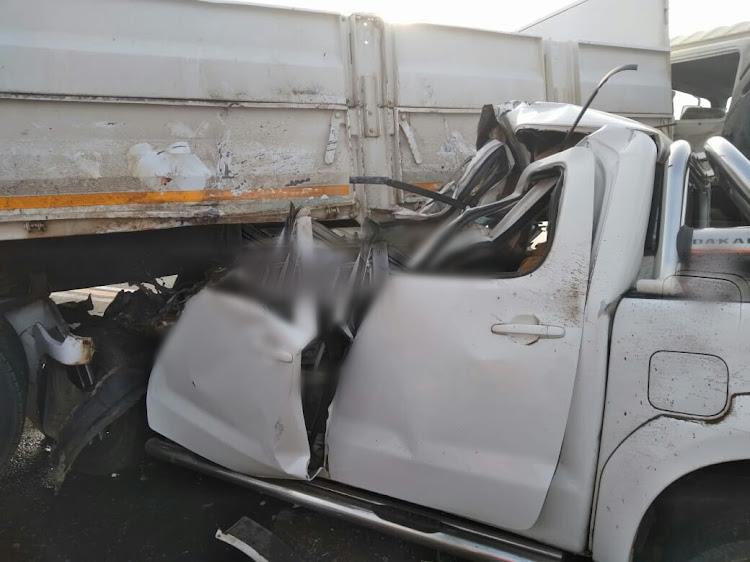 Three people were killed in a collision involving a Toyota Hilux and a heavy-duty vehicle on the N3 near Harrismith.
Image: Emer-G-Med

“Three occupants were found to have sustained fatal injuries and were declared deceased on arrival, and two others were found in a critical condition,” he said.

Paramedics worked to stabilise them, using advanced life support intervention techniques, while rescue technicians cut them free from the wreckage using the jaws of life.

“Once free, they were transported by ambulances to nearby hospitals for urgent medical care,” said Van Reenen.

“A driver and single occupant of the heavy-duty vehicle suffered moderate injury and were treated and stabilised on the scene before being taken to a local hospital for further care.”

A man who hitched a ride on the back of a heavy duty vehicle unbeknown to the driver, was killed when another truck crashed into them on the N3 ...
News
10 months ago

A truck driver had his legs amputated by a trauma surgeon after efforts to extract him from the wreckage of a crash on the East Rand using hydraulic ...
News
10 months ago